Crypto investments that are greener than Bitcoin 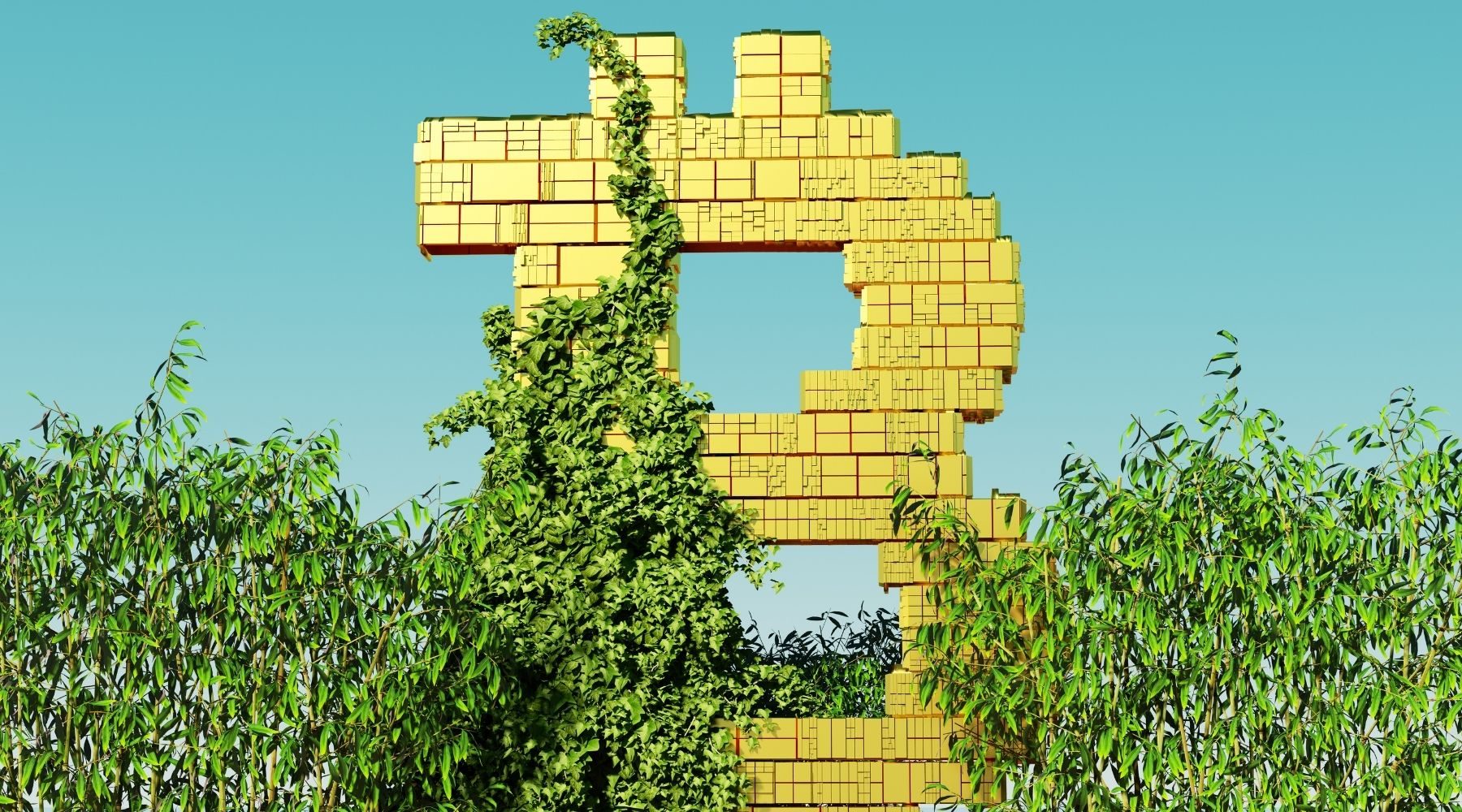 Debate rages over the environmental impact of crypto, but some options are greener than others.

In partnership with City Index. Trade CFDs on over 4,500 global markets across popular indices, shares, forex, commodities, and cryptocurrencies. Choose a trusted broker, with over 35 years industry experience in forex and CFDs. Learn more.
CFDs and forex are risky investment products and most clients lose money trading. Consider whether this is right for you before making a decision.

Bitcoin may be positioning itself as the currency of the future, but its environmental impact remains highly contentious. On one hand, the network consumes vast amounts of energy. On the other hand, Bitcoin mining can use energy that would otherwise have been wasted and there are moves from the industry to better embrace renewables.

According to City Index market analyst Tony Sycamore, the Bitcoin network uses as much energy as the country of Argentina, but a decision by China earlier this year saw the country expel many Bitcoin miners who were using cheap, coal-generated energy.

"The decision... resulted in some miners relocating to countries or regions that offer energy at competitive prices coming from renewable sources or offset by carbon credits," he told Finder.

However, for traders and investors who are still uncertain about the environmental efficacy of Bitcoin, there are alternatives. With this in mind, here are some crypto investments that are arguably better for the environment than Bitcoin.

Ripple (XRP) is one of the most well-known cryptocurrencies, having ranked in the top 10 tokens by market cap for a number of years. Unlike some of its competitors, Ripple's consensus mechanism was designed with environmental sustainability in mind.

Due to the unique way it validates transactions, XRP consumes 0.0079 kilowatt hours (kWh) per transaction, compared to Bitcoin's proof of work (PoW) protocol, which consumes approximately 707kWh. That's a difference of nearly 90,000%.

This marked difference in energy consumption is not the only driving factor in Ripple's superior sustainability. In September 2020, Ripple's development team, in conjunction with The Energy Web Foundation, committed to the Ripple ledger becoming completely decarbonised, switching its operations to running on renewable energy assets. This was the first public blockchain to address cryptocurrency's environmental concerns in such a fashion.

💡 Did you know? Ripple is available to trade as a CFD via City Index. Trade with market spreads from 0.6 and margin rates from 50%.

[SPONSORED] We chatted to 5 experts to see what they think about crypto's environmental impact.

When comparing some of the highest-profile cryptocurrencies in terms of raw energy consumption, IOTA ranks among the best, outputting a relatively minute 0.00011kWh per transaction. This is even more energy efficient than XRP and, for context, a device running an IOTA node uses approximately 1/200th of the energy consumed by a lightbulb when validating a single transaction.

IOTA's ledger technology (named Tangle) eschews a blockchain in favour of a protocol known as direct acyclic graph (DAG) which doesn't involve any of the sustainability issues associated with using miners. Its system is set up to be run on low-powered, small devices (like phones or smart appliances) which inherently improves its energy efficiency.

IOTA's developers have further committed to becoming climate-change conscious, with a new 2021 upgrade known as Chrysalis aiming to reduce its environmental impact by 60%.

As cryptocurrency has evolved, more and more blockchain technologies are moving away from the energy-intensive PoW consensus mechanism used by Bitcoin. The most prominent new protocol is the proof of stake (PoS) mechanism, widely used by many modern cryptocurrencies including Cardano (ADA).

PoS relies upon using validators to verify transactions instead of using energy-hungry mining hardware. Validators only need a run-of-the-mill computer set-up to verify transactions and are required to stake a substantial amount of assets (in the form of ADA coins) to help ensure their honesty. If they attempt to cheat the system, then their assets are seized or destroyed, creating a financial incentive to act in good faith.

While innately more energy-efficient than PoW mining, Cardano (ADA) has implemented a system known as Ouroboros which takes it to another level.

According to Cardano's founder Charles Hoskinson, the technology only consumes about 6GWh of power annually, compared to Bitcoin's whopping 115,850GWh.

Although Cardano's kWh per transaction (0.5749) is less efficient than IOTA's (0.00011) and Ripple's (0.0079), its immense scope for scalability means that even if the blockchain continues to grow, its environmental impact should remain relatively minimal.

SPONSORED: It may be controversial, but gold remains popular with many seasoned investors.

BitGreen is a unique entrant on this list. While the other cryptocurrencies were developed with environmental sustainability as a secondary focus, BitGreen is a network built in direct response to Bitcoin's negative impact on climate change.

Not only is its PoS protocol one of the most environmentally-friendly consensus mechanisms in the crypto sphere, BitGreen's platform actually incentivises and rewards environmentally-conscious behaviour.

For example, users can earn a portion of BITG by performing actions like carpooling, volunteering and drinking coffee from sustainable cups.

Stellar (XLM) is one of the older cryptocurrencies, having been launched in 2014. Developed as a fork of Ripple (XRP), Stellar has brought across Ripple's environmentally conscious philosophy into its core principles.

In fact, according to the Poseidon Foundation (a blockchain initiative dedicated to reducing the technology's carbon footprint), XLM transactions only use a fraction of the energy that Visa payments do.

The main difference between Stellar and Ripple is their market. Ripple is focussed on bridging the gap between digital and traditional currency for banks, whereas Stellar has more of an eye on everyday, global exposure.

Another way of reducing your carbon footprint when investing or trading cryptocurrencies is to trade derivatives products. These are indexed to the price of the underlying asset, which means there is no need to transact the actual cryptocurrencies themselves. This eliminates the root cause of emissions, which are generated with each transaction.

Of course, this also means you can't use the associated cryptocurrency for its intended purpose, but for those who just want to speculate on the price of these assets then it should not be an issue.

Contract for differences (CFDs) are a derivative that tracks the price of an underlying asset, allowing speculators to go long or short. This allows investors to gain exposure to an underlying asset (such as Bitcoin, Ripple or Ethereum) in a way that is distanced from the computational costs of cryptocurrency transactions .

CFDs are open-ended and can be held as long as desired, with the difference between the underlying asset's entry and exit price used to determine profit or loss once the contract is sold.

Cryptocurrency CFDs can be traded through a number of providers in Australia, including City Index, where you can trade CFDs across Bitcoin, Bitcoin Cash, Ethereum, Litecoin and Ripple.

SPONSORED: Tips that could help you get better as spotting the perfect trade entry (and exit).

Futures are another derivative that crypto investors looking to be environmentally savvy could consider.

Purchasing futures is similar in principle to buying a CFD – they provide exposure to the price of an asset without actually ever owning the asset. Like with a CFD, futures contracts are paid out based on the difference between the starting price and exit price.

The primary feature of futures is that they are used to speculate on prices over specified periods of time with a set expiry date.

[Sponsored] Speculate on crypto volatility without owning it. Trade across 5 different cryptocurrencies, including Bitcoin, Ethereum and Litecoin.
Learn more