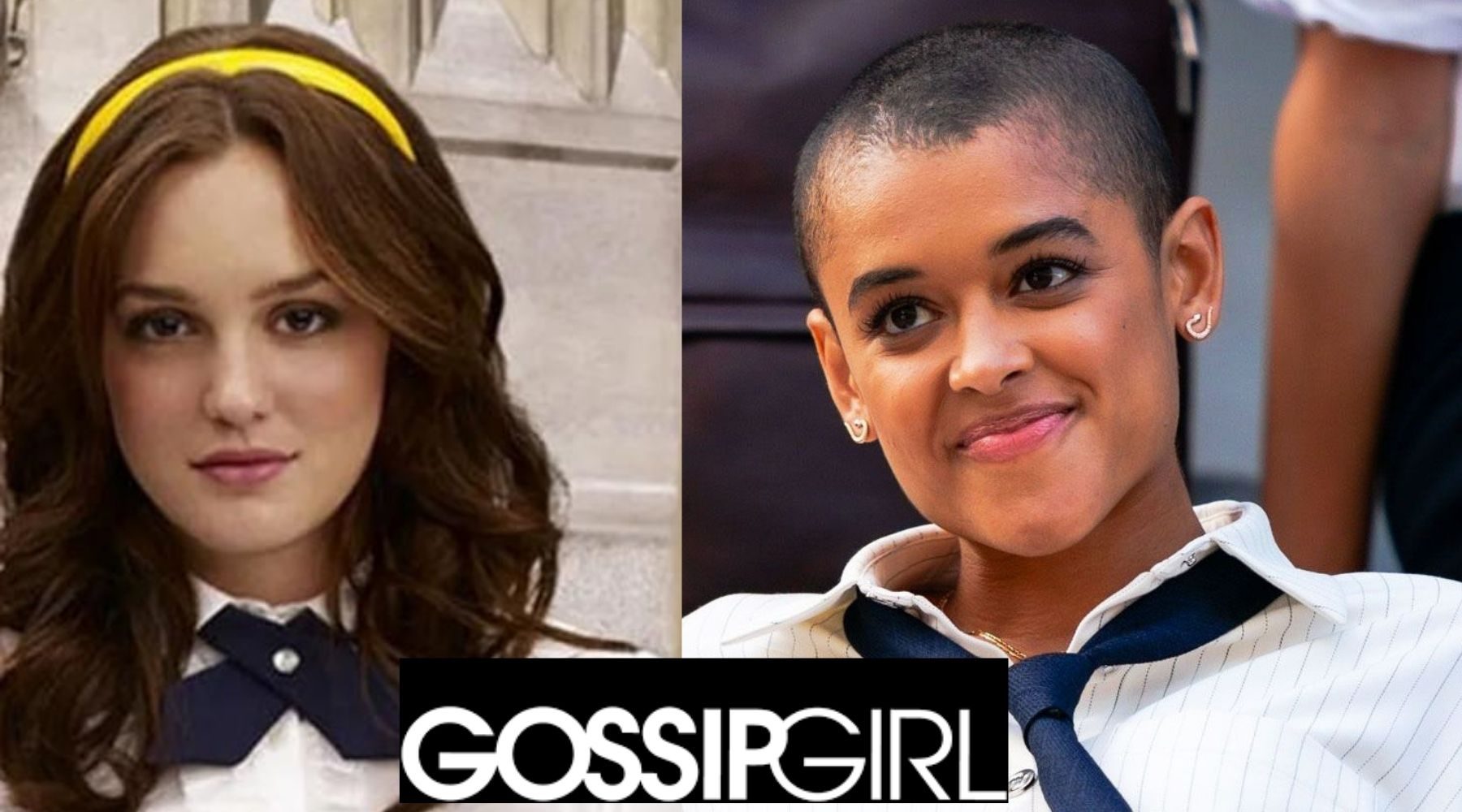 The anonymous blogger is back to wreak havoc on a whole new generation.

It's difficult to convey the influence of such an iconic series like Gossip Girl. The show aired for six seasons from 2007 to 2012 and never broke rating records, but its impact on pop culture is undeniable.

Plus, thanks to streaming services, more people have become acquainted with New York's fictional elite in the last decade. That has only boosted the show's popularity among younger audiences.

All in all, there's no wonder Gossip Girl is getting a reboot. Following a new generation of private school teens, the 2021 version of the show looks fresh and OMG-worthy, so there's plenty to get excited about.

When is the 2021 Gossip Girl reboot releasing?

New episodes of Gossip Girl will premiere in Australia on 8 July, the same time as the show drops in the US on HBO Max. In other words, you won't have to live in fear of dreaded spoilers. A new trailer dropped on 10 June (see below) giving much more insight into the look and feel of the new version.

How to watch the new Gossip Girl reboot in Australia

Gossip Girl will be available in Australia on streaming service BINGE. The platform hosts a wide library of TV shows and movies as well as reality TV, documentaries and kids' content.

Subscriptions to BINGE start at only $10 a month and new users get a 14-day free trial. Recent highlights on the service include Mare of Easttown, Oslo and Friends: The Reunion.

The new Gossip Girl will also be available to watch on Foxtel and Foxtel Now.

In the meantime you're able to watch all six seasons of the original Gossip Girl on BINGE, Foxtel and Stan.

What is the new Gossip Girl about?

The original series revolved around a group of privileged high school students in New York, who lived glamorous lives and had the habit of constantly hooking up with each other. The downside of always being in the spotlight? Their every move was carefully chronicled online by an unknown and seemingly omniscient blogger called Gossip Girl.

The reboot is set in present day, almost a decade after the Gossip Girl website went dark. It takes place in the same world but follows a new generation of teens, who once again live under the watchful eye of Gossip Girl – though this time around, might we be talking more about a social network than an actual person?

Given that the world has changed and social media is more ubiquitous than ever, it will be interesting to see how the series tackles online gossip in 2021.

Who stars in the new Gossip Girl reboot?

We're happy to report that Kristen Bell returns as the voice of the anonymous blogger and will narrate the series.

Otherwise, the new Gossip Girl features a main cast of mostly fresh faces – including Jordan Alexander, Eli Brown, Thomas Doherty, Tavi Gevinson, Emily Alyn Lind, Evan Mock, Zion Moreno, Whitney Peak and Savannah Lee Smith. Given Gossip Girl's international appeal, we can almost guarantee that they will be worldwide stars in no time. Laura Benanti, whom you might know from Supergirl or Nashville, will also appear.

There's no official news yet on whether anyone from the original series will have cameos, but we're hopeful to see at least some familiar faces around. Or maybe just learn about what Serena, Blair and company are up to today?

Over the course of the new series, we're expecting delicious plot twists, maddening love triangles and jaw-dropping reveals. The fashion and music of the show will likely be the stuff of dreams. On that note, original costume designer Eric Daman - responsible for many of the Gossip Girl looks that successfully stand the test of time - is working on the reboot as well.

One thing that we know for sure is that this version will be more inclusive than the original, which is always a good thing. There's a good chance it will also be less problematic, since the original featured some storylines that didn't age particularly well.

"No slut shaming. No catfights. Those are not things I believe need to be in this show for it to be fun. Or any show? GG2 is sex positive and our characters use their brains, not their brawn, to take you out!" showrunner Joshua Safran tweeted. The characters will still be pitted against each other and down to do devious things (it wouldn't be Gossip Girl otherwise!), but won't cross the line into actual physical violence.

According to Safran, this version will also be less frantic. "This version of the show doesn't burn through plot quite like the original did. Perhaps people won't like that, but there's many more slow burns this time around," he wrote.

Until Gossip Girl 2.0 lands in Australia this July, a re-watch of the original might be in order? All episodes are available to stream on BINGE, Foxtel and Stan.

Not familiar with BINGE? Learn more in our dedicated BINGE review. Looking for a new show between now and July? See every new season and title in streaming released in June.