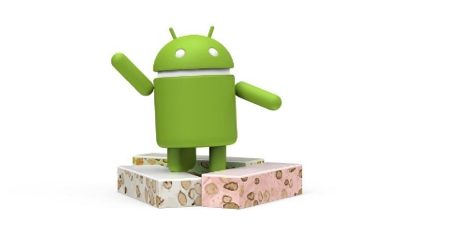 What’s new in the latest Android release, and how you can get it a little early.

Google never formally set a date for when Android 7.0 Nougat would be released, but the announcement of the LG V20, the first phone that will ship with Android Nougat pre-installed gave the company a pretty short timeframe to work on if it also wanted to stay true to its ideal of releasing Android to its own Nexus devices first. Google did so yesterday, formally announcing the release of Android 7.0 Nougat over on the Android Blog.

A lot of the changes in Nougat are under-the-hood code changes designed to make Android run faster and use less battery power, so at first, you might not actually spot all that many front-facing changes.

One of the larger changes is the formal adoption of Multi-Window mode for apps. This isn’t entirely new in the Android space, with devices like Samsung’s Galaxy Note range having offering multiple app windows, but with Google baking it directly into the operating system, there’s more scope for it to work across many apps, rather than the small number most handset or tablet manufacturers have enabled. It’s not guaranteed for every app, depending on its processing and screen display needs, but it’s a very welcome step, especially for larger screened phones and tablet users with a focus on productivity.

On the more fun side, Android Nougat supports over 1,500 different emoji. Notifications now allow you to reply directly from the notification rather than having to open an entirely new app each time. If you're constantly running over quota on your mobile plan, the inbuilt Data Saver feature, which limits background app access to mobile data, could be a real money saver.

Phone users who decry their batteries running low may see some improvements with Android Nougat’s improved Doze feature, designed to minimise battery wastage. As always, any power saving measure can have varied effects depending on your make of phone, the life of the battery and your overall usage patterns.

Who can get Android 7.0 Nougat?

As has long been the case, Google’s own Nexus devices are first up for a helping of Nougat. It’s a relatively short list of devices that will be eligible for an official update, however. Specifically, the supported list per Google is:

Older Nexus devices are not officially supported for Android 7.0 Nougat.

Presuming you’re using one of those supported devices, you should at some stage be offered the update as an over the air (OTA) download, but the timing of when that will officially happen is rather (ahem) up in the air. The rollout is a phased one designed to happen "over the next several weeks", according to Google.

You can always check on your Nexus device by heading to Settings>About Device>Software Updates to see if the Android 7.0 Nougat update is waiting for you. Bear in mind that if you got your Nexus device through a carrier, it will have to pass their carrier testing before the update is officially available to you, although signs are that Australian carriers are proceeding with that testing.

I don’t want to wait! Is there any way to force the update?

There are a couple of ways you can update a Nexus device to Android Nougat rapidly if you don’t want to wait, although they’re not without some small risk. Proceed with caution, and back up your data beforehand.

If you’re comfortable flashing new Android images to devices, Google has the factory images for several Nexus devices available to download now. At the time of writing it doesn’t cover all applicable devices, however.

Your other option is to register your Nexus device for the Android beta program, and grab the 7.0 update that way. To do so, head to the link above on your Nexus device, and enroll it for the beta program. With 7.0 live, it should offer you the update either immediately or within 24 hours. In our testing, a notification popped up within seconds on a qualifying Nexus device. The update is fairly large and will take some time to download, so make sure you’re on a Wi-Fi connection to avoid excess usage charges.

Technically this also means you’d receive future Android updates in their beta form, but once you’ve upgraded to full 7.0, you can always remove your enrolment, which would qualify you only for the latest stable release, which happens at this time to be Android 7.0 Nougat. It's still not the official release path, however, and Android 7.0 is still brand new software, so you may run into unexpected bugs or quirky behaviour.

I don’t have a Nexus phone or tablet. When will I get Android 7.0 Nougat?

As with all Android devices, this is a question of both manufacturer interest and carrier testing. For older Android devices the likelihood is very strong that you won’t see official Android 7.0 Nougat updates officially.

For newer devices, it’s something of a waiting game. Sony’s already known to have been working on Android Nougat for some time, but it’s not officially stated when that work will translate through to newer devices such as the Xperia X series phones. Likewise, Samsung’s Galaxy Note 7 has only just launched, but with Android 6 ("Marshmallow") rather than Android 7.0, and Samsung has been notably rather slow with full release updates in the past.

LG has sometimes been a little more rapid, and there’s a good sign in that direction thanks to the LG V20 already being confirmed for Android Nougat. Motorola, as a company once owned by Google, also has a track record in being relatively swift for its small family of phones. HTC has had mixed results with updates historically, although it has improved recently for updates. Huawei of course manufactured the Nexus 6P, but with a wide range of other devices it's very much up in the air when you'll see Android N on other Huawei phones.

All that being said, if you’re a Nexus owner with a qualifying phone you should see Android 7.0 Nougat appearing on your device within the next couple of weeks. For everyone else, officially speaking, it could be months, or possibly never.