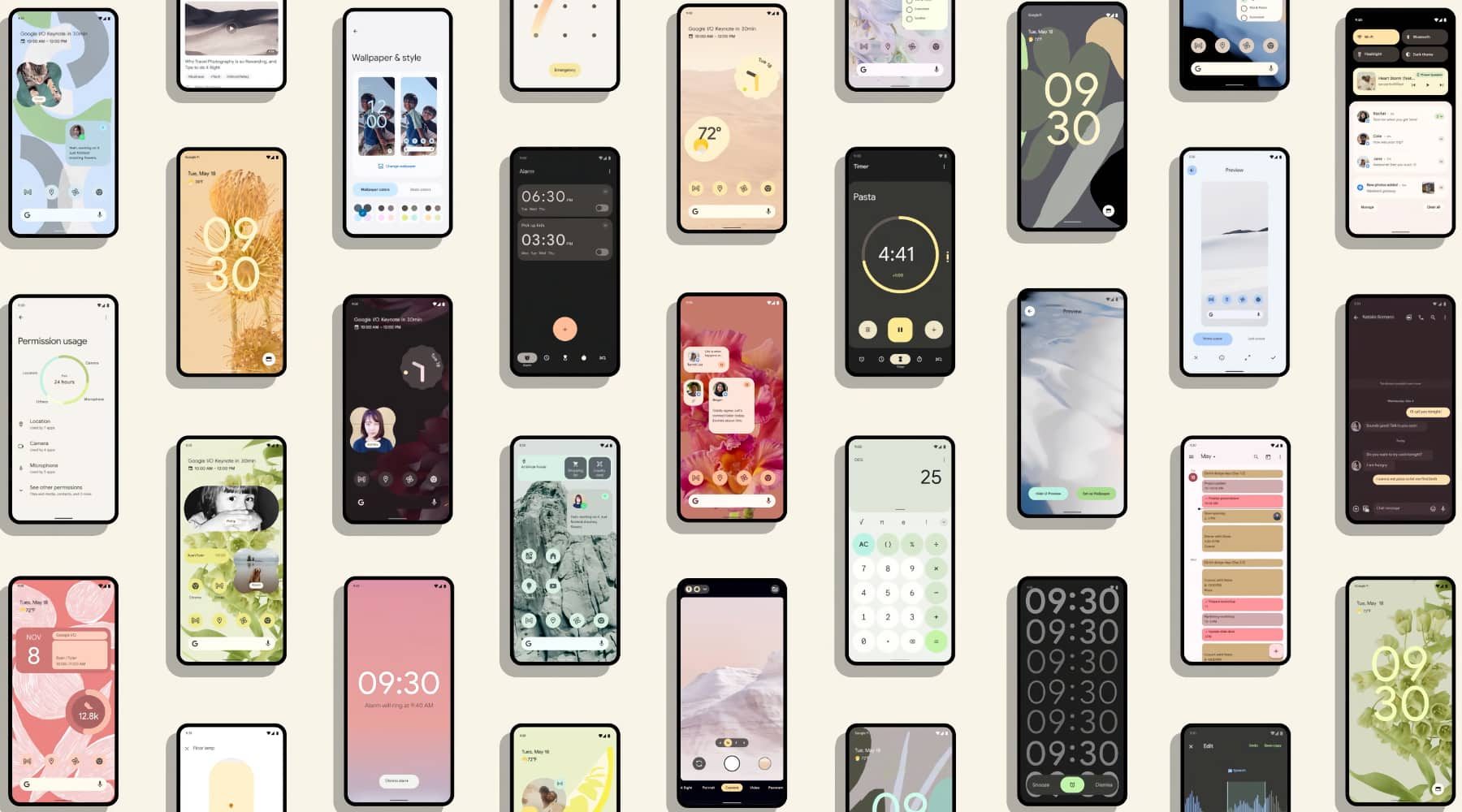 Overnight, Google held its keynote for its Google I/O developer conference. It's an annual event and gathering of developers and Google boffins covering off the search giant's plans for software and hardware over the next year, similar in concept to Apple's WorldWide Developer Conference (WWDC).

What new hardware did Google unveil? 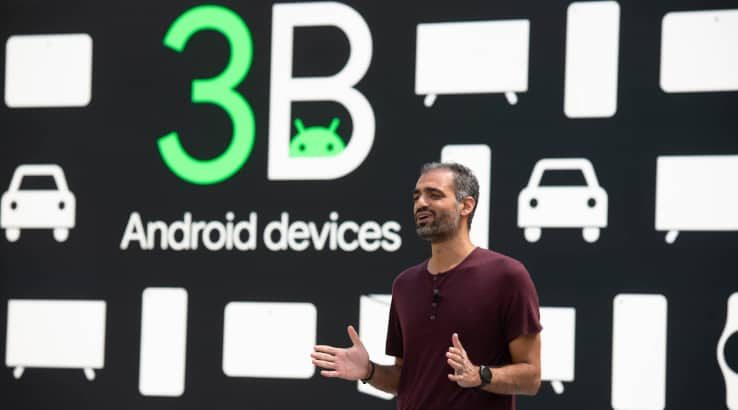 Really, nothing, or at least nothing that was a consumer-facing product in any way, because ultimately there are servers and processors making all of Google's AI work behind the scenes.

While prior Google I/O have revealed everything from Pixel phones to Google Glass, it actually makes a certain amount of sense, because it is ultimately all about hooking developers in, and what they care about is software. Key to those ambitions are Google's plans for Android 12.

For Android 12, Google's announced a new design system or language which it's calling "Material You". The consumer-facing side of this involves new colour schemes and the ability to draw panels and widgets with colours drawn from whatever you choose your phone's wallpapers to be.

Android 12 will also introduce a slew of new privacy features under what it calls the "Android Private Compute Core". New features include the ability to only share your general location with an app rather than GPS-specific details.

You'll get notification icons that pop up at the top of the display to let you know if an app is using your camera or GPS, even when minimised, something that Apple's IOS has had for a while now. A new privacy dashboard will give you a one-shot glance at which apps are using your data and how, making it easier to keep yourself as private – or public – as you wish online.

Google also says it's making big changes to its camera apps to accommodate a wider range of skin tones, something that AI-led cameras have struggled a little with in the past.

If you've got a high-end vehicle and an Android phone, you'll soon also be able to use your phone as a digital car key using Ultra Wideband (UWB) technology. Google's only announced BMW as a partner for that effort so far, but it's an open platform for car companies to use.

If you're forever losing the TV remote and you've got an Android TV, an update in Android 12 will also allow you to use your phone as a remote control for your TV. That won't rely on an IR blaster as found in a vanishingly small number of phones these days, but instead a direct link between your Android TV and your Android phone.

Under the hood, Google says that Android 12 should run faster than Android 11 even on existing hardware, with an up to 22% reduction in core system services processor usage. That's less inherently sexy than a new visual design, but arguably a tad more useful when you're actually trying to use your Android 12 phone.

Which devices can get Android 12?

To the shock of nobody, Google's Pixel phones are first in line for the Android 12 beta. If you're rocking, for example, a Pixel 4a 5G, you can sign up for the Android 12 Beta at Google's dedicated site. You've got to have at least a Pixel 3 or newer to qualify for Android 12. This is beta software, however, so bugs are almost inevitable. It wouldn't be smart to install that on your primary phone.

As it has done in years past, Google's also teamed up with third party Android phone makers, all of whom will offer the beta. Here's the full list of compatible brands.

Google has a page set up with install instructions for eligible phones here.

Notably absent from that list is Samsung, easily the biggest seller of Android devices, although the South Korean company did announce that it would offer multi-year updates for its flagship Android phones recently.

Speaking of Samsung, while it wasn't part of the early beta list, it did have a surprising software announcement of its own as part of Google I/O 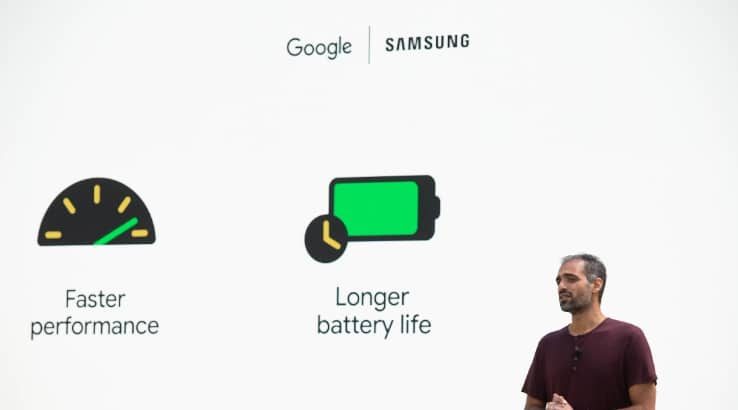 The Android smart watch space has struggled in recent years, with relatively mediocre advancements in software, seemingly abandoned services, and Samsung, one of the biggest players, splitting off into its own Tizen operating system rather than persisting with Google's Wear operating environment.

That all changes from now, with Google and Samsung announcing that the two platforms will merge, bringing full Google services and apps to future Samsung smartwatches, all of which will run on Google Wear 3.0. For its part, Samsung's bringing its expertise in battery optimisation to the Wear party, so future Wear watches should enjoy significantly improved battery life.

What that means for the future of Tizen-based watches is, ultimately, that they don't have a long-term future. Samsung has committed to three years of updates for existing Tizen devices, relative to their original date of hitting the market, but future Samsung watches will be Wear devices. It was rather strongly hinted that we might not have to wait too long for a new Samsung smart watch running Wear, too.

Google's also leveraging its buyout of Fitbit as part of its smart devices story, with new fitness-centric features and celebrations coming to the wearables platform.

What else did Google show off at Google I/O?

Just because there wasn't new hardware to show off and wow consumer with doesn't mean that Google didn't have a few new software announcements to make.

If you're a Google Photos user, you'll see new features coming to the platform, including new memories features that will use AI to group together common objects across time to show how you've used or interacted with them over the years.

You'll also be able to exclude specific people from showing up in your memories – your ex, basically – if you wish. New AI-driven features will also enable simple photo animations based on transitions between multiple shots, turning your still photos into surprisingly lifelike short videos.

Speaking of videos, one of the most impressive bits of technology shown off at Google I/O had to be Project Starline. This is video calling, but not like you're used to with your dull Zoom meetings. Instead, it uses custom built camera hardware and a lot of AI behind the scenes to capture 3D video in real time and transmit it over the Internet so that your video call looks more like you're simply peering through a window to the person you're talking to.

That reliance on specific hardware does mean that we're not likely to see Project Starline come to Google Pixel phones all that soon, however, and Google admits that it's "currently available in just a few of our offices and it relies on custom-built hardware and highly specialized equipment."

Thinking about a new mobile phone? Check out our hands-on reviews of the latest models.