Google's updated VR headset offers the best comfort of any VR headset, but it's lacking in really attractive apps to make the most of virtual reality.

Quick Verdict
The Daydream View is a comfortable VR headset that's easy to wear for longer periods than most of its competitors, but lacks long-term value due to the relative dearth of quality Daydream experiences beyond video.

For years now, hardware manufacturers have been trying to make VR a hot consumer commodity, whether it's at the serious PC end of town with headsets such as the Oculus Rift or Vive, via the middle cost path of the PlayStation VR, or with low-cost, mobile-phone-led solutions such as Samsung's Gear VR or Google's Daydream platform.

The 2017 model Daydream View headset for VR improves on its predecessor for comfort and ease of use, but it is still going to remain a niche product until plenty of compelling content is available. 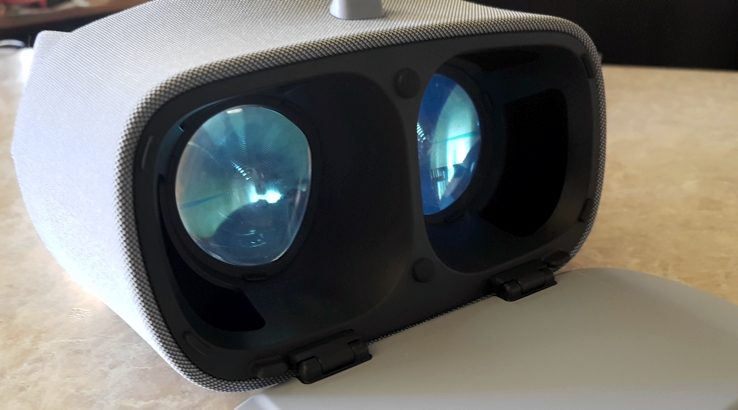 The Daydream View 2017 has a fine fabric finish that isn't that visually compelling, but then that really isn't the point. Nobody wears a VR headset to be seen, but to escape into virtual worlds, and here Google's design team has done an exceptional job.

Many VR headsets suffer from either excessive light leakage, spoiling the effect, or heavy head presence, making them uncomfortable to wear for any length of time.

The Google Daydream View 2017 sidesteps both of these issues neatly, with comfortable soft fabric that nestles neatly onto your face without feeling heavy or sharp in any real way.

I wear glasses, and that's usually a recipe for disaster with VR headsets, but not the Daydream View 2017, which filled my field of vision neatly throughout testing.

Installation is very simple, with an NFC contact point on the front display that connects to your Daydream-compatible handset and prompts you to install the Daydream app and Daydream keyboard if they're not already present.

While Google most strongly associates the Daydream View brand with its own Pixel 2 and Pixel 2 XL handsets, there's a range of Daydream-certified Android devices that should be compatible, including the LG V30+, Samsung Galaxy S8, Galaxy S8+, Galaxy Note 8 and Motorola Moto Z phones. 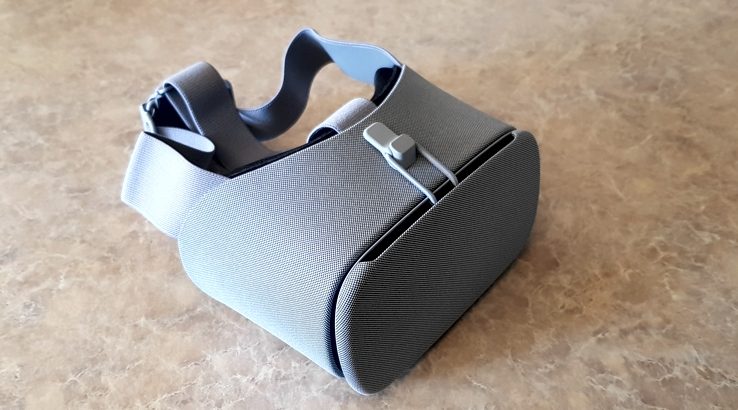 When you first slip on the Daydream View headset, you're met with a mandatory tutorial to guide you through how the headset and supplied controller works. It's very cute and easy enough to get to grips with.

You'll have a little more fun with it if you're sitting in a chair that can spin, although that can be an issue as well, as I noted after one too many skydiving YouTube videos. Disorientation when coming out of VR is a very real thing, and it isn't pretty, even though it can be quite green.

Once you're through the tutorial, you can access the full range of Daydream experiences... but this won't take long.

Compared to the Oculus-based Gear VR, or Sony's PlayStation VR, the quantity of Daydream apps is very slim indeed outside of video-viewing applications. So if you're planning on making VR gaming your next big thing, you may want to tilt more towards the Gear VR or PlayStation VR because there are definitely fewer experiences on offer here.

Video is still a big drawcard, and you can easily access any content you've purchased through Google Play, watch VR content on YouTube or view streaming content via Netflix. The added comfort of the Daydream View against competing headsets is a big plus here, but it's not without some issues as well.

I tested the Daydream View with Google's own Pixel 2 XL, LG's V30+ and Samsung's Galaxy Note 8, and only the Note 8 gave decent quality video when pressed quite so close to my eyeballs.

That should be no surprise given the underlying technology. Both the LG V30+ and especially the Pixel 2 XL had noticeable screen door style effects over any viewed content that significantly detracted from my enjoyment of anything I was watching. The Note 8 was better, no doubt helped by Samsung's superior grasp of small-screen OLED technology, but there I noticed some distinct lagginess in actual VR gameplay. You win some, you lose some, it seems. The Google Daydream View 2017 isn't particularly expensive, and if you're curious to see what all the fuss is about and you're already rocking a Daydream-certified headset, it's a simple and comfortable way to test out your own tolerances for VR material.

However, Google is playing a long, slow game with VR because compared to alternatives, the range of VR-ready content just isn't that large. If you're happy with a headset just for watching video, it's adequate, although your choice of handset and its underlying technology and resolution will play a significant part in how enjoyable that actually is. 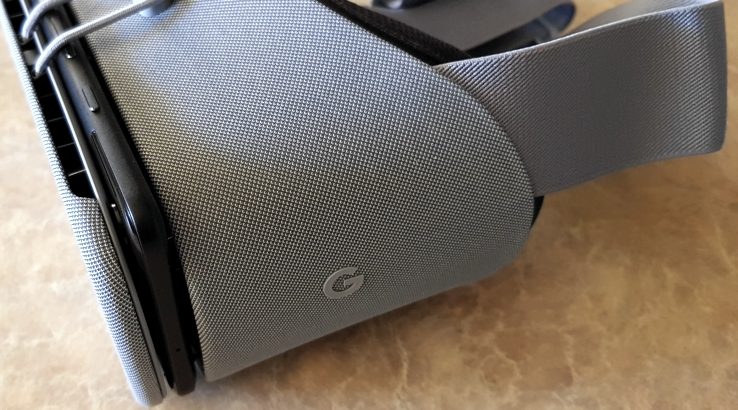 The most obvious competitor at a similar price point is Samsung's range of Gear VR headsets. You've got to carefully match up the model with a suitable Galaxy phone, and sadly they don't work outside the Samsung family at all, but they do offer a wider range of content experiences than Daydream currently does.

Moving up the price range, if you've got a PlayStation 4 console you could consider the PlayStation VR headset, or if you're particularly flush with cash and already own a reasonably powerful PC, the gold standards remain the Oculus Rift and HTC's Vive headset. 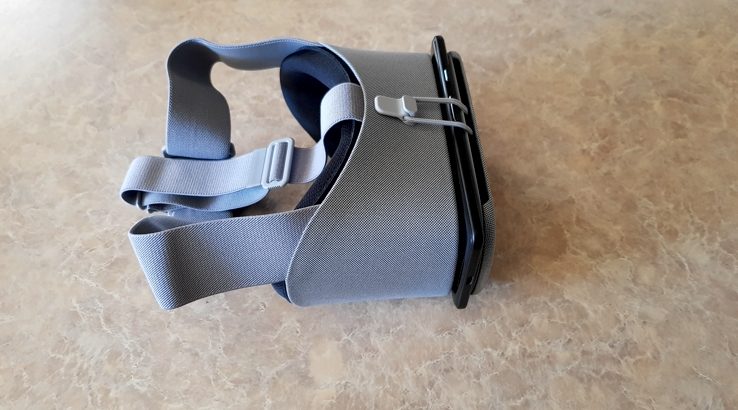 The Google Daydream View 2017 sells in Australia for $149 outright. 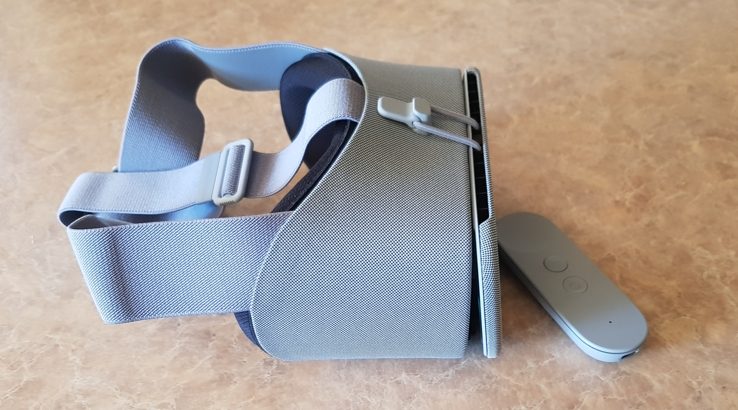