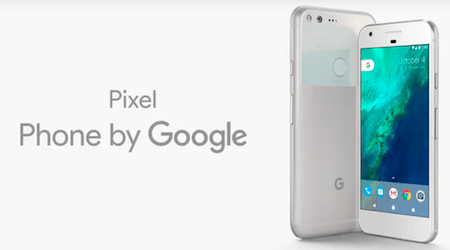 Google has officially lifted the lid on its new Pixel and Pixel XL flagship smartphones. Here's everything you need to know.

Google had a bit of trouble keeping its latest batch of flagship Android smartphones under lock and key, with leaks from international retailers and providers confirming the regular batches of supply chain fodder. But the Google Pixel and Pixel XL have now been unveiled, with the search giant officially shifting the branding for phones from its Nexus name to Pixel.

What's new in the Google Pixel and Pixel XL?

Perhaps unsurprisingly, Google's big focus for its Pixel handsets is on artificial intelligence (AI). While Siri and Cortana have been offering a form of digital assistant for a while, Google has been pushing on its own digital assistant offering, which was first seen on the Allo messenger app.

But with the Pixel, Google's AI digital assistant is now at the centre of the smartphone. In addition to voice controls, Pixel introduces the ability to deliver updates contextually based on information displayed on the screen, leveraging the supported apps on your phone.

Google has also focused on its camera, with features like smart burst mode and HDR Plus, which takes multiple pics and blends them together immediately. Video stabilisation has also been added, polling the phone's gyroscope 200 times a second to determine how the phone is shaking, and then counteracting it.

Pixel owners also get the benefit of unlimited photo and video storage to Google Photos at full resolution.

Pixel phones feature quick charging over USB C, with Google promising up to 7 hours of charge after 15 minutes plugged in.

To help the migration process, Google has bundled a quick switch adapter in the box of the phone, with the ability to easily migrate from iOS.

And for virtual reality enthusiasts, the Pixel family is the first phones that support Google's new Daydream VR platform.

How much does it cost? Where can I get it?

Bothe the Google Pixel and Pixel XL will come in 32GB and 128GB variants, with pricing starting at $1,079. Google did confirm that the new phones will be available from both Telstra and JB Hi-Fi in Australia, in addition to the Play Devices store. Telstra is the exclusive carrier partner for the phone in Australia, meaning you won't initially see it on contract from anyone else.

Should I buy the Google Pixel?

Google has spent a lot of time and effort on making sure that the Pixel smartphones have a seamless integration with Google's software, and taken advantage of its recent drive into artificial intelligence.

While the push into digital assistants is nothing new, Google has been pushing hard on improving its understanding of natural language, and there's plenty of potential to see Google deliver a pretty comprehensive service. Of course, there's no indication of how it will work with an Australian accent, but we'll offer our insights into performance as soon as we get our hands on the devices.