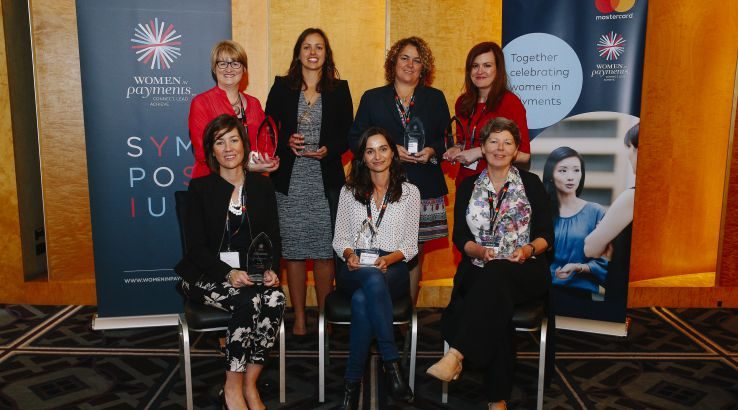 Women in Payments is bringing together female payment innovators in the US, UK, Canada and Australia.

Walking into the Women in Payments conference in Sydney, you wouldn't be amiss to think it was just another industry conference. The agenda offered panels and keynotes on the biggest issues in the payments industry today – digital identity, the demise of cash and open banking – and attendees included the likes of Mastercard, ANZ and PayPal.

But look a little closer and you'll find the event to be anything but standard.

Attendees were able to get an executive headshot at the designated photobooth. There was a session dedicated to networking. The Visa Everywhere Initiative awards were held during lunch and required the entrants to have women in leadership positions. And the closing keynote wasn't from someone in payments, but Rabia Siddique, a human rights lawyer, speaker and author. Siddique spoke about her experiences in Iraq as a terrorism prosecutor as part of the British Army and her eventual landmark case against the UK Ministry of Defence.

Kirsty Duncan, founder and CEO of Women in Payments says that the conference offerings have been built up over time.

"I started this on the side of my desk in 2012. There was no grand plan at that time," she says. "We really built it up over the years to try to attract and bring a different kind of payments conference to the women in our industry. Because what we're trying to do is not only help them learn and keep current and understand what is going on in other markets but also to be able to tap them for advice and develop confidence."

Women in Payments launched in Canada in 2012, when Duncan says she was hoping for "five sponsors and 50 women in the room".

"At year one in Canada, we got 10 sponsors and 160 women attending. That really confirmed for me the need for this kind of offering and the real interest and engagement for the market."

Today, Women in Payments holds symposiums in the UK, Australia and the USA as well as continuing in Canada. There is a dedicated advisory board in Australia to ensure the symposium is useful to attendees.

From Duncan's perspective, Australia has an extensive payments network and an infrastructure that is "quite advanced".

"You've got some fabulous technology here, which would be chip and pin infrastructure, and there's a very healthy FinTech ecosystem that's also pushing the Australian markets to be very innovative. On the Women in Payments side, we see a little bit of a lag in terms of gender parity in the Australian markets, and certainly, that's born outside the cracks when you look at OECD."

"That, as well as World Economic Forum statistics show that Australia lags behind New Zealand in terms of gender parity and the gender wage gap. So we're trying to give women some tools to help them address that at a local level and a personal level in their own careers."

While payments and fintech are seen as forward-thinking, innovative industries, there are gender diversity issues. Duncan says this is important to address.

"When we're designing payment solutions and services for our consumer payments targeted market, we need to have women play a very key role in that so that they can understand and have empathy for the consumer experience. And so it was very important that we help to develop and encourage women to participate in FinTech."

Apart from the symposium, Women in Payments also offers a global mentorship program and awards in each country. Duncan says this is what the aim of Women in Payments has been, to give women in the industry a platform and a voice.

"I think it's actually very disappointing, and I think we can do better. And I know that there's a lot of female talent out there that has the expertise to deliver, and we just need to give them the opportunity."