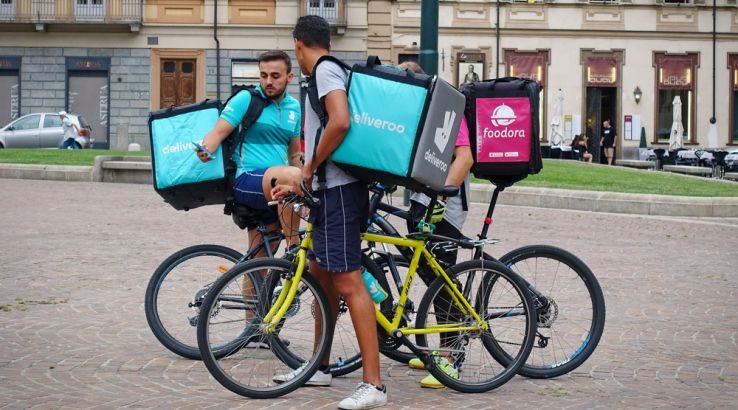 Shifting the focus from benefits to rights

What do we know about Australia's gig economy?

Deputy, the company behind its eponymous workforce management tool designed to facilitate rostering and management of hourly workers, has published the findings of its first Hourly-Paid Workforce Index. Based on data pulled from more than 213,000 users of the Deputy app, all of whom are paid on an hourly basis, the index provides a snapshot of Australia's gig economy and the people engaged in it.

According to the study, the average shift length of temporary workers was just over six and a half hours, with an average pay rate of just over $22 per hour.

One of the key insights of the index is a snapshot of the demographic make-up of hourly workers. According to the study, 59% of temporary workers using the Deputy app are female, and the average age of respondents was just under 30.

Given that the average age of new mothers in Australia is 28 years, the data suggests that much of the recent boom in hourly work comes from new mothers returning to the workforce shortly after the birth of a baby. However, what the data does not suggest, is whether new mothers willingly join the gig economy because they are looking for flexibility following the birth of a child or whether they find themselves with few employment alternatives that fit with the demands of parenthood.

Understanding the motivations for temporary workers

Temporary workers have their choice of a number of apps and online marketplaces to find hourly gigs. One of the emerging on-demand staffing platforms is Sidekicker, launched in 2012 with help with funding from Seek.

Sidekicker recently surveyed more than 11,000 temporary workers (or "Sidekicks") who use the platform, aiming to understand what motivates a person to become engaged in temporary or hourly work. The survey revealed that for three out of four respondents, job flexibility and a quest for the elusive work-life balance are more important to temporary workers than the job security and career development options that tend to accompany full-time work.

When asked what services or support could be offered that would make their working lives easier, three of the most common responses were training, financial literacy and transport.

In an unprecedented move, Sidekicker is using the results of the survey to implement a benefits program for temporary workers known as Unleash. To implement the benefits program, Sidekicker has partnered with three businesses to offer discounted ridesharing and financial planning as well as mental health and mindfulness programs.

Casual employment vs the gig economy

But Sidekicker is not part of the gig economy. Rather than working as independent contractors or being classified as self-employed, hourly workers using Sidekickers’s technology platform to find ad-hoc jobs are casual employees of Sidekicker. As such, they are guaranteed to be paid the casual award rate for the job as a minimum and, like all casual employees, are entitled to be paid superannuation and be covered by appropriate insurances.

There is a world of difference between the rights and benefits afforded to workers employed on a casual basis by companies such as Sidekicker, to workers deemed as “independent contractors” under other apps and platforms.

Greens MP Adam Bandt introduced the Fair Work Amendment (Making Australia More Equal) Bill 2018 to the lower house on Monday as a private member's bill. With temporary workers classified as self-employed or independent contractors, they do not fall under the ambit of the Fair Work Act and are not entitled to a minimum wage or other basic employee entitlements including superannuation and annual leave.

Tony Sheldon, the National Secretary of the Transport Workers Union, is all in favour of Mr Bandt's new bill. The support comes as little surprise, given that on-demand food delivery drivers make up a significant proportion of workers in Australia's gig economy. In Sheldon's opinion, the new economy is a "tired example of the old-fashioned exploitation at play in modern Australia", with the federal government "encouraging tech billionaires to exploit our communities".

As Larry Elliott from the UK's The Guardian noted, recent work trends that have led to the rise of the gig economy could easily be described as "casualisation or exploitation", and "a one-sided labour market in which the deck was stacked in favour of employers".

Instead, the virtues of the gig economy are expounded in terms of "flexibility": a concept much harder to argue against.

As Bandt said when introducing his bill to the lower house on Monday morning, "Technology is fundamentally reshaping the nature of work.

"It's not our job to hold back technological advancements, but it is our job to make sure society keeps up and the new economy doesn't come at the cost of being able to live a decent life."