Find out how useful a power of attorney could be for you in NT.

If you're going overseas for an extended period or planning to move to another country, you may want to appoint your friends or family to look after your properties and other assets in Northern Territory. This will not only save you a trip back to your home country periodically but also save your money.

In this guide we will explain what exactly a general power of attorney is, how it works and where to get free templates.

What is the general power of attorney (NT)?

A general power of attorney (NT)) is a legal document where the 'principal' or 'donor' appoints an 'attorney' or 'donee' to make financial decisions on their behalf. These financial decisions include selling or renting your house or paying your bills. Attorneys can be someone close to you, such as a family member or friend, as long as they are not financially dependent on you.

In case of land transactions, the attorney must register themselves under the Land Titles office before they can act on the principal's behalf. 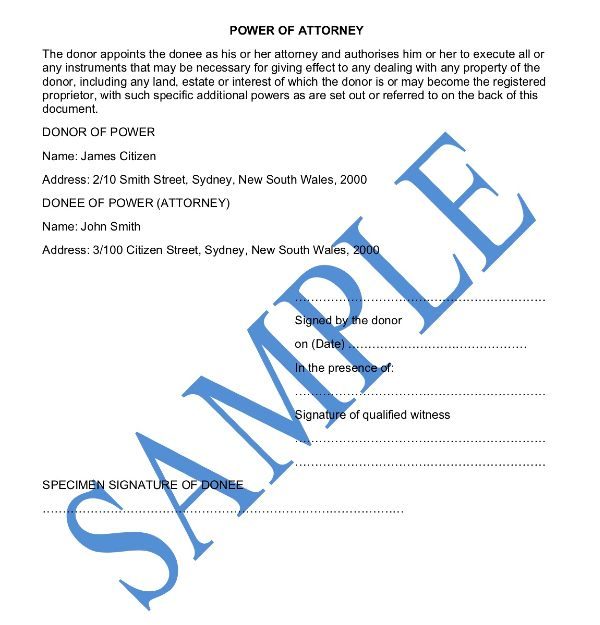 When should I use a general power of attorney (NT)?

To use the general power of attorney (NT) document, the principal's property and financials must be in NT's jurisdiction.

To craft a power of attorney document, the principal must be capable of making decisions and be of sound mind.

A general power of attorney and the advanced personal plan are different types of powers of attorney. They differ in their extent of power, validity and responsibilities of the attorney.

What does a general power of attorney (NT) include and not include?

The document is a legal and formal form that includes a description of the powers of the attorney.

How effective is a general power of attorney (NT)?

Once signed by all the parties, the form becomes a legal document that is valid in court in case of a dispute.

Do I need a lawyer for a general power of attorney (NT)?

A general power of attorney does not need a lawyer to be crafted. However, as it is a legal document, you may want to get it checked by a lawyer once you have filled out the form. In cases of financial transactions, it is better to get legal advice to avoid disputes in the future.

How do I write a general power of attorney (NT)?

A power of attorney form in NT needs to be filled out and signed in pen (not electronically) and submitted in person or by mail at the Land Tiles office.

Sheetal Singh is a writer at Finder. She is a graduate with Double Masters in International Relations and Journalism from Monash University. When Sheetal is not writing, she loves to paint and travel.