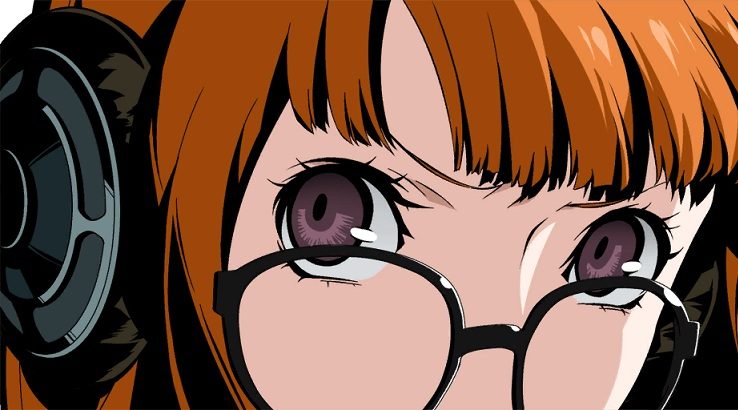 Video game music often goes overlooked. No matter how good a game's soundtrack is, it rarely receives the same attention that graphics, gameplay or story do. Only when a soundtrack is particularly remarkable – for good or for bad – do we tend to sit up and take notice, realising for a brief moment how critical a well-crafted soundscape is to establishing a game's tone and setting.

In light of this, we want to show some love for our favourite soundtracks of this year and the impact they had on our experiences. If you're looking for some new blood-pumping beats to add to your exercise playlist, or you're after some chill tunes to leave playing in the background while you work, plug in your headphones and get ready to hit play.

Style runs hot through Persona 5's veins. Everything from its enemy animations to its menu screens gives off an air of effortless cool, and that attitude carries over into its classy jazz soundtrack. Off-beat rhythms and diverse time signatures lend the music a sense of unpredictability that's right in line with the capricious nature of the game's protagonists. Echoes of the brilliant Persona 4 soundtrack lurk in the background, always present but never overpowering the ritzier demeanour that sets Persona 5 apart. If you've ever wanted to make your house feel like an underground jazz lounge – minus all the smoke – just throw the Persona 5 soundtrack on and bask in its smooth, toe-tapping tunes.

Buy the Persona 5 soundtrack on iTunes

We weren't too impressed by Mass Effect: Andromeda when we reviewed it, but that wasn't the fault of its stellar soundtrack. Unlike the sci-fi RPG's bland characters and weak story, its score excels in capturing the sense of exploration so critical to space games. Subdued synth and brooding horns build to grand crescendos driven by chanting choirs and crashing cymbals. In stark contrast to the game itself, Andromeda's soundtrack lives up to the standard set by its predecessors, delivering an aural journey through an alien galaxy you won't regret taking.

A game's soundtrack can be just as important in establishing its setting as its visuals. This is especially true when it comes to graphic novels and point-and-click adventure games like 2064: Read Only Memories. Its cyberpunk tale unfolds on a backdrop of static pixel art which, though beautiful, cannot convey the same illusion of a living, breathing space that a 3D environment can. To compensate, it uses its colourful music to draw you into the world of Neo San Francisco, painting a rich, futuristic soundscape built on laid-back grooves and warbling synth tracks. It's criminally catchy and does a brilliant job of giving 2064: Read Only Memories a distinct character it would otherwise have lacked.

Buy the 2064: Read Only Memories soundtrack on iTunes

For better or for worse, Yooka-Laylee is a slavishly authentic revival of the '90s 3D platformer. While this approach didn't bowl us over from a gameplay perspective when we reviewed Yooka-Laylee earlier this year, one aspect of the game stood the test of time better than the rest: its soundtrack. With both Grant Kirkhope and David Wise reprising their roles from their days at Rare working on Banjo-Kazooie and Donkey Kong 64, Yooka-Laylee's jaunty music is every bit as catchy as Wise and Kirkhope's seminal works. It's full of bright and chirpy flutes, powerful horns and soft percussion, and while its roots are immediately apparent, it's distinct enough to establish its own identity apart from its N64 forebears – no pun intended.

Buy the Yooka-Laylee soundtrack on iTunes

When you're trapped in a derelict spaceship overrun by hordes of slavering monsters, only the most bone-shaking, blood-pumping soundtrack will keep you alive. Fortunately, STRAFE understands this, arming you with an arsenal of head-banging tunes to help you dispatch the endless enemies it throws at you. More importantly, these tracks keep the adrenaline flowing even after you've heard them 20 times over, which is critical given how often you're going to be replaying the game's early levels in pursuit of that one perfect run. Make no mistake, STRAFE is a brutally difficult game – as we mentioned in our preview – and if it weren't for the drive its soundtrack provides, it would be a whole lot harder to stick with.

Buy the STRAFE soundtrack on iTunes

In our review of Stories Untold, we noted how effective the game's synth-driven soundtrack is in building an atmosphere of mystery and intrigue. Hints of the supernatural simmer below the surface, flitting in and out like shapes in the shadow of the night. Wailing notes speak of fear and uncertainty, reinforcing the unsettling themes at the heart of the game's creepy narrative. And, much like Stories Untold itself, the soundtrack doesn't overstay its welcome, preferring instead to leave you with questions that can only be answered by rewinding the tape and hitting play again.

As a game that grapples with the fall of humanity and the existential crises that arise from it, Nier: Automata features an appropriately baleful soundtrack that sells the desperation of its post-apocalyptic world. Haunting melodies capture the desolate beauty of an Earth stripped of life, while rousing battle scores lend hope to protagonist 2B's plight. Throughout tracks both optimistic and forlorn, there's a sense of longing for something lost, of searching for truth and meaning in a world that cares little for such ideals. It's a poignant reflection of the game's core themes and a moving musical adventure in its own right.

You can read more of our thoughts on Nier: Automata in our review.

The penultimate season of the critically…

Star Trek: Picard on Amazon Prime Video: Should you tune in?

Based on early reviews, fans should be…