The best gaming PCs of 2018: Budget to high-end desktop computers

Whether you're looking for an entry-level gaming computer, a cheap VR-ready rig or a 4K-capable monster, these are the PCs you've been looking for.

The world of PC gaming can seem pretty daunting. From software drivers to graphics settings to hardware compatibility, buying into the PC ecosystem often costs as much time and effort as it does cold, hard cash. There are countless factors to consider when shopping for a gaming rig and just as many ways for it all to go wrong.

Thankfully, you don't need to know the difference between an LGA 1151 and an LGA 1155 socket to find the right PC for you. We've taken care of the hard work, putting together a list of the best gaming PCs your money can buy. Whether you just want something better than the current generation of consoles or you're after a beastly machine capable of handling 4K without flinching, these are the rigs you've been looking for.

Buy a 1TB Xbox One X from Amazon

If you're after the most powerful console on the market, look no further than the Xbox One X.

Please note: The systems listed here come with no peripherals, meaning you'll need to purchase a monitor, mouse, keyboard, speakers and any other extras separately. Similarly, unless explicitly mentioned, these systems do not include operating system software either, so take that into consideration when planning your purchase.

$1000 is hardly chump change, but when it comes to buying a gaming PC, you'll need to accept a few compromises to play at that price point. If you're dreaming of running The Witcher 3 at 4K or you want to jump on the virtual reality bandwagon, you should probably recalibrate your expectations. But if all you're after is a rig capable of playing the latest games at 1080p with visuals and performance to put the current consoles to shame, these are the systems for you. 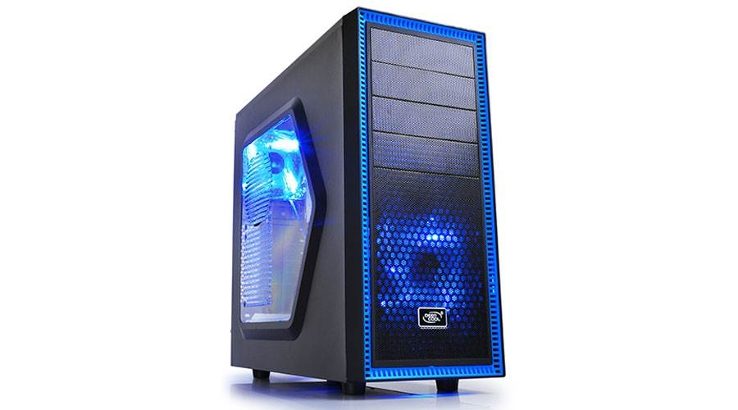 Contrary to the commonly-held notion, PC gaming doesn't have to cost a small fortune. PC Byte's Tesseract Ryzen 1200 system is clear proof of this. For a reasonable $879, you get solid quad-core performance from AMD's Ryzen 3 1200 CPU, a sizeable 8GB of RAM for keeping loading times to a minimum and the capable Gigabyte Radeon RX 560, which has been overclocked for additional performance above the standard RX 560.

Sure, this PC isn't going to handle VR or 4K, but for respectable performance roughly in line with the PlayStation 4 and Xbox One, it's a solid choice. 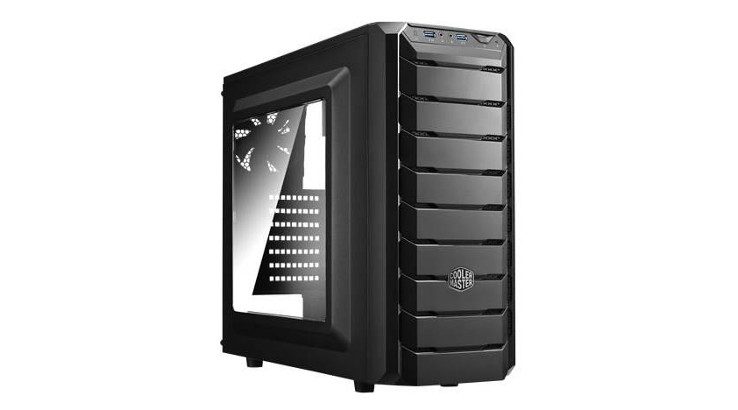 If you're after something with a little more grunt than current consoles but don't want to destroy your bank account, CPL's Basic Gaming PC is well worth a look. Packing a powerful GTX 1050 Ti along with a speedy 240GB SSD, it has the chops to deliver high-performance 60fps gameplay at 1080p when playing most modern games at medium settings.

An extra $500 can make a big difference when buying a PC as the systems below prove. If you're looking for a basic VR-ready rig, this is a good place to start. 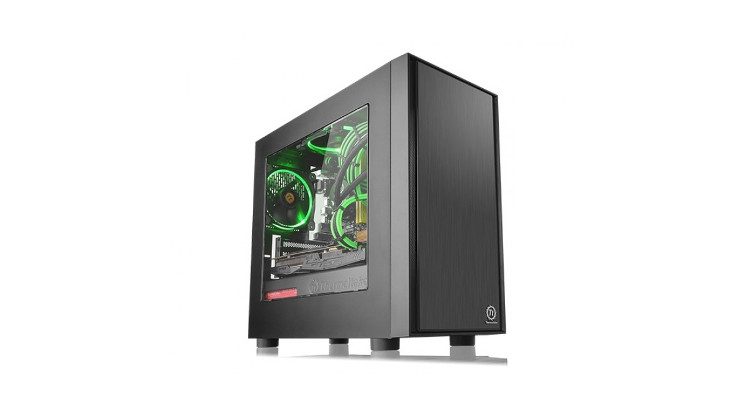 PC Byte's H17 Intel Gaming PC is a prime example of excellent mid-tier value. The included 6GB GTX 1060 is capable of delivering top-notch performance in most current games at 1080p, hitting 60fps even with the graphical settings cranked up to their maximum. Combined with 8GB of high-speed Corsair RAM and the capable i5 8400 CPU, this PC is a fantastic entry point to mid-tier PC gaming. 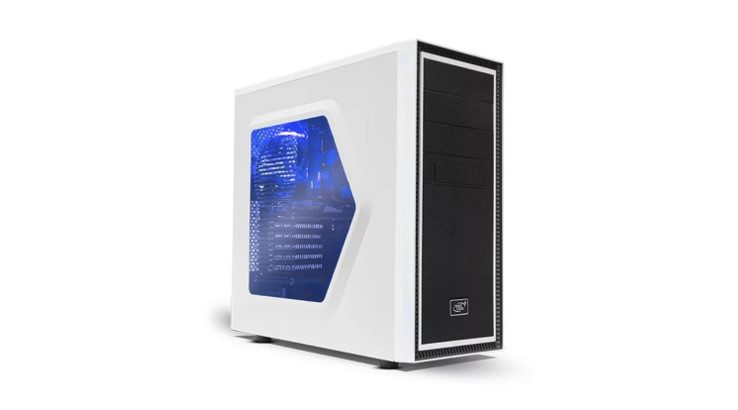 Scorptec's Arctic 1060 Gaming PC isn't quite as impressive a deal as PC Byte's system above, but it still packs plenty of value. Along with an overclocked 6GB GTX 1060 for formidable 1080p performance, the addition of a 240GB SSD ensures that you'll rarely be left twiddling your thumbs waiting for games to load.

Now we're entering serious PC gaming territory. Here is where the worlds of virtual reality and 4K gaming open up, with systems more than capable of pushing games to their graphical limits. For around $2000, you can be confident these rigs will handle most anything you throw at them for many years to come.

By stepping beyond the $1500 mark, you can get a whole lot of bang for your buck with CPL's Intel GTX 1070 X Gaming PC. As the name suggests, it sports a beefy 8GB GTX 1070 graphics card capable of handling not only 1080p, but 1440p and 4K as well. For affordable high-performance gaming, this rig is well worth the money. 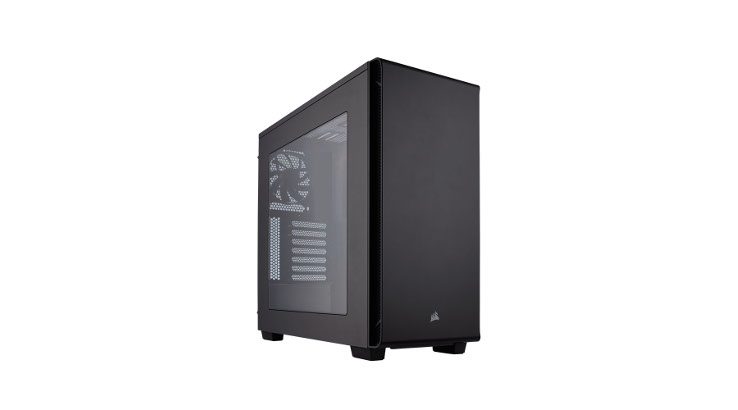 Finding a GTX 1080-powered system for less than $2000 is not easy, which is why this Pro Gaming system from Shopping Express is such a standout. Second only to the GTX 1080 Ti, the GTX 1080 is a monster of a card that'll handle almost anything you can throw at it save for the most demanding of 4K titles. When paired with 16GB of RAM and a zippy 250GB SSD, it makes this PC an absolute ripper for uncompromising gaming performance. 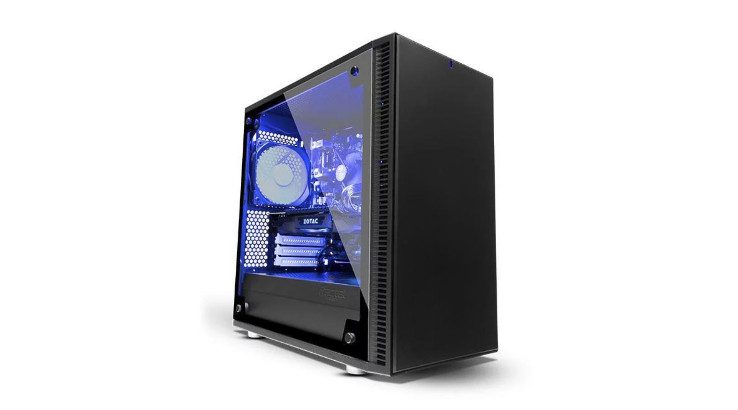 If for some reason you can't or don't want the Shopping Express monster above, Scorptec's Fractal 1070 Ti Gaming PC presents a compelling alternative. Its GTX 1070 Ti is only marginally less powerful than the GTX 1080, and it makes up for this somewhat with faster RAM and a larger 2TB hard drive. It also packs an Intel CPU as opposed to the AMD chip in the Shopping Express system, which could be a deciding factor if you prefer Intel's architecture.

If you love to live life on the bleeding edge, whatever the cost, these are the rigs for you. Sporting water-cooled, overclock-ready CPUs, factory-overclocked graphics cards, and, most important of all, neon LED lighting, they make no compromises in offering the best PC gaming experience money can buy.

Top-of-the-line performance for less than $2400? It might seem like a pipe dream, but that's exactly what you get with the impressive Pro Gaming 1080 Ti system from Shopping Express. Powered by Nvidia's peerless 11GB GTX 1080 Ti graphics card, this system makes a few smart compromises to keep its price so low. The AMD Ryzen 1600 CPU and the 2133MHz RAM might not be the fastest components around, but their impact on gaming performance is only marginal compared to the power afforded by the GTX 1080 Ti. 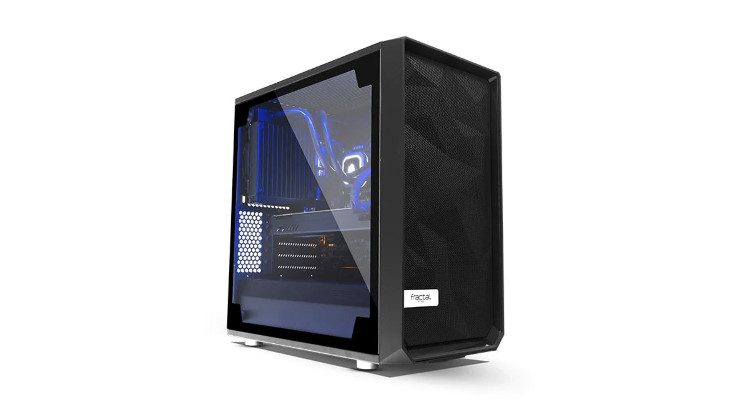 For premium performance across the board, you won't want to look past Scorptec's Carbon 1080 Ti Gaming PC. From the peerless GTX 1080 Ti graphics and i7 8700K CPU to the high-speed Corsair RAM and Samsung SSD, this rig is ready to run every game you throw at it without breaking a sweat. And if you really want to push the system to its limits, the included liquid CPU cooler gives you the freedom to overclock the i7 8700K while still maintaining safe temperatures.

All performance benchmarks sourced from PC Gamer and PCWorld