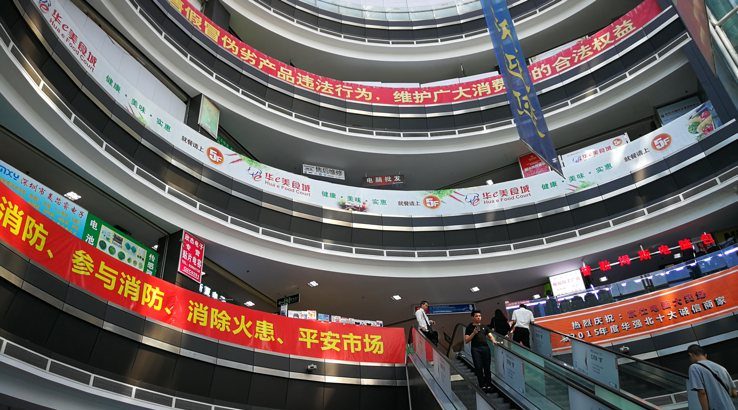 In Shenzhen's Huaquiangbei tech markets, you can buy just about anything, or more typically, 1,000 of anything.

It's no particular secret that China is the manufacturing centre for the vast majority of the world's technology equipment, whether you're a fan of building your own computers or simply buying the latest iPhone handset. While technology production in certain forms takes place elsewhere in China, Shenzhen remains the hub for a huge number of companies and their technology ambitions, including the gigantic Foxconn factory. On a recent trip hosted by Huawei, I had the opportunity to visit the Huaquiangbei tech markets in Shenzhen to get an idea of what's possible to buy here.

The first thing to note is the sheer (and sometimes terrifying) scale of the place. Effectively, think any large shopping mall you've ever visited anywhere on the planet, and then double it. You're probably already thinking too small, and that's not taking in the many stores that exist around the markets themselves. 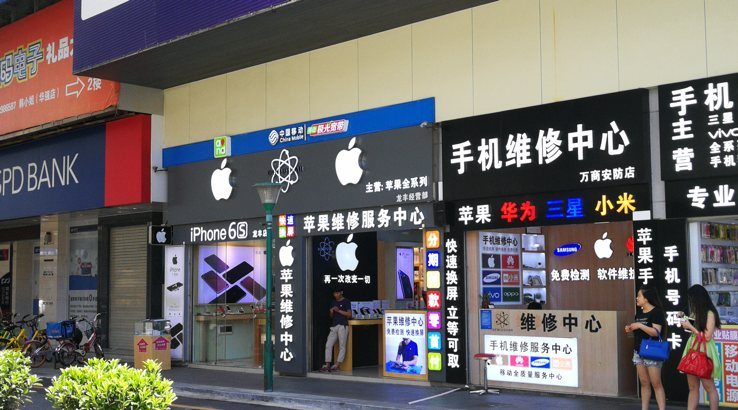 This is not an official Apple store, although it does boast of having a "Genius Har". 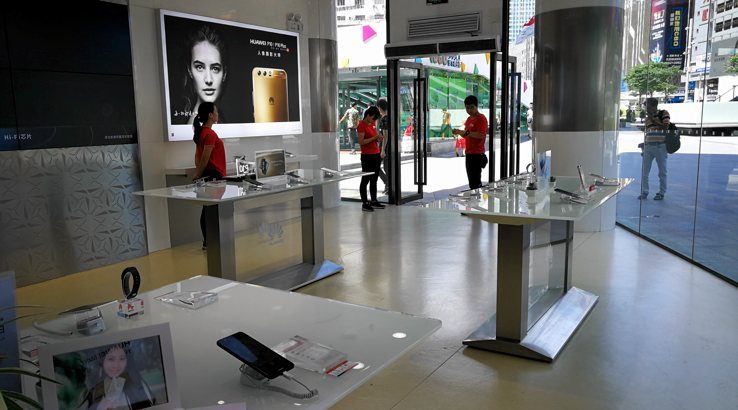 There are official stores in the district as well; this is one of Huawei's stores servicing the local market. 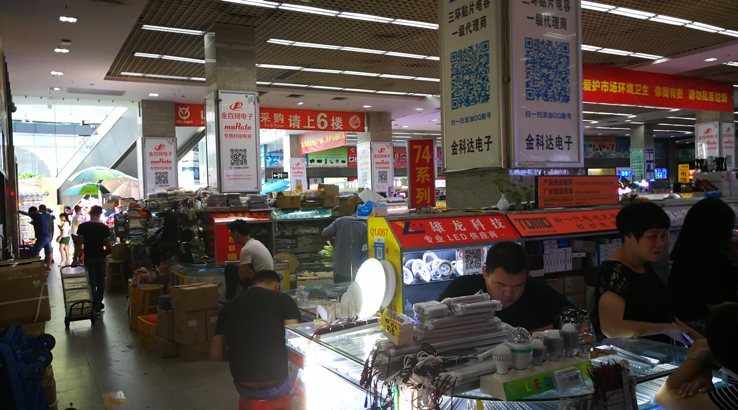 It's when you go component level shopping that things get seriously intense. Also geeky.

Because Shenzhen is the factory heart of so much tech production, what's really on sale here is small scale parts, often in mass quantities. Want 1,000 SIM card trays? Not a problem. Actually, you'd probably have far more of an issue buying just one, although many of the merchants within will sell individual items. 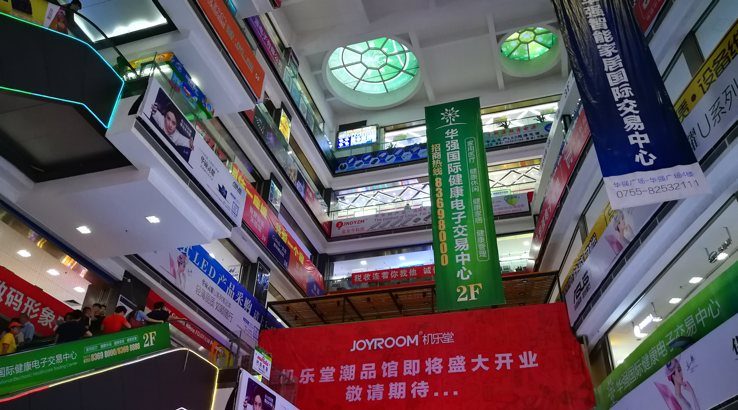 The view from the ground floor. This place is immense in every direction, so make sure you allow plenty of time if you want to see it all. 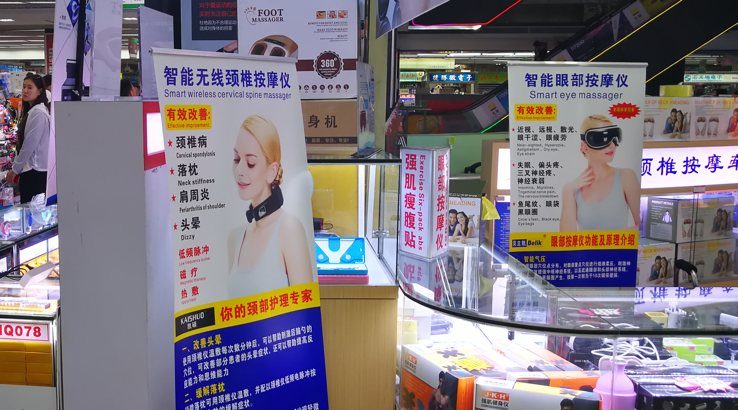 Smart spine massager or smart eye massager? The choice is yours. 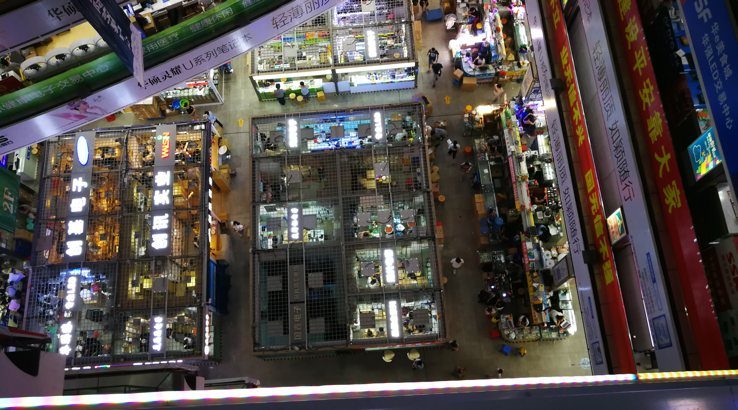 The view from the top floor. I mentioned the scale of the place, right?

Something to be very aware of is that if you're after an experience where plenty of stall staff offer to sell you products, you're likely to come away disappointed. The vast majority of stall holders probably won't even look at you, because it's very clear that most of this gear is being sold and supplied online. 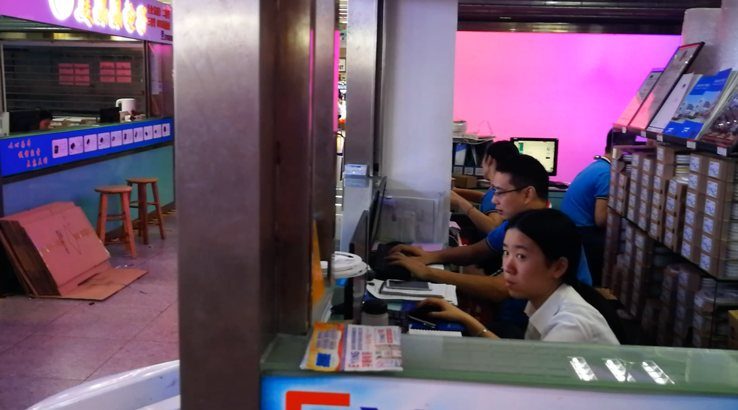 If you've ever purchased a cheap phone case or novelty USB gadget online from, say, eBay or AliExpress, chances are pretty good it was shipped out of this market.

That doesn't automatically mean that nobody will talk to you, although it is uncommon. I did have a few stall holders ask if I was after an iPhone, including one lady who (if I interpreted her English correctly, and to be fair, I speak no Cantonese or Mandarin at all) was offering to build me one on the spot. Or again, more likely 1,000 of them if I so desired. If you're a fan of obvious fake products, there's also more than a few not-quite-iPhones, AirPods and, because it's 2017, plenty of fidget spinners as well. 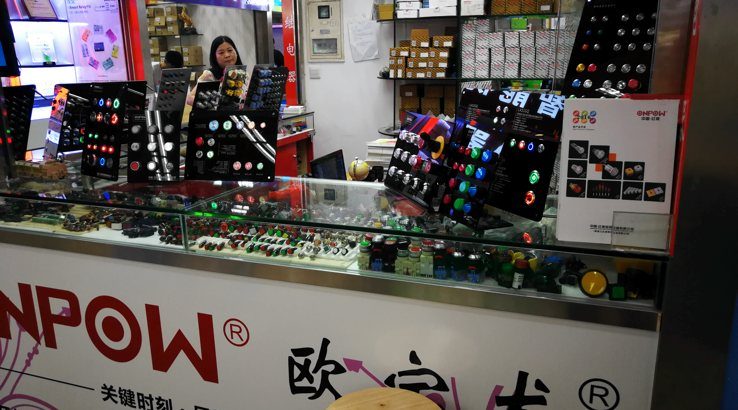 If you want joystick buttons for your arcade machine, naturally, there's a few stalls for that too.

Laptop display screens are everywhere, with staff focusing on orders as they come in. In many ways, the storefront aspect is secondary to this goal, although it does make it much easier to walk around and take it all in. A store selling... integrated circuits. Lots of them.

One word of caution, however. There's a dazzling array of tech on display here, including more LED lights than you would think that even Las Vegas could need, but that doesn't mean it's automatically a great idea to buy one of everything, at least on straight up electrical safety grounds.

There's really no telling whether or not a given product would meet Australia's electrical safety standards, and there have, tragically, been cases where some electrical products (most notably chargers) that haven't met reliable safety standards have led to injury or even death.

For what it's worth, I did pass one stall that seemed to only be selling electrical certification stickers, and while I guess they do have to come from somewhere, it did seem as though I could have purchased a few of them myself to use as I saw fit.

Ultimately, if you're somewhat tech-focused and curious (and I certainly fit that bill), wandering the Huaquiangbei markets is a fascinating exercise in seeing how China's technology economy works, and especially the scale on which it operates, even if you don't buy anything at all.

Alex Kidman travelled to China as a guest of Huawei.