Want a free trip for two to the Rio 2016 Olympic Games? 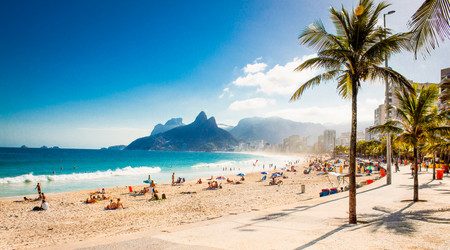 NAB Tap & Pay has partnered with Visa to give you a chance to win the ultimate prize package.

Tap & Pay with your NAB personal Visa debit, credit card or Android phone through April for a chance to win a Rio 2016 Olympic games package.

To enter, register your details before 17 April 2016. Every domestic Tap & Pay purchase made during April is automatically entered into the draw. So the more you tap, the more chances you have of winning.

Winners will receive one of two prize packages:

I’m not an existing NAB customer – can I still enter?

You can Tap & Pay securely with your eligible Android phone using NAB Pay. To get started, you’ll need to download the NAB app from Google Play, then select NAB Pay. It’s important to note that you’ll need the latest version of the app.

Whenever you want to use NAB Pay, just click on the NAB Pay button at the bottom of the app.

It’s just as safe as using your regular card and it’s protected by NAB Defence. NAB Defence regularly checks your accounts and monitors any high risk transactions you may make.

It also notifies you if there is suspected fraud and will investigate it for you.

NAB will reimburse you for any errant withdrawals from your account if you're a victim of fraud.

Is my Android phone compatible?

Your device will need to be running Android 4.4 (KitKat) with built-in Near Field Communication (NFC). Unfortunately, NAB Pay is not available for iPhones.

What details do I need to register?

You need your NAB ID number, email address and phone number. You’ll also need to confirm that you can travel on NAB’s specified dates.

Entrants must be an Australian resident, aged at least 18 years old and hold either a NAB Visa debit card or credit card. You’ll also need to hold a valid passport with at least six months validity from August 2016.