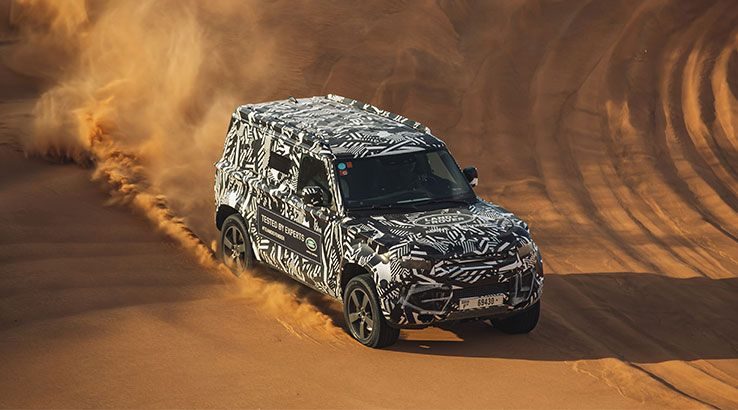 9:50: Looks like the stream is about to get going! Is this perhaps the most anticipated release of the show?

9:53: People are saying how excited they are for the launch on social media.

9:54: From what the presenter is saying, it seems we will learn a lot about the model today, even optional packages and colours.

9:55: Dr Speth literally walks from doing the Jaguar press conference to the Land Rover side. We're getting a recap of Land Rover history, which covers key landmarks including the launch of the original Range Rover and the family-favourite Discovery.

9:56: We're missing the workhorse, Speth says. Something honest, yet classless that can be relied on in extreme emergencies – a passport to outdoor adventures, he continues. In the background, footage of the original Land Rover is shown.

9:57: It's been a challenging project for Land Rover to pay respect to the company's founding fathers.

9:58: The new model will not only be capable off-road, but it will also work well on-road and be fuel efficient. It has an aluminium monocoque and an electrified power train as well as a four- or six-cylinder Ingenium engine. There will also be mild-hybrid models. 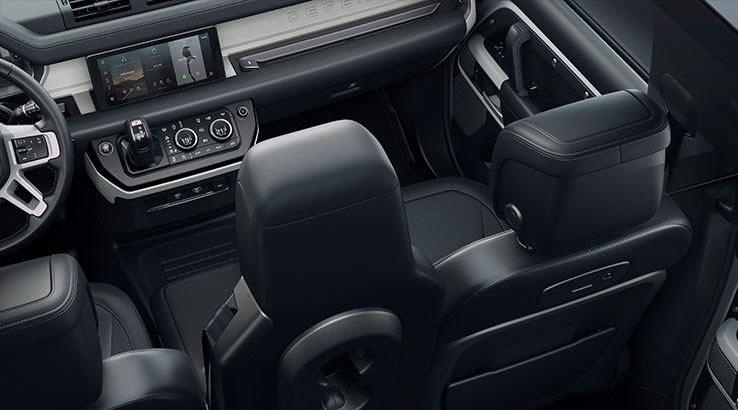 9:59: It has an infotainment system now! And it even boasts 5G connectivity plus enhanced security features. This is a family of vehicles, Speth says. Land Rover wants to provide exciting products that people love for life.

10:00: Land Rover as a brand aspires to combine safety and British design. Dr Speth explains how he had to make the call to stop the production of the original Defender. Today, he says, is an exciting day for Land Rover fans. It's the best ever Defender!

10:01: Land Rover's design officer, Gerry McGovern, now enters. McGovern says the old Defender is iconic. He says it was a challenge to create a relevant vehicle that is respectful of its long history.

10:02: A video is playing. We see arid cliffs and a camera shot from a swooping helicopter – and the stream lags out! Talk about the worst possible time!

10:04: We focus in on a mountain climber in the middle of Kazakhstan.

10:05: The climber's watch beeps, telling him he needs to be in Frankfurt. The first images of the Defender show a thoroughly modernised vehicle in silver. It has a roof rack and a winch bumper. At the same time, a climber is scaling a wall in the press hall. The wall appears to be turning into a ramp by angling downwards. In the video, the driver is heading down a scarily steep slope. 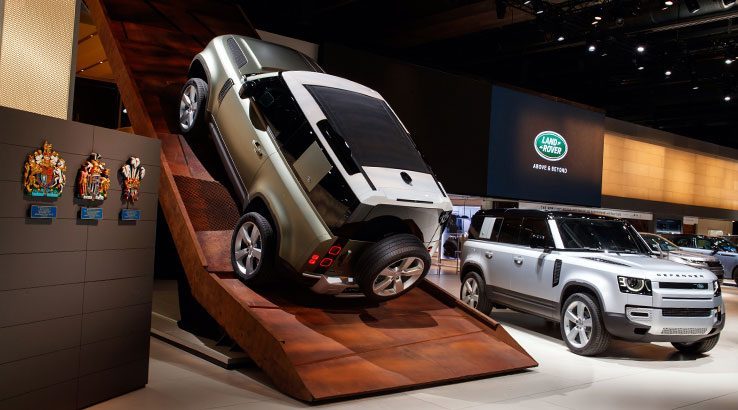 10:07: At that exact moment, a short wheel base Defender scrabbles down the slope in the hall.

10:08: The crowd breaks into applause. This is a 90, with a 3.24-metre wheelbase. Its proportions are optimised for off-roading. It certainly looks like a Defender. McGovern is talking us through the design choices. There's a floating panel of sheet metal in the rear window, designed to give it a squat look. The front-end is supposed to demonstrate strength. McGovern labels it a simple geometric form.

10:10: It's clean and unadorned. The rear has a very sheer cut, just like the original. 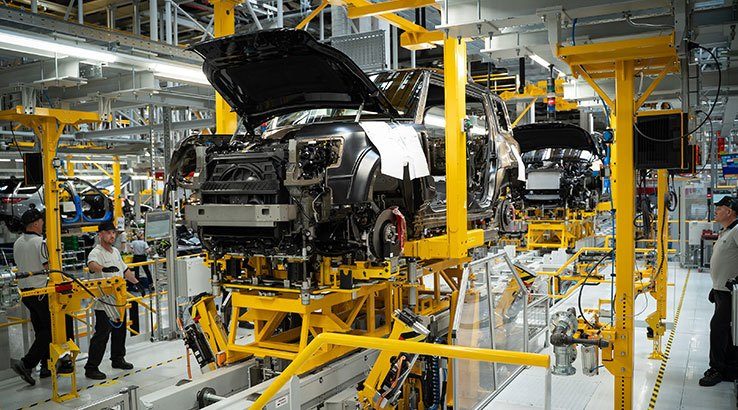 10:11: There's even a spare wheel mounted on the rear door for minimal off-road overhangs. A 3D video shows an exploded view of the assembly.

10:12: Two more Defenders are driven in. The 110 is 4.7 metres long and has five doors. It's designed to have a balanced proportion and low overhangs. Apart from the wheelbases, McGovern says the 90 and 110 are essentially the same. Buyers can buy a vehicle with a retractable roof, a solid metal one or a lid with a panoramic sunroof.

10:14: The interior is practical. There's a beam that runs across the width of the vehicle, complete with grab handles. A centre seat is still an option, just like the last-generation model. The floor is covered in rubber mats. It can be wiped down, as you'd expect from an off-roader.

10:16: There are five, six and five+two seating options just like the older Defender.

10:17: It's painted in a satin finish (between gloss and matte). It's actually a protective wrap. There's a Defender X model too, which appears to be a more lifestyle-oriented vehicle.

10:18: Land Rover is releasing several packs for the new vehicle: the Adventure Pack, the Explorer Pack, the Country Pack and the Urban Pack.

10:19: We see a Red Cross-liveried Defender with the Adventure Pack. It's very much a workhorse and is complete with heavy-duty steel wheels. Land Rover has designed more accessories than ever before in tandem with the vehicle development. Land Rover will continue to build a commercial version. We see some examples of that. 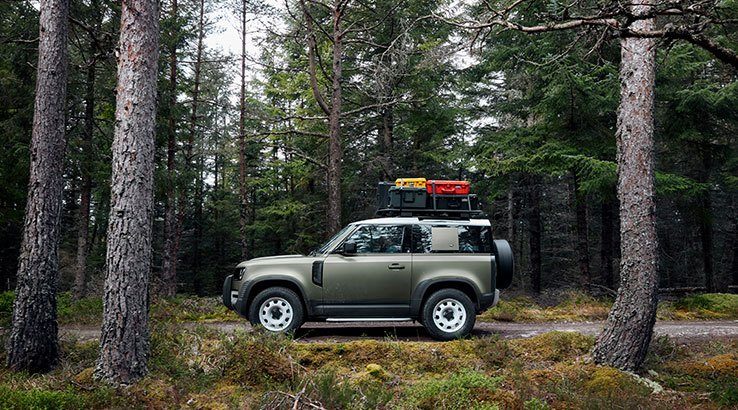 10:20: There's a 90 and 110 version of the commercial derivatives. They are designed to be highly functional. A Defender for this century, says McGovern. They come with electrified powertrains, plug-in hybrid models and cloud-based software updates. They are fitting replacements for the originals.

Engineers say it has amazing suspension technology and a one-metre wading depth. It's reputedly tough. Looks like a great re-design of a historic vehicle.

10:27: There's still a twin-speed transmission for off-roading, and everything is controlled from the centre console.