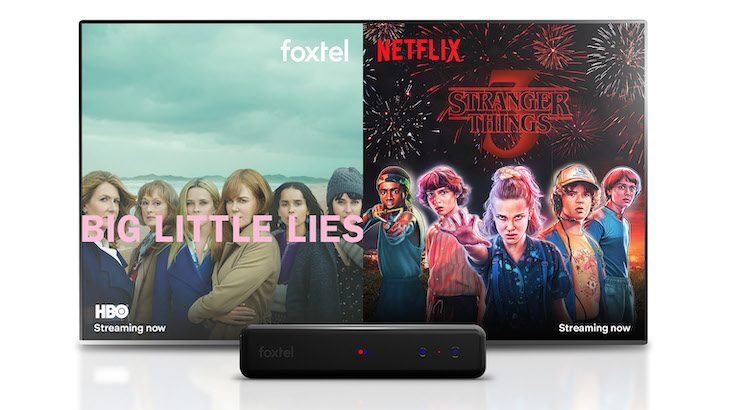 Over the course of the next 4 months, all 1.1 million iQ4 and iQ3 set-top boxes in Australia will be updated to a new user interface with Netflix support.

Starting today, an update to the iQ3 and iQ4 set-top box firmware will begin rolling out across Australian Foxtel subscribers. It completely overhauls the user interface and the content provided. The announcement came alongside the surprising reveal of a Foxtel Netflix partnership at a glamourous shindig held in the pay TV giant's Sydney HQ on 24 July 2019.

The new user interface builds on what consumers of entertainment have enjoyed with Netflix as well as continuing on with the ideas the company has already trialled with the Foxtel Now and Foxtel Go apps as well as with Kayo Sports, the innovative new sports streaming service. The result is better surfacing of the 16,000+ hours of on-demand content available on Foxtel (which now includes Netflix and SBS content), helped by a smarter AI that better identifies what content you fancy.

Finder was able to go hands-on with Foxtel's new experience, which features larger carousels of popular content, followed by rails of filtered content based on particular themes or genres. When you go into any particular movie or show, the cast also appears on the hub page and you can go deeper by clicking on an actor you like. This then surfaces all the available content on Foxtel involving that actor.

When you find something you want to watch, you can choose to watch the trailer or stream, download or record the show (although we're not sure how the last two differentiate themselves). This adds flexibility for Foxtel subscribers without decent Internet connections, allowing them to access content in a way that works with their speeds.

The new Foxtel iQ experience is all powered by a remodelled remote that better links you to the hub pages within this new Foxtel ecosystem. This includes a direct jump to Netflix as well as TV, Sport and Movie hubs. The remote felt a lot faster in use, no doubt helped by a joint IR and Bluetooth pairing mechanism that ensures interference with one is countered by access with the other. 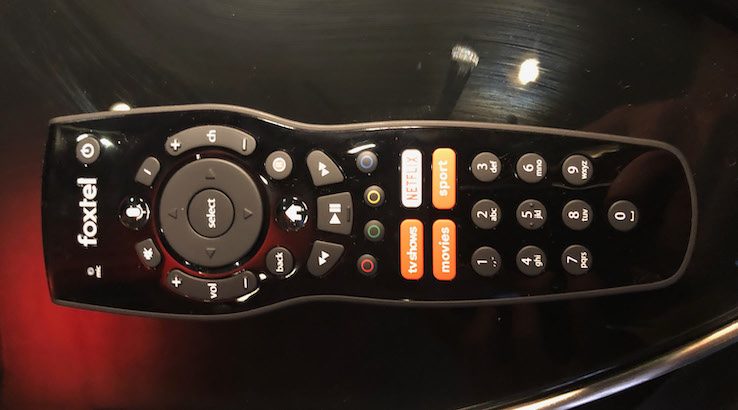 How will the new Foxtel iQ update rollout work?

Either due to bandwidth concerns or simply in order to manage any complications, the rollout of the update will occur in increments of 50,000 boxes at a time. It will start on 24 July and will go through to November 2019. Ultimately all 1.1 million iQ3 and iQ4 boxes will receive the update, although those with an iQ4 box will receive first priority.

All new subscribers from today onwards will receive the new remote and iQ4 box with this most recent update already installed. Existing subscribers can contact Foxtel directly to purchase the new remote for $49; however, there's no point doing that until the rollout of the firmware update has reached your set-top box.

Are there any good Foxtel deals at the moment?

Yes! As part of this new firmware update, Foxtel has provided one of its best deals yet, which will run through to 4 September 2019. You get the Drama, Entertainment and Sport packs for $58 per month instead of $78 per month. Plus there's no installation fee, no set-top box fee and six months of free Netflix (roughly $290 more of savings). You can get the deal here. 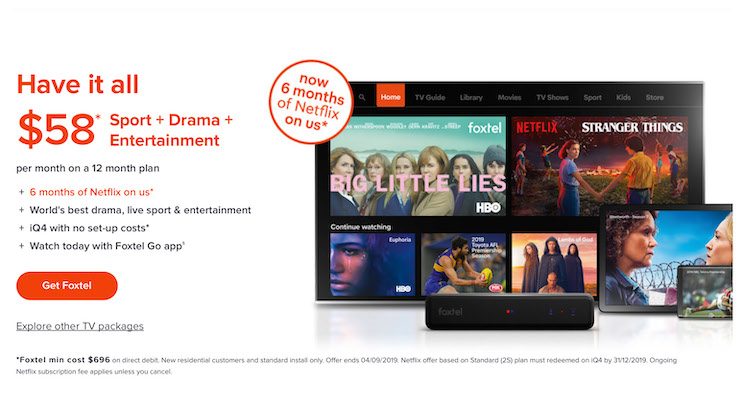 How to update your Foxtel iQ box?

If you want to try manually updating your Foxtel iQ box and to maybe force the update, the process is relatively simple. First off, you need to make sure you are connected to the Internet. You can either plug an Ethernet cable directly into the box or connect via Wi-Fi. To do the latter, head to the Settings and then Internet Connection and follow the prompts.

Once the Internet is connected, take the following steps for iQ4:

Once the Internet is connected, take the following steps for iQ3: