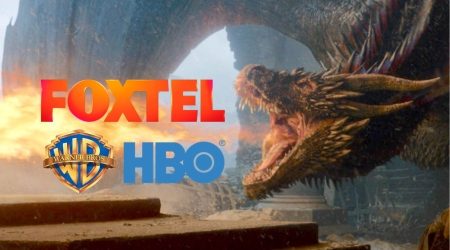 On 6 May 2020 the Foxtel Group confirmed rumours that it had extended its partnership with WarnerMedia for exclusive rights to broadcast content into Australia. This will be available through its pay TV and on-demand video streaming services. The key takeaways from the announcement are as follows:

Are you wondering why there is an asterisk above? There's a key detail to be read in that bullet point that deserves further analysis. The content on HBO Max that Foxtel has the rights to, at least with respect to this agreement, needs to have been made by Warner Bros. While this constitutes the bulk of what we expect to see on the service, other companies are also making content for HBO Max.

Notably, Stan, the video streaming service from Channel Nine, announced that the Lionsgate-produced HBO Max exclusive Love Life will be shown in Australia on its service. This could create some confusion moving forward, but we will endeavour to provide accurate lists to Finder readers as we near the HBO Max launch window.

How can you watch HBO in Australia right now?

If you're excited by the idea of bingeing on some great HBO content right now, you can. You have 3 options.

First, the new BINGE streaming service with 16 live channels and over 10,000 hours of on-demand content has a 14-day free trial to get you started. Next is the premium Foxtel IQ service with the set-top box installation at your home. The third option is the video streaming service Foxtel Now, which can be accessed on a host of devices instantly. If you'd like to try the latter, we have a 10-day free trial that you can access.

Why is the Foxtel Warner HBO deal important?

The Foxtel Group is best known for its Foxtel IQ pay TV service and its Foxtel Now video streaming service. However, it recently expanded its offering with Kayo Sports and has now done so again in 2020 with BINGE.

WarnerMedia is a giant of the entertainment space that's also set for a huge 2020. As well as the TV shows, movies, kids programming and more that stems from its Warner label, the company is also home to HBO. On 27 May 2020, WarnerMedia will be entering the bustling internet TV space with HBO Max, a rival service to Disney Plus, Netflix, Apple TV Plus and Amazon Prime, among others.

With HBO widely considered to be the home of the best in scripted TV and TV miniseries – think Game of Thrones, Westworld, Veep, Barry, Chernobyl and True Detective to name a few – HBO Max is a big deal especially given the run of exclusive new content landing on the service and decades of legacy hits. However, HBO Max isn't releasing in Australia.

What does the Foxtel Warner partnership mean for HBO Max in Australia?

There had never been any concrete plans for HBO Max to reach Australia in the foreseeable future and this deal between Foxtel and Warner should put to bed those rumours for good. While the length of the partnership has not been disclosed, it's speculated to match a 5-year deal recently put in place between WarnerMedia and Sky in the UK market. This would suggest the Foxtel Warner deal may run through to 2025.

Meanwhile, Foxtel CEO Patrick Delany spoke of how the deal "will power our broadcast and streaming strategy on multiple platforms and multiple brands". The use of "multiple brands" is a dead giveaway in this writer's opinion.

In short, it's a big win for Foxtel and Warner. Australia's biggest entertainment provider was quick to claim a number of upcoming HBO blockbusters as its own. This includes the Game of Thrones prequel series House of the Dragon, the return of Gossip Girl and Ridley Scott's Raised by Wolves.