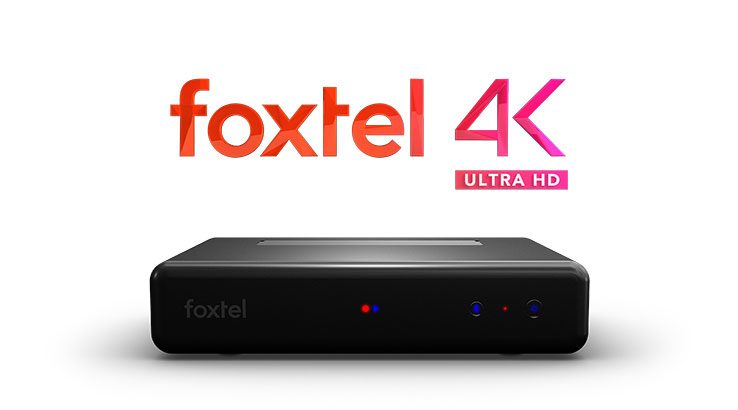 With the debut of a new Ultra HD channel, Foxtel is adding 4K to its offering.

Foxtel in 4K Ultra HD will launch in October for customers on Platinum HD or Sports HD packages. You'll need to upgrade to the new iQ4, though, to access the channel. You'll also need a 4K-capable TV.

The service, broadcast on channel 444, will come to the air starting in October, with a focus on live sport. Keen to rebrand itself as a modern streaming service, rather than a stagnant traditional cable company, Foxtel is hitting back against its Netflix and Stan counterparts. While channel 444 will be a mix of titles and genres to preview Foxtel's new technology, the key offering is live sport, which traditionally hasn't been captured by the Internet streaming giants.

The first broadcast of its kind will be the one-day international between Australia and South Africa on 4 November. 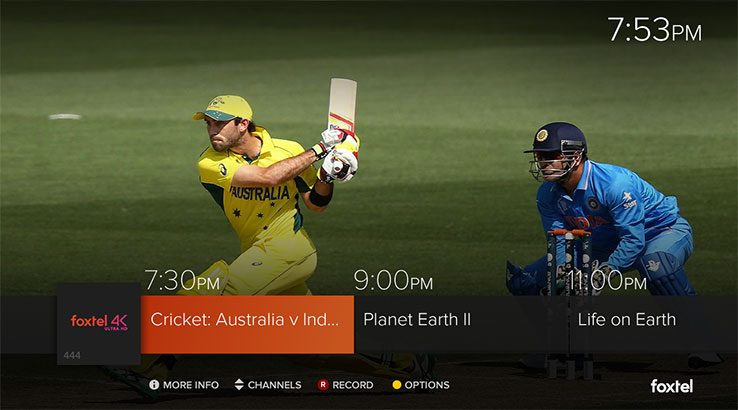 Michael Ivanchenko, head of product at Foxtel, confirmed that satellite transponders used by Foxtel would be capable of broadcasting content at 38Mbps. In theory, this should allow for uninterrupted 4K content for viewers across Australia.

According to Foxtel, the new iQ4 is miles ahead of the iQ3, both in terms of the content it will deliver and raw power.

The new set top box will, as stated, be capable of streaming 4K to your 4K TV. Under the hood, we've been assured by Foxtel that the processor powering the iQ4 is about four times faster than its predecessor. We can expect this will allow for much faster load times, smoother interface animations and of course, smooth 4K streaming. The iQ4 will have the same 1000GB of storage as its predecessor, which is slightly worrying as recording 4K content is sure to chew up space much faster.

The iQ4 will cost $125, the same as the iQ3, and new customers on a satellite package of Entertainment + $20 in additional packages will have this fee waived for the standalone offer. Bundle offers (Entertainment Plus with Sport or Platinum) will waive the iQ4 fee for satellite customers as well.

If you're keen to get connected now and upgrade to 4K in October, check out Foxtel's broadband packages below, but note you'll only get it with Platinum HD and Sports HD bundles.