Four problems with insurance through super 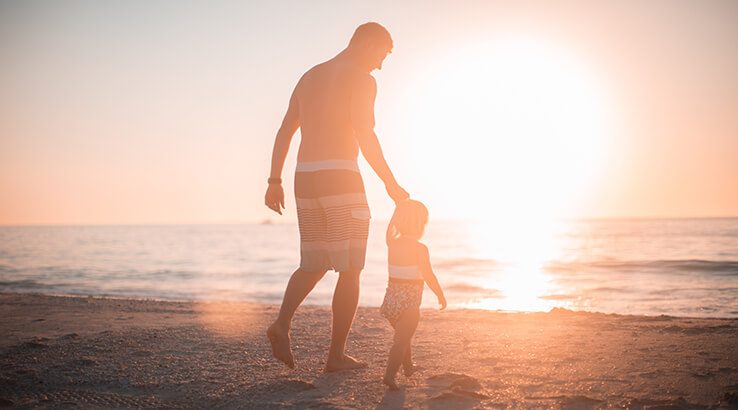 And why you should review your cover.

On the surface, super insurance seems like a good deal. It's often cheaper because risk is spread across all the members in the fund. Then, in some cases, pre-existing medical conditions are covered, making it valuable to those with health issues.

But if you do some digging, you'll find plenty of information that suggests there are drawbacks. Some common downsides are it eats into your super balance and it's not 100% clear who actually gets paid.

This made me curious. Just like super itself, what little details make a difference in the long run?

I spoke to life insurance adviser Andrew Kennedy from HLB Insurance Services to find out more. Here's what I learned:

1. It starts off cheaper but can be more expensive if you need to customise your cover

Quite often that ends up being more expensive than a retail offering.

While super insurance can often be cheaper, the amount of cover you get is often the insurer's "ideal range" and may not be enough for your needs.

For instance, if you have financial commitments like a mortgage, this is when you'll need to increase cover. This increases your cost, as Kennedy explains.

"If you were to go back to them and say increase coverage because you've got a mortgage or whatever, quite often that ends up being more expensive than a retail offering outside of super or paid from a separate insurance and super account," says Kennedy.

Compare the cost between both retail cover and for your situation.

2. Younger people could be underinsured without knowing

A lot of those guys... think they're bulletproof until something goes wrong on a job site.

I's not uncommon for younger members to completely opt out of cover without considering their options. In doing so, they're themselves vulnerable because they "don't really appreciate the potential risks and what they need insurance for".

"If you think about the under-25 opt-in changes that they're talking about bringing in... A lot of those guys that are going to be affected are trade apprentices and stuff," says Kennedy.

He explains the problem is magnified with younger people in risky jobs who believe "they're bulletproof until something goes wrong on a job site."

"All of a sudden, those people that would have been covered for at least the minimum amount you know TPD or income protection don't have any coverage. And then [at] 22–23, they've got 40–50 years of the working life ahead of them and now they've got nothing," says Kennedy.

Opting out of death cover can make sense if you have no dependants, but it's worth considering if you need income protection or TPD cover, especially if you work in the trades.

3. You could be waiting up to 12 months after a severe injury for a payout

I've had a couple of different clients... They literally had to sit there without working for 12 months before they were able to get a benefit.

If you have total and permanent disability (TPD) cover to protect you in the event of a life-changing disability, you'll need to consider there can be 12-month waiting periods in group policies.

"There's waiting periods that have to be served... one is TPD insurance, which tends to have by default a 12-month waiting period that you have to be totally and permanently disabled before you get paid out," says Kennedy.

"That can be quite irritating if you don't understand that you have to wait 12 months between something going wrong and actually receiving that benefit."

Kennedy emphasises the time his clients spent without money when they needed it the most.

"I've had a couple of different clients that I've been involved with where they had a TPD claim. They literally had to sit there without working for 12 months before they were able to get a benefit."

"There would be enormous medical bills coming into that time period as well."

Option to shorten waiting periods on non-group policies for injuries

"TPD insurance that you get separately will have six month waiting periods on some conditions then others (conditions) will have waiting period waivers and that sort of stuff, so they'll pay straightaway, depending on what the condition is," says Kennedy.

Retail cover may have shorter waiting periods for some injuries, so consider these factors when comparing default insurance and standalone cover.

They are still cheaper but there's much less of a difference between group cover and retail cover than there used to be.

As mentioned earlier, group insurance standardises the risk of all its members in one premium. While this benefits those with health issues, for those without it has lead to increased premiums.

"What often happens is younger people who are in the group insurance plan often end up subsidising the older people to keep their costs down," says Kennedy.

Cover that isn't as comprehensive isn't so cheap

"Historically, industry or group insurance policies tended to be really cheap and you kind of accept the fact that they weren't necessarily as good as the non-group policies, because they were so cost effective."

"You're not picking up the fact that, they've (policyholder) got a long-term heart condition or early stages of cancer, and they've joined a fund and turn around 6 to 12 months and make a claim."

"So what's happened now is all of those group policies have become much more expensive because they can't afford to keep making losses on those claims."

"So they are still cheaper but there's much less of a difference between group cover and retail cover than there used to be," says Kennedy.

If you're going with insurance inside super, consider that the cost difference becoming smaller, especially if you're in good health.