I've enjoyed the Forza series since it started right at the back of the pack, on the original Xbox in 2005. I appreciate it, even more, today, now that it's consistently blowing the doors off its old nemesis, the Gran Turismo series. That said, success is starting to breed arrogance and a certain level of disregard toward the very fans that put this franchise on the podium.

For example, let's take a look at the curious case of the Forza Motorsport 7 VIP Edition, advertised to eager pre-orderers thusly: “VIPs will receive additional benefits including 100% CR bonus mods”. If you bought the VIP edition for Forza Motorsport 6, that description would sound like business as usual – like before, the 100% credit bonus must surely double all your prize money for every single event you'll ever attempt. However, in FM7 this is not the case. You get 5 “mod cards” that deliver the 100% reward buff, but they'll disappear forever after a paltry five uses. If you're an optimist, you might see that as a poorly worded promotion. Pessimists would say it's shiftier than an L-plater learning to drive stick – dodgier than a Charger convention. Me? I'm somewhere in the middle.

Whether FM7 represents a worthy upgrade is also a matter of personal perspective, particularly if you buy the Forza Horizon spin-offs made by Turn 10's sister studio Playground Games. Boasting 450 cars and 27 tracks, Forza Motorsport 6, basically doubled the car count of its predecessor, Forza Motorsport 5. FM7 only offers one bonafide new track (plus five others rehashed from earlier Forza titles) and over 700 cars. Before you get too enamoured with last number, understand that a fair chunk of these cars are “Forza Edition” doubles that have been tuned to better than stock; many others have been have been ported over from Forza Horizon 3, which will leave fans of that game with a sense of deja vu. Also, all Toyota production cars have been removed due to the Japanese car manufacturer thinking video game sales are hurting car sales. This is, of course, a ridiculous state of affairs as Gran Turismo Sport enjoys full Toyota support.

The biggest improvements to this seventh iteration are dynamic weather and the Xbox One X version running at 4K 60fps. Played in those conditions, FM7 is a gobsmackingly good-looking game that is a jewel in the crown of Microsoft's console. Aside from one or two rough edges, like the odd 2D looking chunk of mist or tree, this game recreates reality with startling precision. I nearly crashed my F1 McLaren a bunch of times, all because I was marvelling at how well the windscreen was reflecting my driving gloves, while on the other side of the glass my front wiper was jiggling in time with my gear shifts. Other fender benders were almost caused when I was perving at how drastically better the skies and lighting looks now (usually while I was doing 200 km/h down Bathurst's Conrod straight at sunset). Make no mistake, FM7 represents the bleeding edge of video game visuals; even if you're sampling it on the standard XB1 in 1080p it'll put your jaw on the floor. 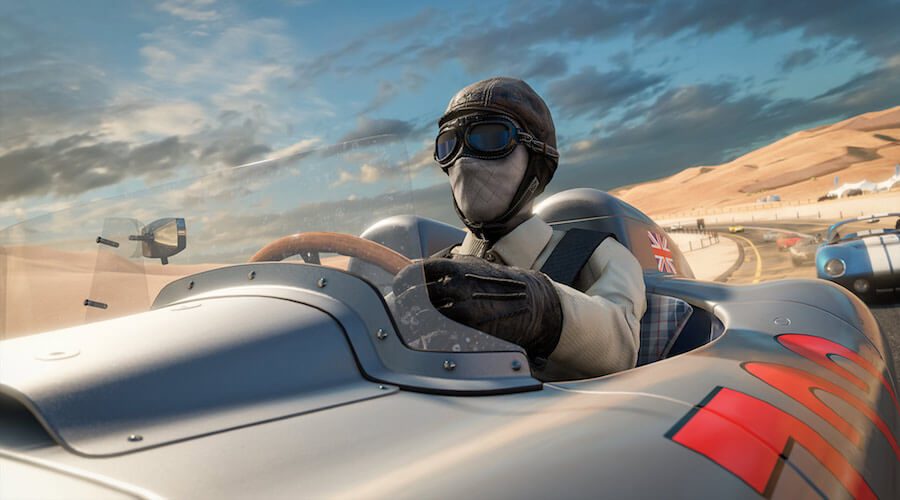 I was also impressed with the much more straightforward take on a career mode entitled “Forza Driver's Club”. You're essentially tasked with making your way up through six event tiers (seeker, breakout, evolution, domination, masters and Forza) with each rung of this ladder being made up of a dozen or so themed championships, or one-off Top Gear-esque sideshows. Mercifully, you need only complete roughly half of the events in any given tier, and this means you almost never have to suffer through a driving discipline you hate (my personal kryptonite is the left-fest that is Nascar).

It's also worth noting that the whips you can buy are reined in by a five tier Car Collector rank. This can slowly be increased whenever – you guessed it – cars are collected. All vehicles are now subject to a new homologation system, too, that evenly matches cars on factors like overall horsepower and tyre width, rather than the old class system and PI (performance index). To be honest, the tinkerer in me disliked homologation in the early days, but I came to appreciate and respect it not only as a playing field leveller, but as a means for drivers to step out of their comfort zones and try new cars they'd ordinarily steer clear of in their quest to min/max with their usual go-tos. Better yet, if you're not an avid tuner there's an “auto-homologate” function that takes the grease monkey out of the process.

What pleases me less is the removal of the credit bonuses for any driver willing to test themself without driving assists. Sure, you can still earn a little extra green for bumping up the AI “drivatar” difficulty, but there's no incentive for players to get better by disabling training wheels like auto-brake and racing line. This crackdown on bonuses is an obvious measure to push players into spending their creds on a series of randomly determined Prize Boxes to win the aforementioned mod cards. The idea here is to equip these before a race in order to set yourself a skill challenge which, once completed, will dish out an additional percentage of prize money. Most of these – like racing in the rain, nailing perfect corners and winning while being x metres in the lead – are fun. The fact that you need to foolishly gamble your winnings to partake in that gameplay loop is crap. 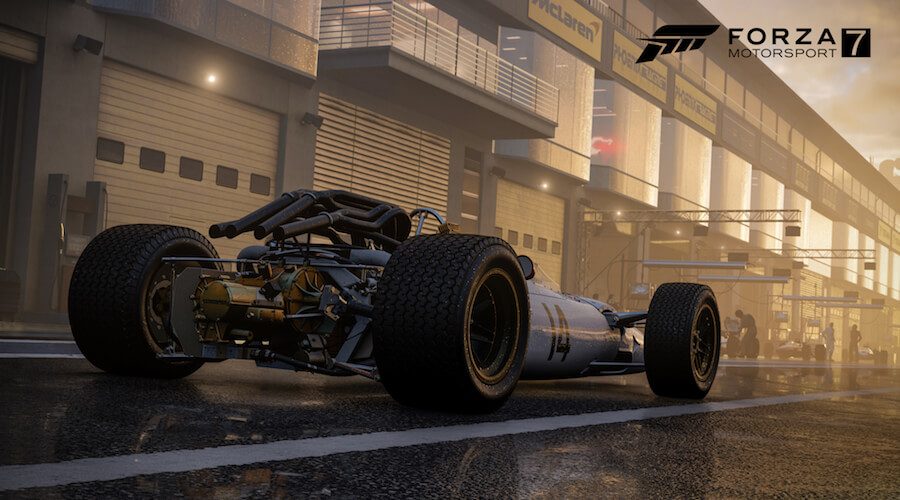 It's the same deal with buying prize boxes filled with mystery gift cars: I'm just not seeing the sense in it. After spending 45 minutes doing a 23-lap endurance race I squandered my prize money on a box only to have RNGesus spit on me by delivering a jalopy worth less than what I paid to enter this awful version of Vegas. After that, I just played FM7 as per usual and the free cars that came my way via levelling were always enough to keep my career progress happily chugging along. Perhaps I was lucky in this regard. Perhaps an algorithm was tracking the events I was choosing and the info was used to feed me the car types I preferred. Hard to say, folks. Either way, I was kept in the sweet spot of racing and never again had to touch Forza's lop-sided lucky dip.

Fortunately, Turn 10 isn't asking real-world dollars for these... yet. That said, I'd caution the developer from veering further off the racing line with any ideas on “games as a service” in Forza Horizon 4 and the eventual FM8. That'd be a car crash this franchise might not recover from.

We reviewed Forza Motorsport 7 on Xbox One with a copy provided by the publisher.

The future is a little worrying, but for now, FM7 takes the checkered flag as the leader of console racers. If you crave realism and open content access above all things, I'd say the much more sim-minded Project Cars 2 is worth a look, but you should stay right here if you're after mind-blowing visuals, the largest car collection in gaming, and a handling model that delivers fun while demanding respect.

Available for XBOX ONE PC