Due to the excitement of a new Fortnite season, gamers missed the surprise announcement about MagnaChain and its Blockchain.

Fortnite is huge. In its first 10 months, Fortnite has shifted from a casual following to an industry behemoth enjoyed by over 125 million gamers. To put that figure into context, your standard Call of Duty game pulls in between 20 million to 25 million players over its entire lifespan.

Yep, Fortnite has put the Epic in Epic Games, and the developer – to use the World Cup parlance of our times – is in dreamland.

The Fortnite model is working a treat, too. The beloved Battle Royale mode cycles through 10 week seasons, ensuring that the entire community has a defined end goal in sight for every play session, and something exciting to look forward to in the foreseeable future.

Today is a big day. Season 4 has ended, and Fortnite Season 5 begins. At the bottom of this article, we run through the major changes for you and what you can expect next time you jump out of the bus, but there is one reveal that should have – but hasn’t – received any attention. One that could ultimately change the way Fortnite is played, and in turn, alter the greater gaming industry that is trying to replicate its success.

As discussed in today’s episode of GxB: Video Games and the Blockchain (see below), developer Epic Games is going a little crypto.

Fortnite on the blockchain

With little to no fanfare, the MagnaChain Testnet launched overnight. The MagnaChain (formerly known as CellLink) is a new blockchain custom built for use in video games. It uses a hybrid Proof-of-Work/Proof-of-Stake system, can be scaled through sidechains, can be used to deploy games directly and can handle up to 100,000 transactions per second, which is vital to any game of size – like a Fortnite – to function.

If you’re not up to speed with the whole blockchain phenomenon, we have a full beginner’s guide here. Best known as the technology that drives the cryptocurrency industry, the blockchain has significant and powerful applications beyond the finance sector. For example, did you know it has already been deployed through the Xbox ecosystem?!

So why is this relevant to Fortnite Season 5? Alongside the launch came the announcement of a partnership between MagnaChain and Epic Games, quietly revealed on the former's website. The details of that partnership have not been revealed, but we know Epic Games has already been actively looking for blockchain solutions to include as part of its software development kit (SDK) for the hugely popular Unreal Engine 4.

If there is one thing we know about Epic Games, it’s that it uses its own games as the guinea pigs for new Unreal Engine technology in order to show off to other studios what is possible. And ever since it was first announced (the best part of a decade ago), Fortnite has been the poster child for Unreal Engine 4.

If and when this partnership leads to blockchain integration with Unreal Engine 4, it’s fair to assume Fortnite will lead the way. Tim Sweeney, CEO of Epic Games, has been vocal in his support of what blockchain can achieve, too. In an interview with GameBeat, he said:

You come to the realization that the blockchain is really a general mechanism for running programs, storing data, and verifiably carrying out transactions. It’s a superset of everything that exists in computing. We’ll eventually come to look at it as a computer that’s distributed and runs a billion times faster than the computer we have on our desktops, because it’s the combination of everyone’s computer.

Now we’re approaching 10 years of the blockchain. As these technologies become more widely accepted, we’ll see a whole new generation of distributed systems, which really changes the game — away from closed to open. Instead of building a business that extracts money from a service, you build an economy in which everybody can be rewarded for participating in many different ways.

Why Fortnite is a great fit for the blockchain

It doesn’t hurt that Fortnite is ripe for transcending across to a blockchain ecosystem. Many of the game’s key features would benefit greatly from the fast, cost-effective, secure and transparent nature of the blockchain.

There is the in-game currency system, the nature of the battle pass unlockables and the levelling-up process, plus the big push into the eSports scene. Linking all of these components and the financial transactions to access them to users (and potentially content creators) would save Epic Games a lot of money in overheads, and provide a better user experience to boot.

There is also plenty that can be offered to the fans in terms of a true ownership of characters and items, with huge potential for Fortnite to leap into the US$50 million strong secondary market as seen through the likes of OPSkins. Epic Games has the power and position with Fortnite to be the leader and pioneer in this space.

Of course, it is unlikely that Fortnite Season 5 will be the era in which we see Epic Games make use of its new blockchain partnership, but there’s certainly something afoot moving forwards. While gamers, for the most part, have been standoffish when it comes to cryptocurrencies and blockchain entering their lives, it’s inevitable. It just has too many benefits for developers, gamers and hardware manufacturers alike. 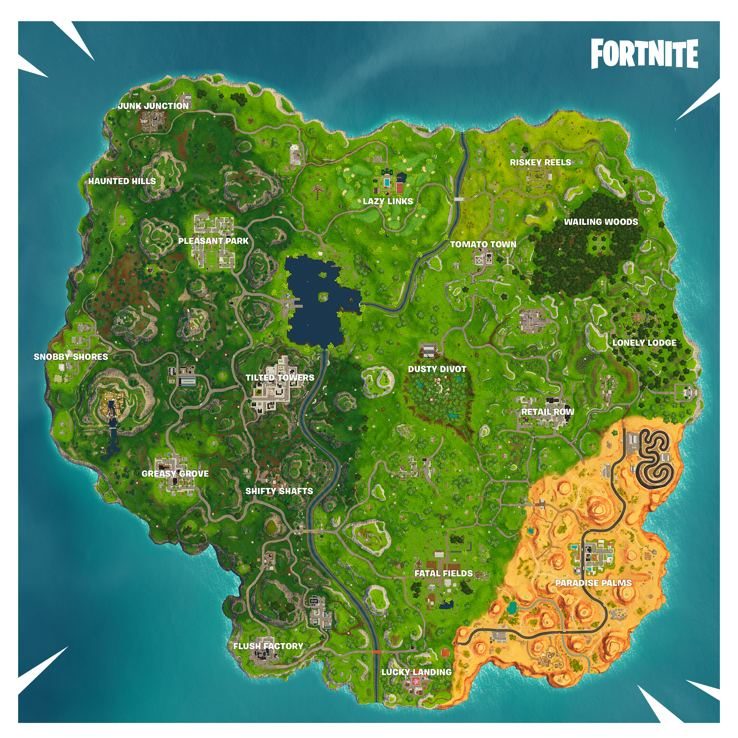