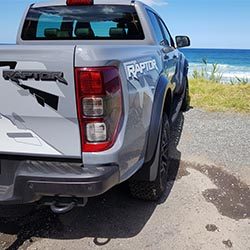 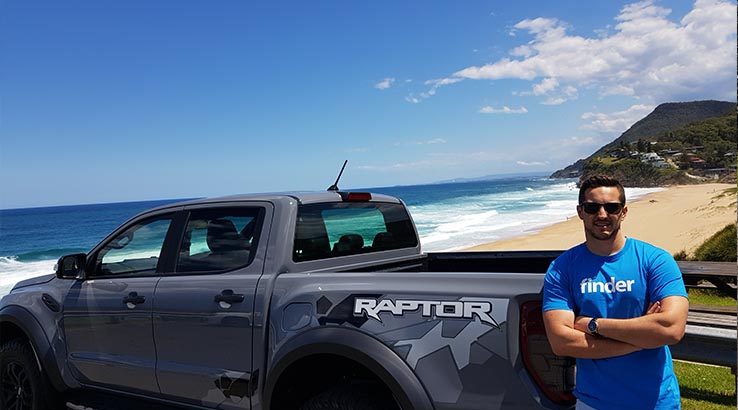 Since Holden and Ford closed their local manufacturing operations, Australians have been deprived of performance utes. Until now...

Gone are the days of 400kW beasts like the Maloo or even its mainstream, tame counterparts, the SS and XR8. These utes were powerful enough to match performance sedans on the weekends, but were also able to move tools and materials for work Monday to Friday.

These days, every second car on the road seems to be a 4x4 ute. While it isn't quite that many, the top two selling cars in Australia do happen to be 4x4 utes at the time of writing. So now we have Ford's solution to the hole in the market for performance utes, the Ford Ranger Raptor. There has been a lot of hype about this car, but is it any good?

If you don't have the time to read on, I'll give you the answer now: Yes, it's very good.

Priced at $74,990 before on-road costs, the Ford Ranger Raptor is the most expensive 4x4 ute on the market. This is closely followed by the Holden Colorado Z71 Xtreme.

Comparing the Ranger Raptor to the Wildtrak, you notice an immediate difference. The Raptor looks bigger and more aggressive. It's actually the first vehicle I have seen that makes an Isuzu MU-X look small.

And this isn't just a trick in the design, the Raptor is bigger and wider. The ride height has been increased to 283mm, an increase of 51mm, while the track has been widened by 150mm, giving the Raptor more ground clearance and stability. Coupling this larger size with the big Ford-branded grille, flared wheel arches and all-terrain tyres and you have quite the head-turning truck. But those turning heads won't be limited to the road – you'll get quite a few looks in car parks too as people wonder how you're going to fit the Raptor into a spot.

How does it drive?

You would think that on-road comforts and ride experience might take a back seat when engineering a vehicle capable of tackling the Baja 1000 Rally, but they haven't.

In my opinion, Ford has developed the best-riding 4x4 ute in the segment that is also capable of taking on some of the harshest terrains.

One reason for this, among all the other engineering changes, is the inclusion of FOX Shock absorbers which make the ride smoother and also able to handle high-speed jumps.

The 2.0 Litre Bi-Turbo engine mated to a 10-speed automatic gearbox in the Ranger Raptor provides plenty of continuous power. It isn't as aggressive off the mark as the 3.2 Litre engine in the Wildtrak, but after that, it feels superior.

The Ford Ranger Raptor becomes a different vehicle when you change modes from Normal to Sports. Everything becomes a bit sharper and responsive and, as a result, it feels more powerful. Going into manual mode and using the paddle shifters, the big Ford Ranger Raptor feels even more like a performance vehicle – not that I tested that, of course.

Lane-keep assist and speed-sign recognition work a treat, keeping the car on the road and your licence in your pocket. The Raptor also comes with the following tech:

One thing that did annoy me when driving in city traffic was the Auto Start-Stop technology. This technology was developed to conserve fuel by switching the engine off when you are at a complete stop, like at traffic lights. You're able to turn it off, but only for a single trip. Switching it off on the trip computer won't be remembered either, with the engine shutting off each time you stop unless you press the button.

Pushing the Raptor's size to its limits, we took it to some compact car parks. Manoeuvrability was fine as was the width. However, you'll want to keep an eye on the mirrors when going through the boom gates and you'll probably end up holding your breath.

It was raining pretty heavily when we tested the car, so we weren't able to take it off-road on our planned tracks. But having driven the Ford Ranger Wildtrak off-road, I am confident that it is more than capable. With that being said, I'd love to get behind the wheel again and report back with how it goes.

Inside the cabin of the Ranger Raptor, it is more or less the same as the Wildtrak. You have leather trim, Ford Sync 3 with Apple CarPlay and Android Auto, and dual climate control among other features.

There is plenty of legroom in the back seats as well as some storage room for passengers' gear. The Sports seats are quite comfortable on longer trips and passengers remarked as much. There is also a tray at the back to carry cargo.

If you are using this for work and need to carry heavy cargo, it is worth noting that payload takes a hit, with the Raptor able to carry 758kgs in the tray.

In the same vein, if you are towing a boat or a caravan, the braked towing capacity has taken a hit too, being able to tow 2,500kgs. This isn't a terrible number, but it will be worth calculating how much you need to tow on a regular basis.

The reductions are the result of a compromise to achieve the on-road and off-road ride that we mentioned earlier.

There are also ISOFIX mounting points in the back for securing baby seats. All passengers are protected by six airbags, which thankfully we didn't have to review.

If you couldn't tell, we love the Ford Ranger Raptor. It is a fun, smile-inducing vehicle that also happens to have the best ride in the segment. It is also covered by Ford's five-year unlimited kilometre warranty.

It costs a pretty penny at $74,990 and isn't going to be everyone's cup of tea, but that isn't necessarily a bad thing. The Baader-Meinhof phenomenon – where you begin to see the same type of car you're driving on the road more often – doesn't exist with the Raptor.

When you're driving down the road and see a 4x4 ute driving in the opposite direction, you can bet it won't be a Raptor. But you can also bet they will be watching you drive past.