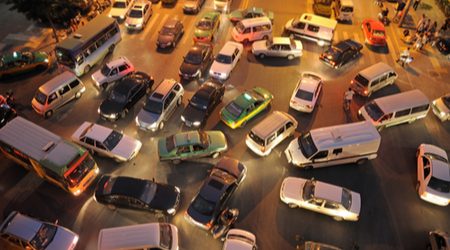 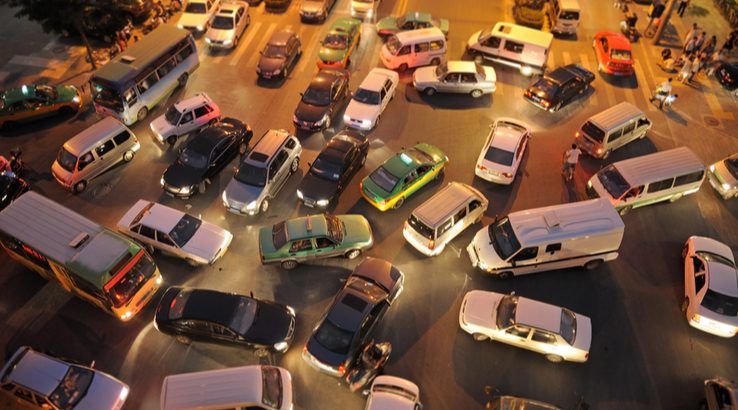 Ford envisions a system where cars turn on "fast mode" and then buy priority access from other vehicles.

Ford Motor Company has patented a cryptocurrency system to let driverless cars buy fast lanes. The "vehicle-to-vehicle cooperation to marshal traffic" patent lays out a system where one car can pay another in cryptocurrency to move over and let it pass.

As the patent sagely notes, "the psychology of human drivers... focus on their individual travel time preferences," which is not necessarily compatible with the ideal traffic flow. The patent is specifically designed for "traffic cataract" situations where traffic might be slowed due to a lane being closed rather than general driving.

It consists of two parts:

The platooning system seems to be specifically designed for that awkward in-between phase when more advanced and autonomous vehicles are sharing the road with human-driven cars.

The patent explains a system where the more autonomous "cooperative" vehicles can detect the obstruction well ahead of time, and then efficiently herd the "standard" human-controlled vehicles through it.

Ford's patented cryptocurrency has a catchy name: "cooperatively managed merge and pass tokens" (CCMP tokens). These tokens can let cooperative vehicles barter for the fast lanes in traffic congestion. To make sure it all works smoothly, and to prevent a future of endless on-road haggling, Ford pictures it as a driving mode that can be opted into on both sides and turned on and off.

For example, a car (hereafter referred to as Mr Important) might buy 10 minutes of fast driving mode at a rate of 1 minute per token. The payment will be distributed among participating vehicles that move over to accommodate Mr Important on his very important journey in the next 10 minutes. Drivers will need to choose to opt into the system in order to move over and receive the tokens.

"The CMMP system operates with individual token-based transactions, where the merchant vehicles and the consumers' vehicles agree to trade units of cryptocurrency (sometimes referred to as "CMMP tokens"). The CMMP tokens are used to validate and authorize a transaction in which, at consumer vehicle request, the merchant vehicles either occupy slower lanes of traffic themselves, or allow the consumer vehicle to merge into their own lane and pass as necessary."

The entire system is dependent on vehicles being able to track and communicate with each other. This is how Mr Important knows which cars moved over to let him pass and whom to divide the money among after his 10 minutes are up. It's also how Ford pictures the system that actually detects traffic cataracts.

In the car's mind's eye, it will see traffic bunching up into fewer lanes long before it reaches that point and receives messages from other vehicles announcing that they've passed through the cataract. This gives them enough time to form up and herd humans through the mess, and gives the cars a clear picture of the situation.

Are we there yet?

The future might be closer than you expect. The "cooperative adaptive cruise control" system that's mentioned, for that awkward phase when robots and human drivers are sharing the road, is a system by which vehicles communicate, relay their surroundings and platoon by controlling their speeds accordingly. This system is coming up to its tenth birthday now.

Meanwhile, car makers of all kinds are quite literally racing towards their future as "mobility solutions providers" rather than mere automobile manufacturers and heavily investing in their own cryptocurrency and distributed ledger systems to work alongside autonomous vehicles.

Ford pivoted towards "smart mobility" in 2015 and has been on the lookout for experienced blockchain engineers, while Daimler recently released its own MobiCoin cryptocurrency, which looks mostly like a nice way of testing blockchain and cryptocurrency tech internally.

And off in Germany, Volkswagen has partnered with the Germany-based IOTA cryptocurrency to actively work with the project on developing a public network for smart cars and others.

"IOTA has the potential to set a standard for trusted machine-to-machine transactions," said Volkswagen chief digital officer Johann Jungwirth, who is now part of the IOTA Foundation's advisory board. "With its brilliant technology, it's no question why mobility and technology companies, as well as other key players in the industry, are joining the Foundation."