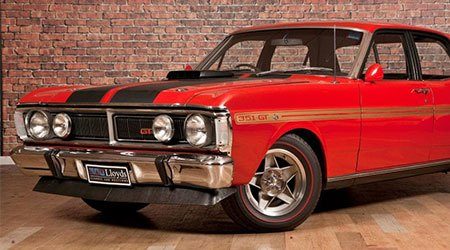 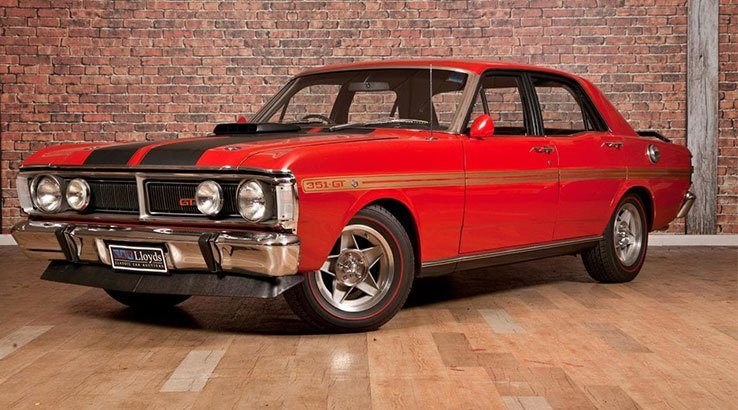 Interest in classic cars swelling along with prices.

History was made this weekend at a Lloyds auction house in Kelso, NSW. An ultra-rare Ford Falcon sold for $1.03 million, making it the highest selling Falcon at auction ever, beating the previous record by $300,000.

We’re not talking about any ordinary Falcon here, not even a standard GT. No, the car in question is a 1971 GTHO Phase III Falcon. This particular model was previously owned by Australian cricketer and fast bowler, Jeff “Thommo” Thomson, who bought the car in the late 80s for $23,000. As part of the car’s documentation, the winning bidder will receive photographs of Thommo sitting in the cabin during his ownership.

It’s estimated there are now fewer than 100 GTHOs in existence.

GTHO Phase IIIs were built for only a very short period, around seven months from May 1971 to November of that year. Just 300 were manufactured, as homologation specials that allowed the car to qualify for the Australian Touring Car Championship. The car boasts a performance braking and handling package, a heavy duty Detroit rear diff and an oversized 164 litre fuel tank. At the time, buyers paid $5,159.40 for a GTHO, around $54,000 in today’s money. In its day, it was regarded as the fastest four-door production model in the world.

With Alan Moffat at the wheel, a GTHO Phase III took the 1971 Bathurst 500 chequered flag. Moffat was the first driver to lead the race from start to finish. The car was so good that all podium finishers were running GTHOs and half of the top ten finishers had Phase IIIs.

“Now we have taken it into the seven digits we expect to be inundated by Phase 3 owners and buyers which is exciting for all classic car collectors and investors around Australia.”

The owner of the unique Ford Falcon wasn’t the only seller to make a tidy profit over the weekend. Also vying for the attention of bidders was a mint condition Holden Torana SS A9X GMP&A (standing for General Motors Parts and Accessories). This A9X had a mere 14km on the clock and it had been stored inside, unused for 30 years. The winning bid totalled $500,000, beating a record set by the first production Torana that went up for auction in March this year.

A good time to invest in classic cars?

There’s been a definite upsurge in classic cars recently, which Freeman attributes to the closure of the Australian car manufacturing sector. With a number of recent high-value car auctions, including a Holden Commodore selling for $340,000, you may be wondering if you should invest in a classic car?

If you’re interested in classic car investments, read our guide that covers cars with possible future investment potential and what to look for. We also help you compare car loans for classic cars, so you can finance your purchase.