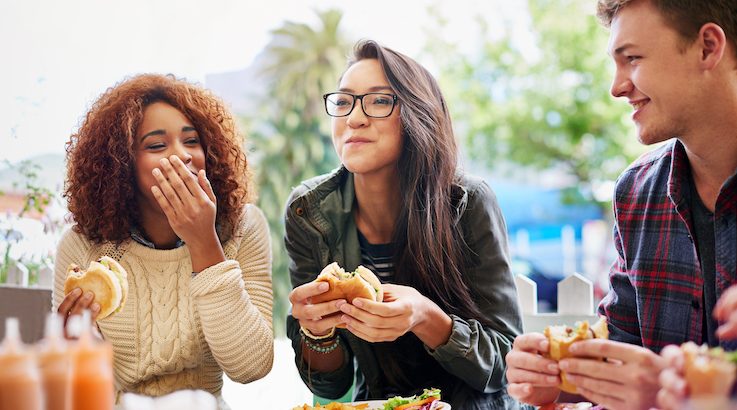 The world's largest food delivery app continues to shake up the market in Australia.

US food delivery app giant DoorDash has announced it will begin operations in Sydney this week and celebrated the launch with an offer of 10,000 free burgers to local punters.

The service which has been operating in Melbourne since September is the second international location for the US-based DoorDash, which claims to be the largest of its kind in the world with 700,000 drivers, access to over 300,000 restaurants working across 4,000 cities in North America.

Another player in a crowded market.

The addition of DoorDash this promises to shake up the Australian market which is currently dominated by UberEats, Menulog and Deliveroo. Delivery service Foodora closed up shop in Australia in August stating that the closure was due to a desire to shift focus to other markets.

The arrival of the delivery service downunder has not been without controversy so far, with some food retailers complaining to the Sydney Morning Herald that DoorDash had signed their businesses up without their permission or knowledge.

Where does DoorDash deliver?

DoorDash is available throughout the Sydney CBD and suburbs including Manly, Bondi, Parramatta, Castle Hill and Quakers Hill. The service has also been in action in Melbourne since September and services the CBD and a wide range of suburbs. It has plans to roll out further coverage in both cities.

Thomas Stephens, DoorDash managing director in Australia, states that the delivery service will be focusing beyond inner-city areas to deliver to the suburbs as a point of difference to established players such as Uber Eats and Deliveroo.

What kind of cuisine does it deliver?

Thousands of restaurants are available for home delivery and pick-ups. Some of the better known providers include Betty's Burgers, Oporto, Fishbowl, Grill'd and Roll'd. It also delivers a wide range of food from local and one-off establishments located in Sydney and Melbourne.

DoorDash basically operates in a similar way to the other food-delivery apps, although Doordash drivers (or "Dashers") get paid upfront and have the option to accept or reject jobs as they like.

One key difference is it allows group orders. This allows multiple people to add individual items into a collective order cart at the same time and can be done in advance.

While the free burgers on offer have now been devoured, DoorDash says it will be doing future promotions. In the meantime, it is also running a "30 or $30" promotion where if you order from a certain selection of restaurants, the order will be delivered within 30 minutes and if it isn't the customer will receive $30 off their next order.