Five fintech problems that need to be addressed | finder.com.au

The five fintech problems that need to be addressed in Australia 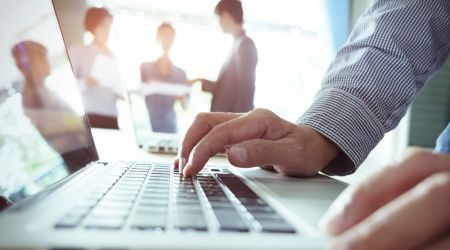 Anita Kimber, EY fintech leader for Oceania, said EY is "delighted" that various fintech players will be able to leverage the research and insights.

"Our research provides a really important fact-base on the current state of fintech in Australia and identifies five key drivers that will need to be addressed if the local industry is to reach its full global potential," she said.

So, what are these five drivers?

With fintechs surveyed having an average of seven employees, finding and retaining talent is a key focus for startups. Six in ten (58%) leaders surveyed said there was a lack of experienced startup and fintech talent in Australia, and that finding this talent is one of their main internal challenges. Skills in engineering and software were ranked highest for skills, which may be part of the reason why product development was identified as an internal impediment by 52% of those surveyed.

The government has been looking to address this through STEM pathway initiatives, but the census found that the majority (47%) of fintech founders recruit through their own contacts.

Finding capital has been less of an issue for startups, but the census results have identified a "rapid but growing" pool of capital in Australia. Nearly half of those surveyed (46%) had their capital raising expectations met, while only 8% could not raise funding or did not receive any funding. Startups that were surveyed raised an average $3.85 million.

Danielle Szetho, CEO of Fintech Australia, said she was happy with these statistics.

"I hear from people a lot saying it's really hard for them to get funding in Australia, but I had a hypothesis that it was likely their idea just wasn't good enough to get an investor excited yet," she said.

"We're supportive of programs that help entrepreneurs really understand what good looks like on an international stage, and to become really solid at pitching their ideas and building out their business."

Fintechs are opportunistic, with the entire industry depending on startups finding gaps in the current market. The census report explained that these "gaps aren't always obvious and the solution needs to be seen as genuinely and positively differentiated in the market." Identifying this gap often means that a product or service is based on a want that isn't there yet.

The main issue that was prevalent in the "demand" area was customer acquisition, which was cited as a challenge for over half of those surveyed. Building partnerships with banks and financial institutions was also seen as an impediment by 42% of fintechs.

One-third (33%) of fintechs surveyed had ten or fewer customers, but the average revenue in the last month was $215,000. This lowered to $146,000 for startups that were less than three years old.

While this may be an issue for individual startups, we are in line with global standards of fintech adoption, only sitting slightly below the EY Fintech Adoption Index global weighted average of 15.5% at 13%.

A supportive policy and regulatory environment are essential to a thriving startup ecosystem. Australia has come a long way in terms of regulation, including the introduction of a regulatory sandbox and tax law amendments for the fintech sector. The census showed which initiatives were most important to fintechs and what might be worth developing further.

In line with the difficulty of finding fintech talent, 79% of fintechs said policy reforms in areas that make the employment process easier, such as payroll tax reform and skilled migration visas, would be useful for the industry. Two initiatives that ranked the highest for fintechs were capital gains tax relief and increased tax incentives for angel investors. The census also found that the majority of fintechs (60%) do not currently hold a financial services license.

The fintech landscape in Australia has become more supportive and collaborative in recent years, with several fintech hubs now in operation across major cities. The census found that accelerators and incubators were an important contributor to the success of fintech in Australia to 69% of respondents. Fintech companies use these coworking spaces and hubs an average of 2.2 days per week, but 49% have never used a shared workspace.

"isolation is the biggest challenge for any new founder. Anybody that's looking to set something up, my advice is to be part of a hub. Doesn't have to be a fintech hub, but where there are other people going through similar issues," he said.

"Having this circle of support will help break through the isolation challenge.”

Szetho said she hopes the results of the census propel the next stage of awareness of the fintech industry.

"Things like the fintech ecosystem maps can help investors and corporates across the world navigate the Australian landscape. We had a great list of contributing startups at the end of the report, our next steps are to help make sure people know who they are and what they do."

You can read the full report here.