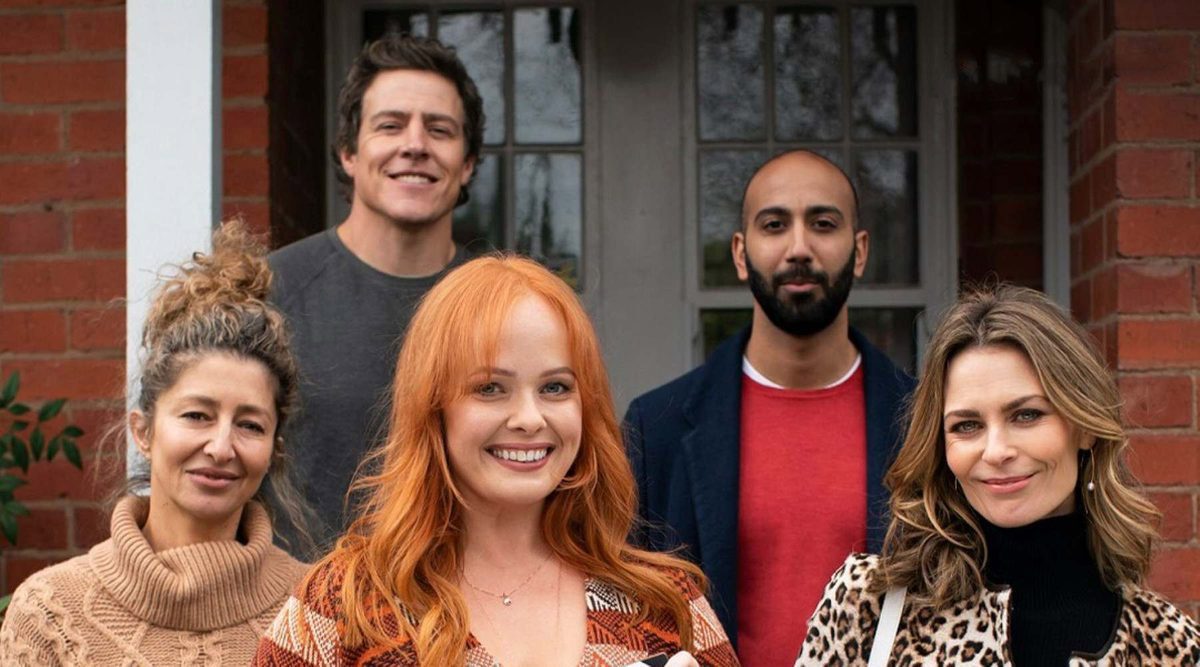 The new season of the Australian series promises secrets, a betrayal and big dreams.

Did you get a chance to recover from the second season of Five Bedrooms, which premiered back in August?

Because we've got some excellent news: the show is coming back much sooner than anyone could have dreamed of. In fact, you can kick off 2022 by catching up with your favourite surrogate family.

The show's addictive combo of comedy and drama continues, with the characters experiencing exciting developments: from break-ups to weddings to business challenges. Here's how to tune in.

When does Five Bedrooms season 3 come out?

The third season of Five Bedrooms premieres in Australia on New Year's Day, so you can start a binge-watch session on 1 January 2022. All episodes will be available at once. This season will consist of 8 episodes.

How to watch Five Bedrooms season 3 online in Australia

Like season 2, season 3 of the popular series will be available exclusively on Paramount Plus. It joins a growing library of TV shows and movies, plus live football. The service is the new home of the A-League, with all matches available live and on demand.

If you're new to Paramount Plus, you can enjoy a 7-day free trial. That means you can sign up and stream Five Bedrooms completely free, no strings attached. Once your trial is up, subscriptions to the service cost $8.99 per month.

Highlights on Paramount Plus include highly-anticipated revival series Dexter: New Blood, survival thriller Yellowjackets, crime drama Mayor of Kingstown and Yellowstone prequel 1883. Still on the fence? We have 10 great reasons why you should to give the service a try.

Five Bedrooms offers one possible answer to the quintessential questions: what's the best way to live a life and who are the best people to live it with?

If you're unfamiliar with the show, it revolves around 5 strangers who pool their money and buy a house together. While their arrangement begins as a risky, short-term endeavour, they grow closer. Soon, the group appears to be more loving and functional than anyone expected. Sharing highs and lows, they prove that a found family can be just as important as a biological one.

According to the official synopsis for season 3, Evie's nursery has been now turned into a bed and breakfast. There's a break-up for the house to navigate, which will undoubtedly be tricky. Elsewhere, someone gets an opportunity to become a parent and – drum roll – the first Five Bedrooms wedding is coming our way! Talk about an eventful start to 2022.

A feel-good, moving series, Five Bedrooms is a solid candidate for your first binge of the New Year. Whether you're a long-time fan or plan to meet these charming characters for the first time, you'll be in great company.