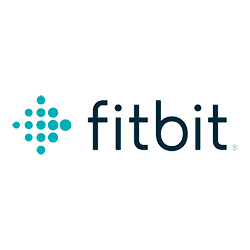 Compare Fitbit wearables: How to choose the right Fitbit for you

Fitbit's wide range of wearables does a whole lot more than just track your steps.

How to compare Fitbit wearables

Mention "Fitbit" to just about anybody and chances are they'll start thinking about step tracking and general fitness activities. It's right there in the name of the company, after all. While Fitbit got its start in simple fitness trackers, it's since expanded to take on the wider world of wearables while constantly updating its core Fitbit app so that long-term users can track their progress no matter which Fitbit device they're currently using.

Here's what to consider when choosing a Fitbit wearable:

This mostly comes down to what style you prefer, with most of Fitbit's current range of trackers offering time tracking digital interfaces anyway. For some folks, though, there's an appeal in having a more discrete band on their wrist rather than a full watch face, or vice versa.

Naturally, if you opt for a Fitbit tracker device such as the Charge or Inspire tracker, you'll be met with a smaller display on which to measure your steps and manage simple functions. On the other hand, Fitbit's smartwatches have to manage more complex apps and features, so they're equipped with larger displays. That's quite relative of course – you're still looking at a watch face of around 1.3 inches all up.

Fitbit's long track record of fitness tracking means that it's available across iOS and Android devices, as well as Windows 10 PCs, with just a few caveats. Most basic functions will work just fine no matter what device you're syncing to, but there are a few key features of the smartwatches – such as quick replies and microphone access – that are specific to Android devices only. Fitbit provides a handy tool to check which Fitbit features will work with your device, so it's easy to check before you buy.

Want to be able to forget your wallet when you go out for a run and still be able to buy a drink along the way? Fitbit's higher-end smartwatches offer Fitbit Pay, the company's own NFC-based Mastercard and Visa payments system for tap-and-go payments. You'll need to check that your financial institution supports Fitbit Pay, but if it does, you'll be good to go.

Fitbit's basic trackers offer up exceptional battery life for a wearable because they're not tasked with doing too much. Impressively, the same is generally true for its smartwatches as well, although heavy-duty GPS use for tracking can predictably sap the battery life pretty quickly. Still, a working week's battery life – and maybe more – out of a smartwatch certainly isn't shabby.

Fitbit is still all about that fitness goal, and swimmers aren't left out, with its product range featuring IP-rated water resistance pretty much as a standard. This is not a carte blanche licence to deliberately drown your Fitbit to see how far you can push it, though, so check the specifics for your wearable carefully before you take it for a swim.