How are we supposed to compete now? Fintechs, startups on Budget 2019 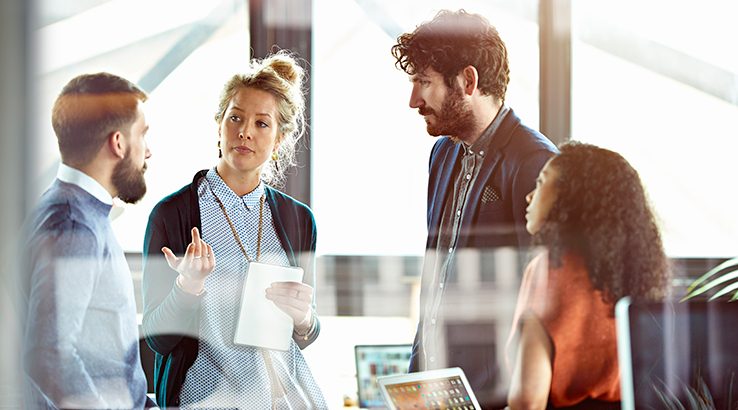 The Budget did not meet the expectations of the innovation sector.

The 2019/20 Federal Budget has established some measures to support innovative businesses but failed to provide clarity on existing schemes and set an overall vision for the sector, according to fintechs and startups.

"Tonight the Treasurer launched his Budget with a message of strong economic management but gave no indication of his government's approach to the transformational role of technology in Australia's economic future," said StartupAUS CEO Alex McCauley. "The Treasurer chose to focus on the status quo rather than outline his government's strategic plan for transitioning the Australian economy into an increasingly technology-led world."

One issue McCauley had with the budget was the research and development (R&D) tax incentive, a scheme which allows businesses to claim support for software activities. No clarity was provided about the scheme in yesterday's announcement but has been cut $1.35 billion over the budget forward estimates, as reported by the Australian Financial Review.

"In the 2018-19 Budget, the government responded to the 2016 FFF R&D Tax Incentive review and announced a crackdown on overclaiming of the scheme. One year later, the response to the review has been put on hold, yet startups continue to be hammered by audits while the status of software under the scheme is in limbo," said McCauley.

"Many of us tech companies were hoping to see a renewed focus on the R&D tax incentive and get a little more clarity on the scheme, so it's disappointing that this was only lightly broached. It's also worrying that expenses for the Department of Industry, Innovation and Science is expected to decrease over the course of the year."

"All the tax cuts introduced to help small businesses are short term, and help them on a micro level. Startups and fintechs on the other hand, are working to transform the way we do business and the way small businesses around the country operate. Investing in the startup ecosystem and industry will flow on to improve other areas of business," Zheng said.

"The R&D tax incentive gave us an incredible leg up in a global race to innovate. How are we supposed to compete with Silicon Valley and China now?"

However, Allert said the extension of the instant asset tax write-off to 2020 is great and "comes as no surprise". The threshold of the scheme was increased to $30,000 as well as expanded to small- to medium-sized enterprises (SMEs) with an annual turnover of up to $50 million.

"These will go a long way in providing a more stable prospect for around 3.4 million businesses," said Allert. "However, there is always more to be desired. Many small businesses who were hoping for the policy to be enshrined in permanency will be closely monitoring Labor's campaign on this front in the lead up to the election."

GM of FinTech Australia Rebecca Schot-Guppy said fintechs and startups will be disappointed by this budget.

"It's supporting the jobs of today, but not the jobs of tomorrow. Whatever happened to Australia becoming the innovation nation?"

She specifically called out the R&D tax incentive as being "incredibly important" for the growth of the fintech ecosystem and technology sector.

"Easy access to it consistently polls as the number one issue for growing a fintech in Australia. Now, fintechs will be forced to compete with major companies for a dwindling pool of capital. Considering all the turmoil this policy has gone through, this could not be a worse outcome."

However, Schot-Guppy was "heartened" by a few measures, including the expansion of the Export Market Development Grant (EMDG) which received an additional $60 million in funding. The grant essentially provides companies with a way to be reimbursed for export promotion expenses, such as visa fees or attending trade shows. McCauley from StartupAUS said the funding boost was a "valuable addition".

"The increase to the EMDG is a valuable addition to the program. In our latest Crossroads report, StartupAUS called for an increase and improvement to the scheme, and we're glad to see a significant level of additional support allocated towards helping businesses export Australian-developed goods and digital products overseas."

archTIS CEO Daniel Lai said it was a good start, but on its own could be a "look at the hand" announcement.

"Does the Australian Government have a comprehensive strategy to address and support the Australian tech startup industry? This needs to be looked at holistically if Government funding is going to support and grow start-ups into real export-earning and job-creating businesses," Lai said.

"It needs to understand the ecosystems and lifecycle of start-ups and what critical support they need wherein they transition from good ideas to healthy sustainable businesses."