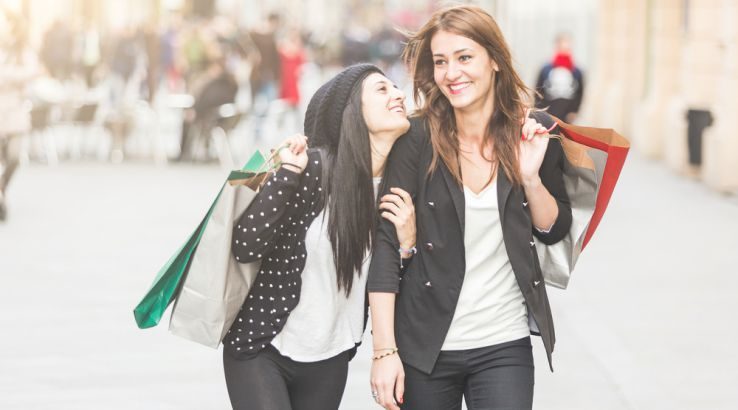 Openpay has partnered with retail platform RainCheck to bridge the gap between online and offline shopping.

Interest-free retail payments provider Openpay has today announced a new key partnership that aims to benefit the 88% of shoppers that buy in-store after researching online. RainCheck is a retail platform that allows consumers to save online items into a wish list that alerts them when a store nearby stocks any item on their list, while Openpay lets consumers purchase an item and pay it back in interest-free instalments.

By combining the two tech-driven platforms, Openpay and RainCheck are hoping to corner a lucrative retail segment.

“It is surprising to many, but retail online sales in Australia are slow, showing a growth of only 2.3% over the past five years,” says Cameron Wall, CEO of RainCheck.

“Three out of four shopping carts are abandoned and 88% of shoppers research online to make purchases offline. The evidence is there that, in Australia, retailers need to need to be utilising tools that get the customers through the door, rather than trying to execute the sale online.”

The combined technology between the two companies will allow customers using RainCheck to save items they find online, and they'll then have the option to "buy now, pay later" with Openpay if they make their purchase in-store.

"The whole purpose behind the technology is capturing online browsers who don’t go all the way to the checkout," he said.

While still a self-described fintech platform, Scalzo believes Openpay is very much tech-focused.

"I’d like to say we’re very much focused on the tech perspective, and continuing to evolve our product...A great example of this is what we’ve been able to do with beacons. When the consumer walks in-store regardless of them having downloaded our app or not, the beacon is going to make them aware that if they want they can utilise a “buy now, pay later” solution in-store, seamlessly."

Other innovations include integration with the retailer. The background of the Openpay app will change to fit the store's branding that the consumer is shopping in, and retailers can send push notifications and messages to consumers about information such as sales.

The partnership has everything to do with connecting the online and in-store experience.

"I like the technology around connecting the two worlds: online and offline. To me that was really the key," said Scalzo.

Scalzo says the partnership with RainCheck, which focuses on connecting online and offline shopping, lines up with Openpay's own goal to be "leading edge from an in-store perspective."

"For both RainCheck and for us we saw it as a great partnership, as the focus of our business is really about that in-store journey, and RainCheck really wanted to partner with the provider that had in-store right and had a really significant presence in physical bricks and mortar stores."

While this recent partnership is innovating the way consumers think about retail payments, Scalzo admits the innovations are responding to consumer habits rather than shaping them.

"Technology is fundamentally important," he said.

"I think “buy now, pay later” is really the evolution of layby, to a certain extent, in-store, but with more benefits; there is no paperwork, you can get the goods then and there and the retailers gets the funds the same day."

"It’s just really digitising that process to be completely seamless."