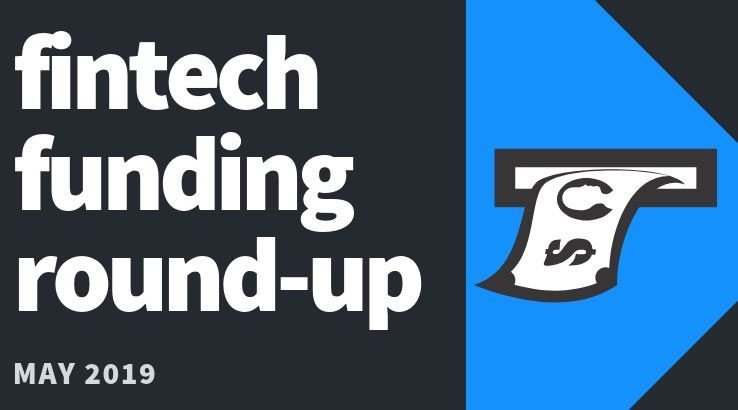 Where the money flooded in fintech this past month.

There were notable funding announcements in May following the strongest quarter for startup funding to date. Over the past month, Prospa announced its Initial Public Offering (IPO) and buy now provider Zip is now considered a fintech unicorn.

See more details about the fintechs that received, or are looking to get, funding below.

Fintech small business lender Prospa launched it's IPO on 16 May 2019. The company is offering shares at $3.78 per share and is looking to raise $110 million. This values Prospa at $610 million.

According to Prospa, the majority of funds raised will fund the equity portion of its loan book and working capital. It will also invest in new products and expand to repay corporate debt.

"We started Prospa in 2012 because it was clear to us there had to be a better way," said co-CEO Greg Moshal.

"As small business owners, we'd experienced the frustration of missing opportunities because we couldn't access finance. We found the traditional system slow, cumbersome and disheartening. From the very beginning, Prospa has set out to be the market leader at what we do – lending to small businesses."

In early May, buy now pay later provider Zip announced it had reached a $1 billion valuation. According to the Australian Financial Review, Zip's revenue grew 20% in the quarter to March 31 from the previous three months to $23 million. Its total customer count reached 1.2 million and it also expanded to New Zealand. At the end of March, Zip's share price went up 36% to $3.50. This left the company with a market cap of $1.2 billion.

Speaking to the AFR, Zip chief executive Larry Diamond said the company has been working since its inception in 2013 to disrupt the credit card market.

"When we started out the business was very much around disrupting the world of credit cards. Thinking about payment volumes in credit cards, it's extraordinarily large. It's about $1 trillion in Australia every year and we're doing only $1.2 billion," Diamond said.

"As every six months goes past, it feels like we're just getting started."

Neobank 86 400 has announced its intention to undertake a capital raising process and has appointed Morgan Stanley to assist with it. According to 86 400, it requires more than $250 million of capital over the first three years of its operation to fund its balance sheet.

The neobank, which is backed by Cuscal, is yet to launch but is currently in pilot testing. It has applied for a full banking licence from the Australian Prudential Regulatory Authority (APRA) and plans to launch its first products later in 2019.

CEO of 86 400 Robert Bell said they have invested heavily in proprietary technology over the past two years to change the way retail banking is delivered in Australia.

"Our app and Customer Experience Engine (CXE) are both built and in testing and we plan to launch with a transaction and savings account soon after we receive our banking licence," said Bell.

"But that's just the beginning for 86 400. We are developing products and services designed to help our customers out, not catch them out, making it easier than ever before for Australians to manage their money."

The money transfer provider currently serves five million customers across the world and processes £4 billion every month. According to TransferWise, it saves customers £1 billion every year in bank fees.

"TransferWise is experiencing phenomenal growth and this investment is testament to that," said CEO and co-founder of TransferWise Kristo Käärmann.

"We don't need to raise funds to continue on this trajectory, but we're humbled by the persistent level of interest in joining our mission. The round provides a way for these investors to buy in, alongside rewarding some of the earliest contributors who've been with us since the beginning."