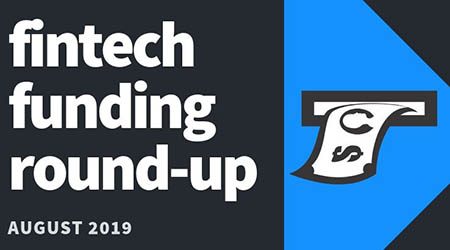 The fintechs getting funding as global investments dip.

The latest CB Insights report into fintech investments shows that venture-backed fintech investments fell to a 10-quarter low in the second quarter of 2019. Fintech deals dropped 22% quarter-on-quarter and 23% compared to the same quarter last year. However, while fintech investments have been trending downwards, some Australian fintechs are seeking or have secured funding this month.

In August, investment platform Stake has closed a $3.5 million funding round in an oversubscribed round. The Stake app allows people to buy, trade and invest in US shares. You can also gift shares to other people with a Stake gift card. There is $0 brokerage on all trades.

The new funding round will help fuel further expansion for Stake which includes a New Zealand launch.

PartPay will provide Zip with a "significant instalment player in New Zealand" as well as an early-stage but fully operational subsidiary that's supported by a local team. According to Zip, the PartPay platform is also localised to international markets and can be easily adapted to new ones.

Of the announcement, Zip CEO and managing director Larry Diamond said: "This transaction marks the beginning of Zip's global expansion story. Whilst we see significant upside in the core Australian business, we feel the timing is opportune to begin investing abroad as we seek to build a global payments business."

Small business lender Moula has launched a Series D private funding round, according to the Financial Review. The online lender is looking for $20 million in equity funding and is considering new investors as part of this round.

Moula received $250 million in debt funding during the March quarter which coincided with its announcement to commit $250 million to small businesses. It also increased its maximum loan amount from $250,000 to $500,000 and extended its loan terms from 24 months to 36 months.

In August, CommBank announced that it had taken part in the equity funding round of Swedish buy now pay later platform Klarna. Klarna raised US$450 million in the round which took its total valuation to US$5.5 billion, making it the most valuable private fintech in Europe.

According to CommBank, the new investment is part of its strategy to extend its digital capabilities and is an exclusive partnership for Australia and New Zealand. The bank invested US$100 million in Klarna and said it intends to invest further at the parent and local level in order to support the partnership.

Klarna currently has over 60 million customers in the US and plans to use the funding round to expand its US growth.

Loyalty platform OpenSparkz recently secured US$1.5 million funding in an oversubscribed seed funding round. The company plans to use the funds to scale and will be launching a Series A round next year.

OpenSparkz is a platform that allows consumers to earn and redeem loyalty points from merchants through an app. Both Visa and Mastercard are integrated through the platform.