Fintech committee calls for submissions: “This inquiry is not about big or small businesses or startups” 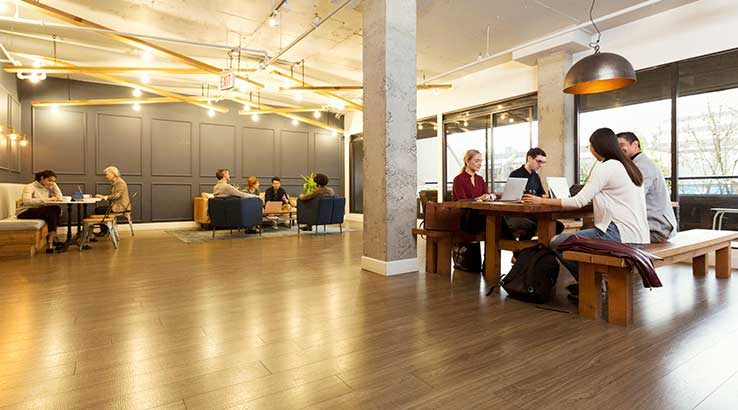 The new Senate Select Committee on fintech and regtech has questions (and some answers) for the innovation industries.

The first issues paper on the national inquiry into Australia's fintech and regtech sectors has been released, providing insight into the government's view of the sector as well as how it plans to shape the inquiry. The inquiry and new committee was announced in September 2019 and will be run by Senator Andrew Bragg.

In the issues paper released today, Bragg recognised that there is work to do.

"This inquiry is not about big or small businesses or start-ups; it is about all Australian businesses being as innovative as possible to create the next wave of employment growth," he said. "Australia still has much work to do to transition and advance our economy."

While the recent EY FinTech Census shows an increasingly profitable and positive sector, we are still not competing well internationally. According to the Australian Investment Council, "the latest available rankings of economic complexity, developed by Harvard University's Center for International Development, has ranked Australia 86th globally – the lowest-ranked of all developed economies and lower than many developing countries".

The paper addressed a number of issues that the committee identified as affecting Australia's competitive position "as a nation that seeks to attract global capital". These include capital and funding, taxation, skills and talent, culture and regulation.

In regards to tax, the issues which will be considered include access to the research and development tax regime and tax treatment for early-stage innovation companies and investment vehicles.

When discussing the issue of culture, the paper notes that "promoting a culture of start-up success is a factor that cannot be created by government, but government can promote ingenuity". It identifies Israel, Singapore, the UK and California in the US as standouts. Australia's weaknesses in knowledge and technology outputs, creative outputs and business sophistication, as identified by the recent Global Innovation Index, were also identified in the paper as opportunities for growth and development.

Some regulatory concerns addressed include the cost of becoming an accredited data holder under the Consumer Data Right legislation and having "write access" in open banking which would enable features such as account switching. Feedback provided by Finder is also addressed in supporting rolling out the Consumer Data Right to superannuation, which could make super fees more consistent and easier to compare.

"Rapid improvements across a number of technologies has led to a step-change in the capabilities and products offered by organisations, and demanded by consumers across the globe," he said.

"Depending on the industry these new capabilities and products are broadly being classed as 'X-Tech' – whether it be FinTech, RegTech, MedTech, or even AgTech. Given the rapid pace, and potential impact of these X-Techs, there is a desire to see that Australia is prepared for, and able to take advantage of, the opportunities these present."

Bragg said in the issues paper that fintech will provide an umbrella into the inquiry to look at sectors such as agriculture and medical which are using technology to innovate.

What do the fintechs think?

GM of FinTech Australia Rebecca Schot-Guppy said the paper is a "watershed moment" for the industry body as it considers every point previously raised to lawmakers.

"In our eyes, its first step towards a national fintech agenda. As a result, we support this inquiry, this issues paper and the points that have been raised."

Specifically, Schot-Guppy believes the widening of the Consumer Data Right to other areas of financial services will ensure it has a greater impact. She also notes that unless the cost of data accreditation under open banking is lowered, screen scraping will continue.

CEO and founder of fintech startup Lumi Yanir Yakutiel said the next 30 years may not look as positive as the last 30 without some major changes to the way the finance sector is supported and regulated.

"It's pleasing to see the issues paper calling out comparisons to other leading markets such as the UK and Singapore, but we also need to emulate the success of innovation centres such as Israel and Silicon Valley if we're going to ensure our sector remains a robust, dynamic source of entrepreneurial success in the future."

Yakutiel said we needed changes to our immigration and education systems as well as looking at our highly concentrated banking sector, which he sees as very skewed towards property lending.

"Singapore, for example, is throwing hundreds of millions of dollars developing the FinTech ecosystem through incentives such as tax relief, regulatory reform, grants etc," Steller said. "The Select Committee should also devise suitable metrics to measure progress and to track the value-add of their investments in the sector."

Questions for the industry

The issues paper has been released at the beginning of the inquiry because the committee recognised "many people and businesses do not find it easy to deal with government".

As part of the inquiry, the committee is calling on the fintech industry to hear about the "lived experience" of entrepreneurs operating in the fintech and regtech space and make submissions to the inquiry.