As banks wait for Royal Commission, fintechs develop own code of conduct 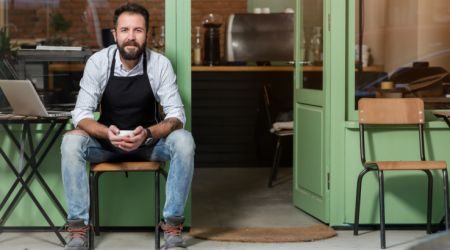 A new report marks a move to self-regulation for fintech business lenders.

A report released today is aiming to shed light on the alternative business finance market. The report was jointly produced by the Australian Small Business and Family Enterprise Ombudsman (ASBFEO), FinTech Australia and theBankDoctor.org and intends to show the steps being implemented to increase transparency and disclosure in the market.

ASBFEO Kate Carnell said it was accepted that "borrowing costs of fintechs will be higher than banks as loans are secured against business activities and not bricks and mortar" but that these costs were not always clear.

Further to that, the report notes that this self-regulatory action is more proactive than reactive considering the high customer satisfaction levels currently being enjoyed by fintech companies. This is contrasting the negative public confidence currently aimed at the major banks.

The cost of fintech finance

"Like many financial services products, lending contracts are complex and have the potential to be complicated and confusing. It’s for this reason our lenders have decided to work together – in a historic move for Australia’s fintech industry – to help define best-practice transparency and disclosure."

The report looked at current industry regulation, practices and the responsibilities of lenders. For example, there is a large variation in methods for calculating and disclosing the cost of fintech business loans. This makes comparison difficult for small businesses.

The survey of 19 fintech business lenders found that opinion was split on whether the transparency and disclosure of fees were currently adequate – 47% found it to be less than adequate and 47% found it to be adequate. The large majority (79%) of those surveyed did support standard definitions of fees across the industry, but the results indicate this was the only consensus among the lenders.

There was also a stark variation in the use of loan calculators which according to the report can "hamper the reliability of their role as a comparative tool". Of the lenders surveyed with a loan calculator, 57% quote an interest rate in the calculator but only 21% include origination and establishment fees.

Managing director of Spotcap Australia and New Zealand Lachlan Heussler said that a loan calculator was part of Spotcap's commitment to transparency and responsible lending but noted the need for a consistent approach.

"We recognised that a consistent, industry-wide approach was needed and, as such were excited to join a working group to create something sustainable to the benefit of the SME community and the broader Australian economy."

Survey respondents were asked to describe how their product differed from that of a bank and responses focused on two areas, ease of application and fast decisions. The availability of unsecured loan options was also mentioned by 26% of survey respondents.

The report findings revealed that 74% offer a fixed term unsecured loan and 32% offer invoice financing. Three in five lenders said the majority of their lending is for terms of 12 months or less. In contrast, 75% of peer-to-peer business lenders indicated most borrowers sought terms of two years or more.

While there is less regulatory restriction than in other areas of finance – business lenders do not require credit licences, for example – the survey results found various examples of fintech lenders mitigating their own risk and doing so in a consistent way.

For lenders that have restrictions on lending to specific industries, there was a high level of consistency in these industries. For example, 26% of respondents would not lend to other financial services providers. The majority of lenders would also not lend to industries with known fraud or that were highly volatile such as construction.

Many lenders were also implementing their own lending practices and principles albeit in an inconsistent way. This includes obtaining an Australian Credit Licence from ASIC, following their own code of Business Conduct and Ethics and meeting the National Credit Code for consumer lending.

Joint CEO of Prospa, Beau Bertoli, said Prospa and others have always been ahead of the curve when it comes to self-regulation.

"In the same way fintech has disrupted the finance industry with better borrowing experiences, we’re looking to do the same when it comes to standardising disclosure.

"As a relatively new industry, fintechs have always been acutely aware of how important it is to build trust through transparency and disclosure."

The report notes that while "tremendous progress" has been made by fintechs so far, the research indicates several areas where practices and processes can be improved. Action items that were identified include:

“We need a level playing field for both borrowers and lenders so business owners are able to make fully informed decisions and lenders can compete on an equal footing," said Neil Slonim from theBankDoctor.org.

“Put simply, borrowers should be able to answer three simple questions: Is this the right product for my needs? Do I know exactly what it is going to cost? Do I know that I can’t get a better deal elsewhere?"

The full report can be viewed here.