Why Stan is planning 30 new originals a year - finder.com.au

Why Stan is planning 30 new originals a year 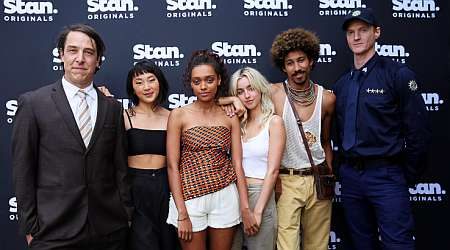 The Australian streaming service needs lots of fresh shows to compete with Netflix and Disney+.

Streaming service Stan today announced that it is planning to ramp up its production of Australian originals, with a goal of 30 new productions a year within 5 years.

"As part of our strategy to bring the world's best content to Australians, we will shift greater investment into Stan Original productions through our local and international partnerships," Stan CEO Mike Sneesby said in a statement announcing the new approach. "This strategy is further bolstered by Nine's production capabilities as we maximise the efficiency of our content investment across the group's market leading television platforms."

Stan also announced a stack of new titles that are already in development:

All this is good news for Stan subscribers, and for the local TV and film industry. I'm definitely keen to see anything Claudia Karvan is involved with.

Stan can take some advantage of owner Nine's existing skills in drama, but those shouldn't be overestimated. Nine often only meets Australian content quotas for dramas by counting shows it purchases from New Zealand (which is allowed under the quota rules but does nothing for Australian actors and crews). If Stan ends up producing 30 new shows a year, that will be a big increase in Nine's output.

But all this is not just about being nice to the local industry. Producing more original shows is an essential move for Stan's survival.

No question, Stan is doing well in a competitive market. The latest data from Telsyte says Stan has 2.1 million subscribers as of June 2020, which makes it the second-biggest paid streaming service in Australia. Number one, unsurprisingly, is Netflix, which has 5.6 million subscribers.

Rivals are nipping at its heels, however. Amazon Prime Video has 1.7 million subscribers, and Disney+ has 1.1 million. The Disney+ figure is impressive, given it isn't yet even a year old.

Amazon has benefitted from the coronavirus pandemic, Telsyste says. Customers are signing up to Amazon Prime to take advantage of free home delivery, and getting the video service as an added extra.

The real issue for Stan though, is that its access to unique programming from other sources is shrinking. For instance, offering classic sitcom Friends has long been a selling point. Stan even sent the Central Perk couch on an Australian promotional tour in 2019.

However, come September, Friends is moving onto Netflix Australia, BINGE and Foxtel Now. BINGE is too new for us to have clear subscriber numbers, but its partnership with Foxtel also means it has a healthy bunch of international shows to offer.

Similarly, Stan has long relied on its partnership with Showtime to pump up its roster of originals. However, Showtime is owned by ViacomCBS, which is planning a renewed push into the Australian market through Ten, which it now owns. 10 All Access will be relaunching in 2021, and Showtime content is likely to be a key feature.

Streaming is the new normal. Finder's Consumer Sentiment Tracker shows that 93% of us stream video content at home. But that doesn't mean every streaming service will prosper.

To survive, streaming services need both well-known "classic" library programming, and buzzy new original shows that audiences feel compelled to watch as soon as they launch. As its library of older shows shrinks, Stan will need its new originals to be big hits.

I wouldn't want to predict what the Australian streaming market will look like in five years. But we're certainly spoiled for choice right now.

Not sure what to watch next? Compare streaming services in Australia to see what's out there, and learn how you can use the Finder app to work out if you're paying for services you don't actually watch.