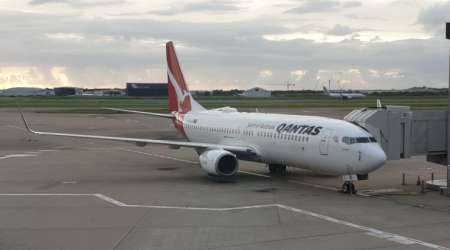 Spending your Qantas Frequent Flyer Points on reward flights has always been the best way to get maximum value. Right now, that's especially true of domestic Economy Classic Flight Rewards, which haven't always been at the top of dream-flight bucket lists.

That means that a Classic Flight Reward is more flexible than a pricey Flex fare. (Changes on Flex are free, but cancellations aren't.) And that means you're getting more value for the points you spend. You're also getting a ticket you can easily change, which is super-helpful when the coronavirus pandemic means your ability to travel can change rapidly.

Let me explain with an example. Recently, I booked a flight from Sydney to Coffs Harbour in September. In the pandemic era, it's a relatively low-risk trip to book since I'm not crossing state borders. But I still need some flexibility, just in case there are new regulations that quell Sydney travel overall, or I end up having to isolate because of potential COVID-19 exposure.

The one-way fare to Coffs Harbour requires 8,000 Qantas Points, plus $35.60 in carrier charges. There's no business class option on that route.

It's also not a very flexible flight. Under normal circumstances, I'd have to pay $99 simply to change a Red e-Deal booking. Qantas is currently offering flight credits if you have to cancel a paid booking before 31 October 2020, so the Red e-Deal is a little more flexible than normal.

Meanwhile, a Flex fare on the same route is valued at $408. Compared to the rewards flight, that gives a value of $46.55 per 1,000 Qantas Points (after factoring in the carrier charges). And if I do have to cancel the flight, I'll simply get the points back. I prefer that to messing around with credits.

Normally, I wouldn't use the Flex fare as the basis for my comparison. But with the temporary pause on penalties for changing Classic Flight Rewards, it makes sense to look at it that way.

The same rules apply to international reward flights, but that's a less appealing option. With Qantas saying international flights aren't likely to resume until mid-2021, there's not much of a window where you can book valid flights right now, and no way of knowing before the end of October if the flight will actually happen. So that's an option to save for the future, I think.

For most people, hanging onto your Qantas Points to use in 2021 remains the best choice. But if you do need to fly in September or October, look carefully at points deals as well as fares.