How does Optus’s unlimited mobile top-up stack up? 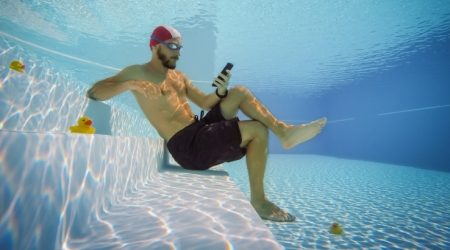 Optus has announced a slightly unusual addition to its mobile plans roster.

Why would you want that?

One obvious scenario is on a weekend getaway, where you might not have access to Wi-Fi but still want to be able to get online.

Similarly, on an overnight work trip, paying $5 might seem a better bet than relying on hotel Wi-Fi, which often gets swamped during busy periods.

Optus itself suggests you might use it to binge on a TV series (which presumes you're using mobile broadband as your main connection).

We've seen various experiments with it over the past couple of years, but most have involved cutting speeds significantly once you've used a certain amount of data.

Telstra, for instance, drops connection speeds to 1.5Mbps after you've used your monthly allowance on many of its month-to-month and postpaid plans.

In late 2019, amaysim did roll out truly unlimited mobile plans, though that was a limited time offer, not an ongoing arrangement. The deal has been extended for existing customers several times during the coronavirus pandemic. I still have unlimited data on my amaysim plan (which also uses the Optus network) right now.

But unlike broadband, where unlimited data is very much the norm, it's still a mobile rarity.

So what are the fiddly details in Optus's deal?

Firstly, this is strictly Australia-only use, so you can't use it as a sneaky way to get some roaming data during a quick New Zealand weekend (when that eventually becomes possible).

Postpaid plans with the option are Optus Choice, Optus One, Optus Family and Optus Kids, which covers most current Optus plans. Note you can't share the data with other services on the same postpaid account. The Prepaid Epic Data plan is also eligible, provided you've recharged with at least $30.

Finally, you can only purchase the Unlimited Data Day through the My Optus app; it's not available in stores or by phoning up.

I don't think I'd switch to Optus purely for this feature since I don't see myself often needing limitless data outside my house, where I already have it.

But if you're on an Optus plan, it's a handy additional perk to consider when you're on the road.