I travelled 542km on a train for free just because 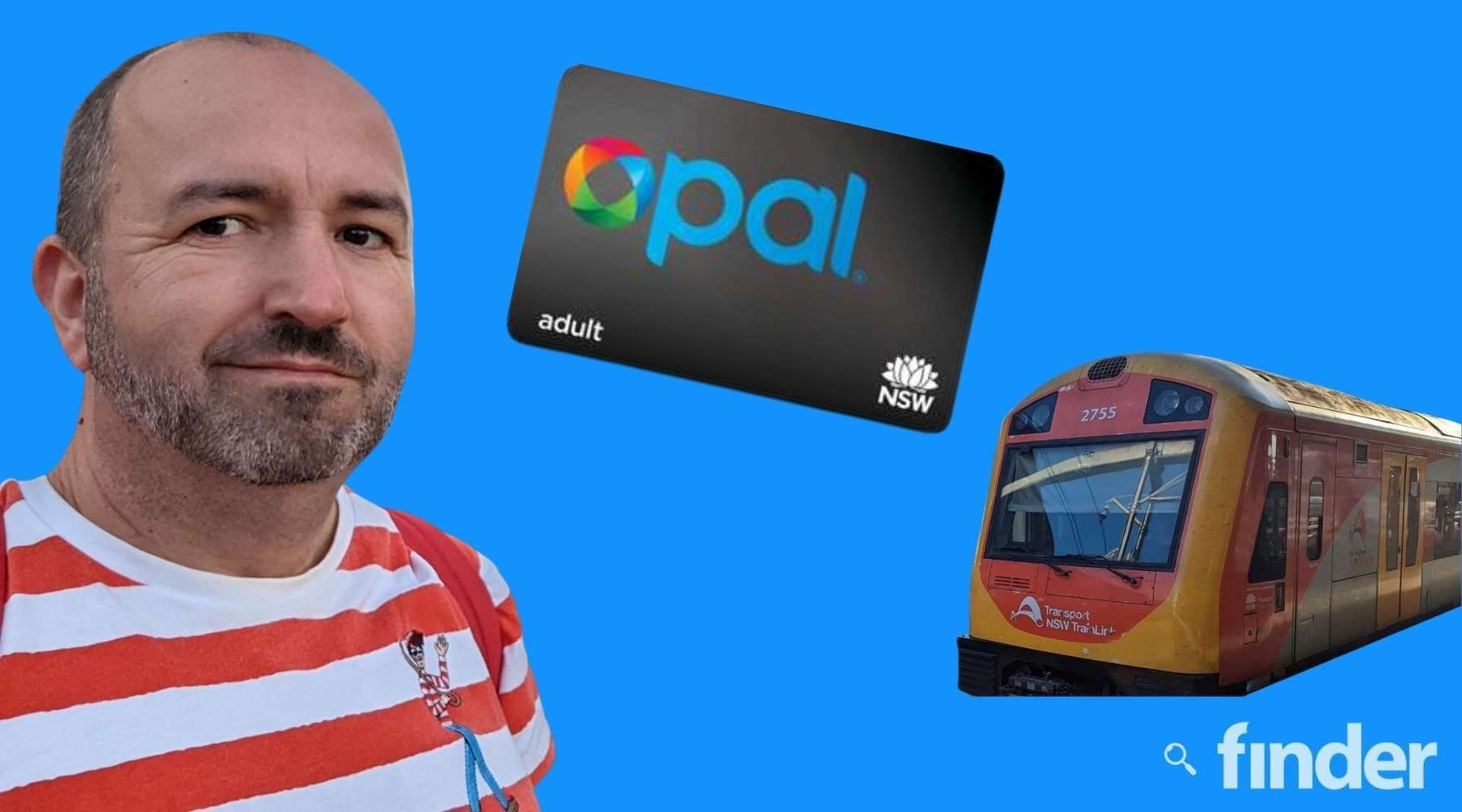 Hacking the maximum value out of an Opal bargain.

As soon as Transport NSW announced 12 days of free travel for Opal card users in Sydney, I started planning how I could exploit it in a ridiculous way.

I have form in this area. I was always a big fan of Opal hacking, a sneaky trick where you could effectively get unlimited travel on trains, buses and ferries across Greater Sydney for around $15 a week. The rules allowing that changed back in 2016, and I marked the occasion by going to every extremity of the Sydney network while I still could.

You can't do that any more, alas, but 12 days of free travel is the next best thing.

Why is Transport NSW offering free trips from 14-25 April 2022? The official line is to encourage post-pandemic train usage, along with apologising for "recent adverse weather and disruptions to the rail network". (Not mentioned: Many of those disruptions were entirely the fault of the state government, which attempted some scare tactics during workplace negotiations.) But regardless of the reason, I love free stuff, and for trains that goes double. So I want to take advantage, just because.

Unlike back in 2016, I don't have time to devote an entire week to travelling. So I decided to make the longest free journey I could in a single day. There are a couple of possible approaches, but I settled on travelling from Bathurst to Scone in a single day: a journey of some 542km end-to-end. This is familiar territory for me. I visited both Scone and Bathurst during my Opal hacking last hurrah, and I headed to Scone again as part of my Trainfinder project to travel every single rail network in Australia and New Zealand's major cities.

So I think I know what to expect as I head off in a Where's Wally T-shirt and matching backpack (insert your own joke). However, there are still some surprises. 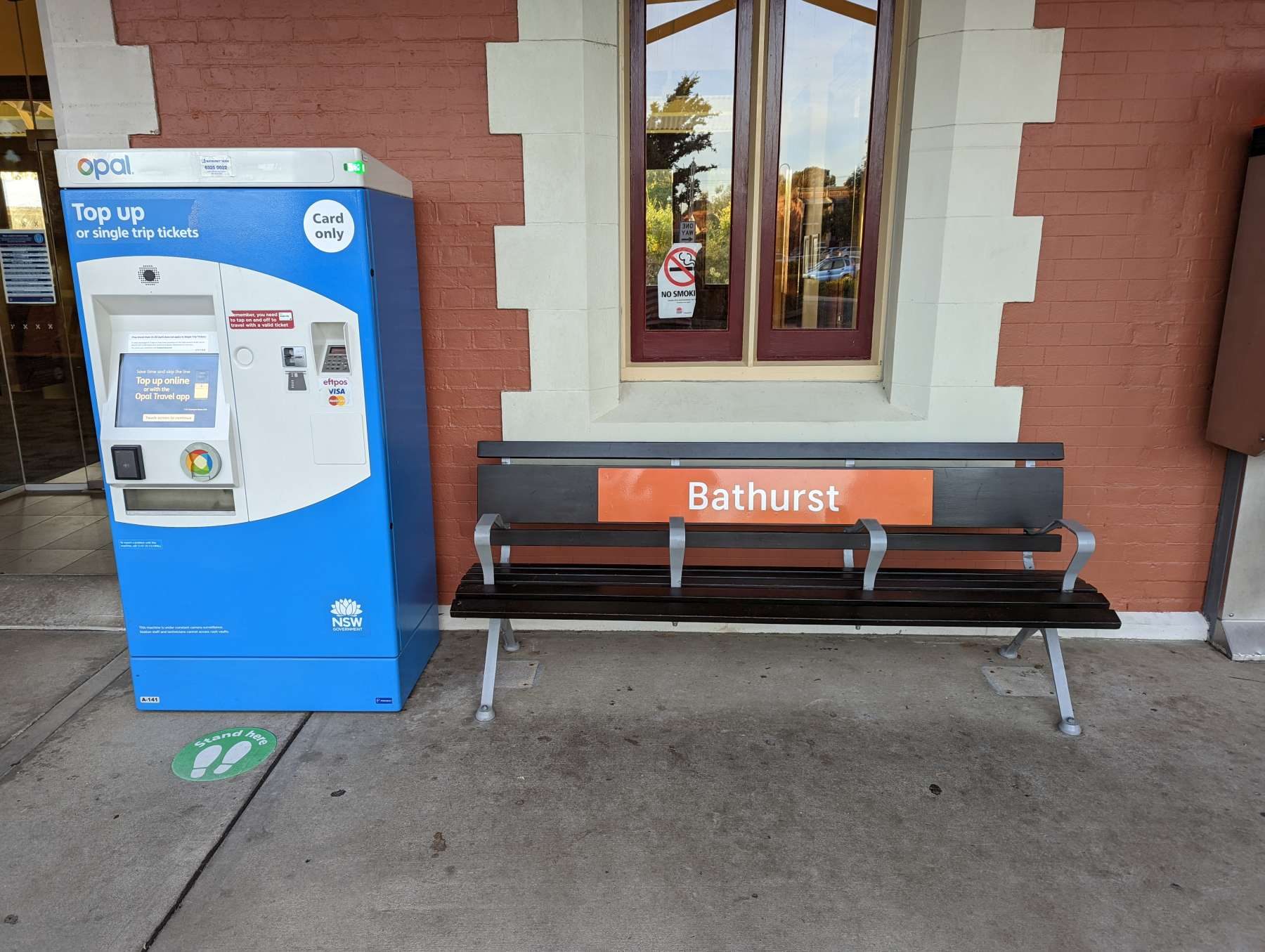 My day's journey begins in the Western New South Wales city of Bathurst (I came up the previous day, and yes, that was free too). Some 228km from Central, this is the furthest west you can travel with an Opal card.

Bathurst is blessed with a total of 4 "Bathurst Bullet" services a day (a pair to Sydney and a pair back). On previous occasions, I've taken the super-early 5:46am service. This time around, I'm going for a slightly-less-challenging 7:35am option. That's scheduled to hit Sydney at 11:19am. I'm working as I travel, so I don't take much time to admire the view. Mobile reception on the first leg of the journey is non-existent (unsurprisingly), but pretty solid after we pass Lithgow. 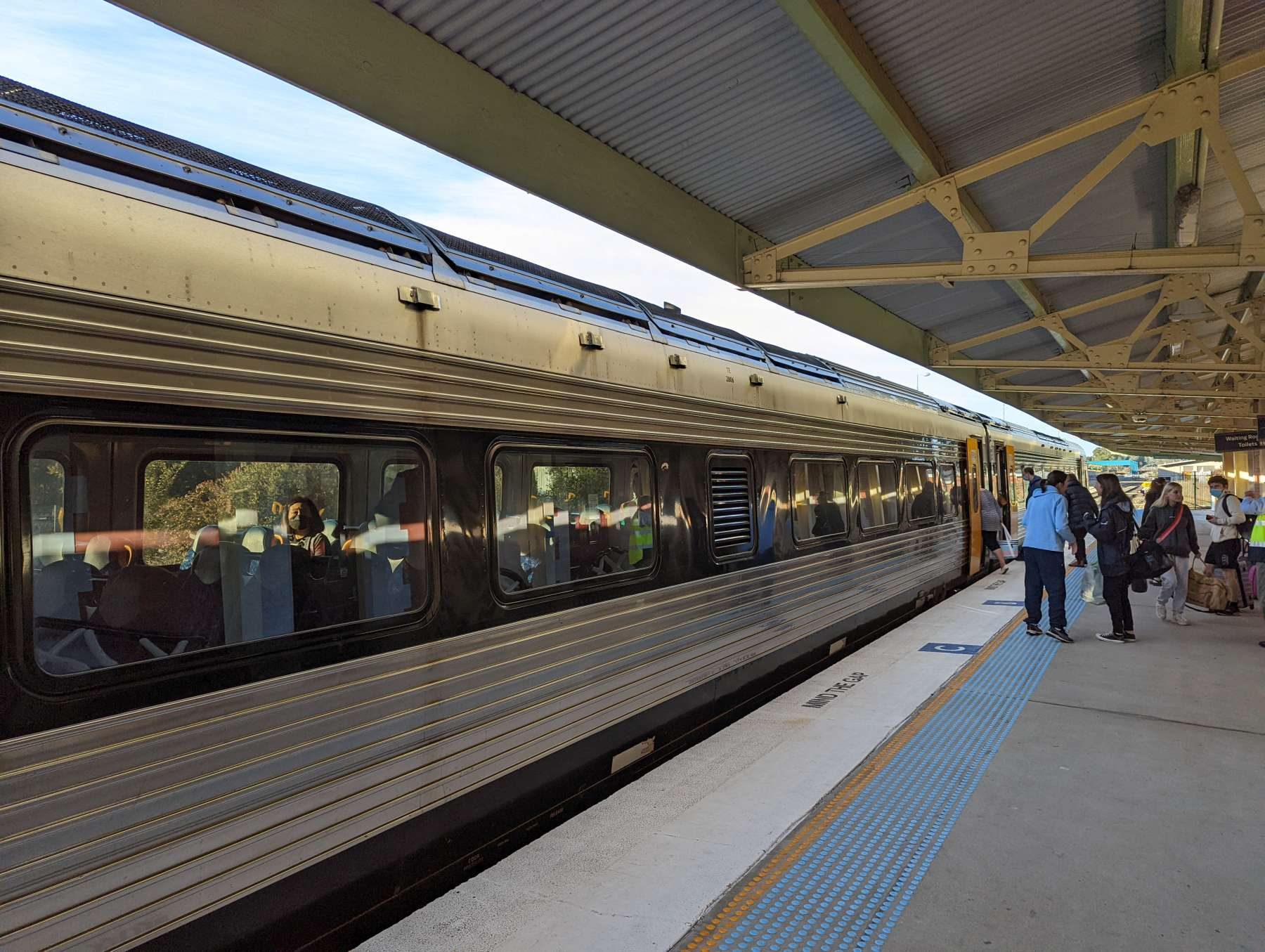 The main surprise? The 2-car train was not absolutely packed. Last time I did this journey, a fellow passenger complained because she had to sit next to me. That wasn't an issue this time around. The other surprise? People actually respected the rules which said that they shouldn't get on the train at any of the stops closer to the city (Springwood, Penrith, Westmead and Parramatta) – those are set-down only locations. With just 20 minutes between services, I grabbed a spinach and ricotta roll and then headed for my Newcastle Interchange train. At peak time this is usually an 8-car service, but in the middle of the day it's just 4 cars.

On the upside, the front and rear cars are quiet carriages, meaning I don't have to listen to fellow passengers. We depart Central at 11:48am, hitting Newcastle Interchange just under 3 hours later at 2:41pm. (That's a distance of 165km.) This train is far more regular than either the Bathurst or Scone options, with services every 30 minutes for much of the day. It's the glue joining my rural extremes together. 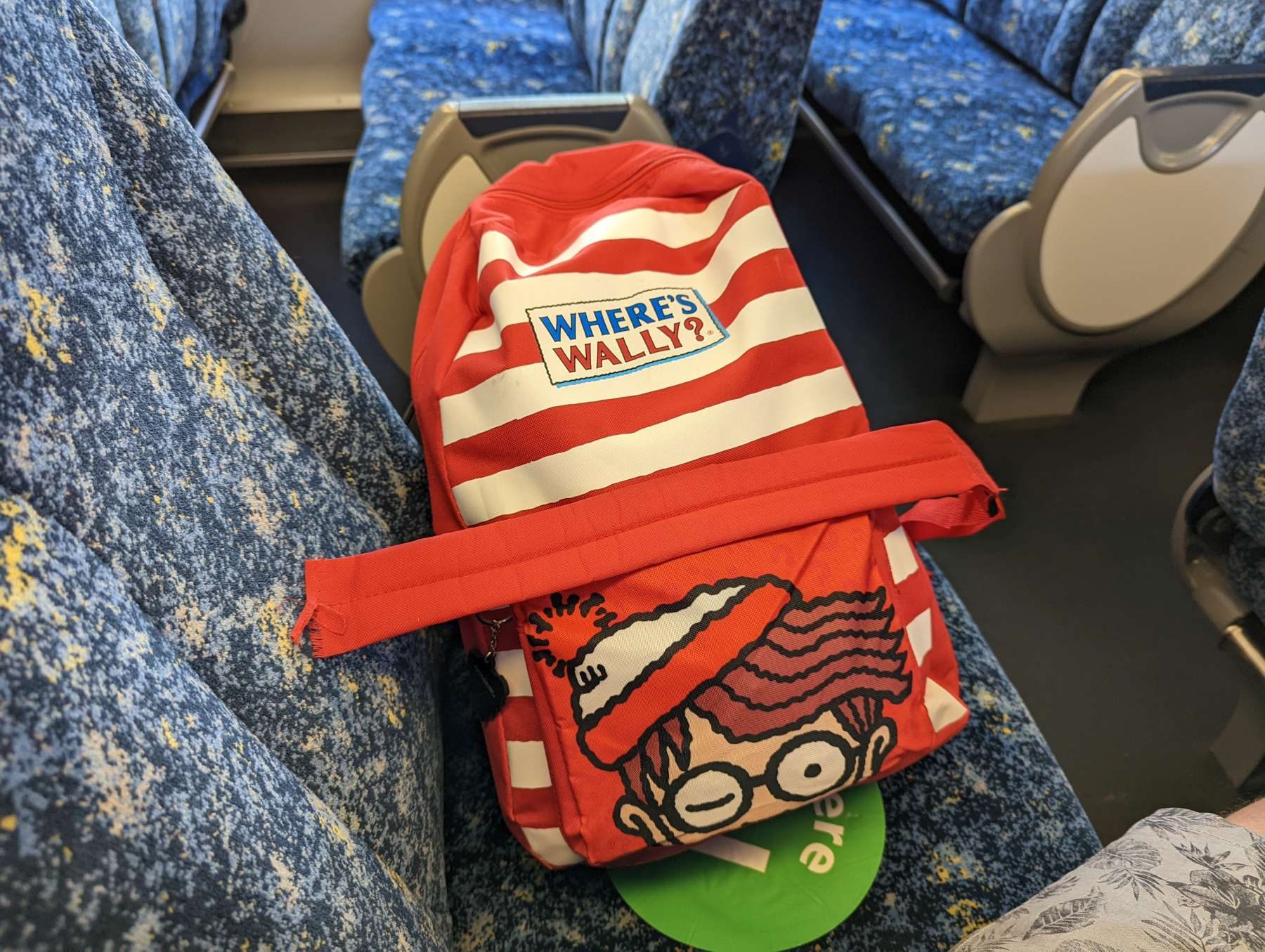 The main surprise? My Where's Wally? backpack (fresh from an Easter show showbag) has already fallen to pieces, with one strap completely detaching itself and the other close to doing the same as I leave the Bathurst train. So much for cheap luggage. I'm still working, but I do pause to grab a quick snap of the infamous Wondabyne station as we pass. This is request-only (no-one requests it today), and the only station in the network which can't be reached by road. You can get here by train, by boat or by bushwalk, but that's it. 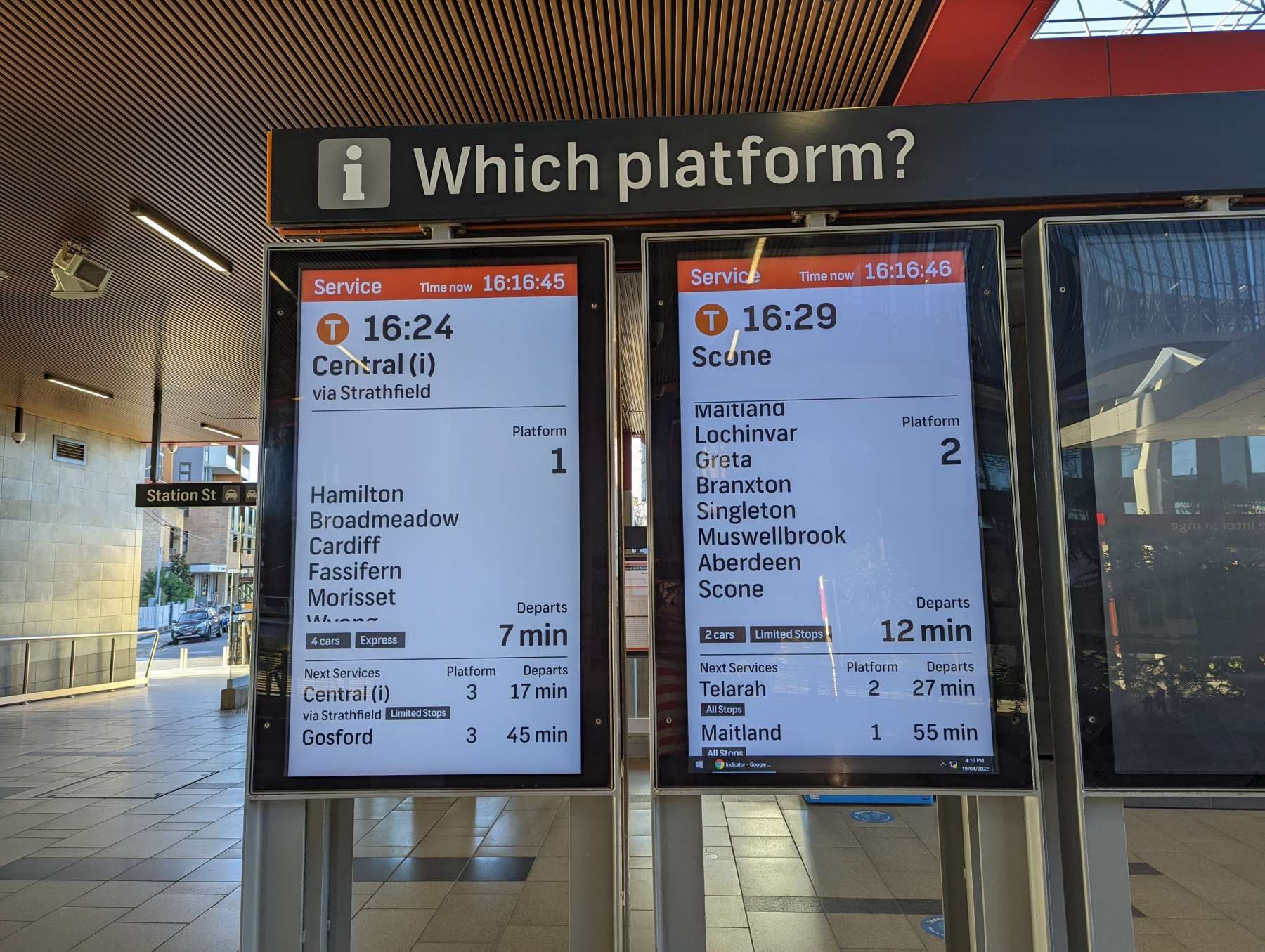 My final trek of the day between Newcastle Interchange and Scone runs from 4:29pm to 6:24pm. While the Hunter Line from Newcastle to Maitland gets regular services throughout the day, more remote Scone has to make do with just 3 in each direction. But its 314km distance from Central makes it the furthest and most northern reach of the network. It's just a small 2-car train, and it's pretty full. No shock there – if you've spent the day in the Newcastle big smoke, this is the most likely service to get home to Scone or the other stations on that branch (Singleton and Muswellbrook being the most notable). 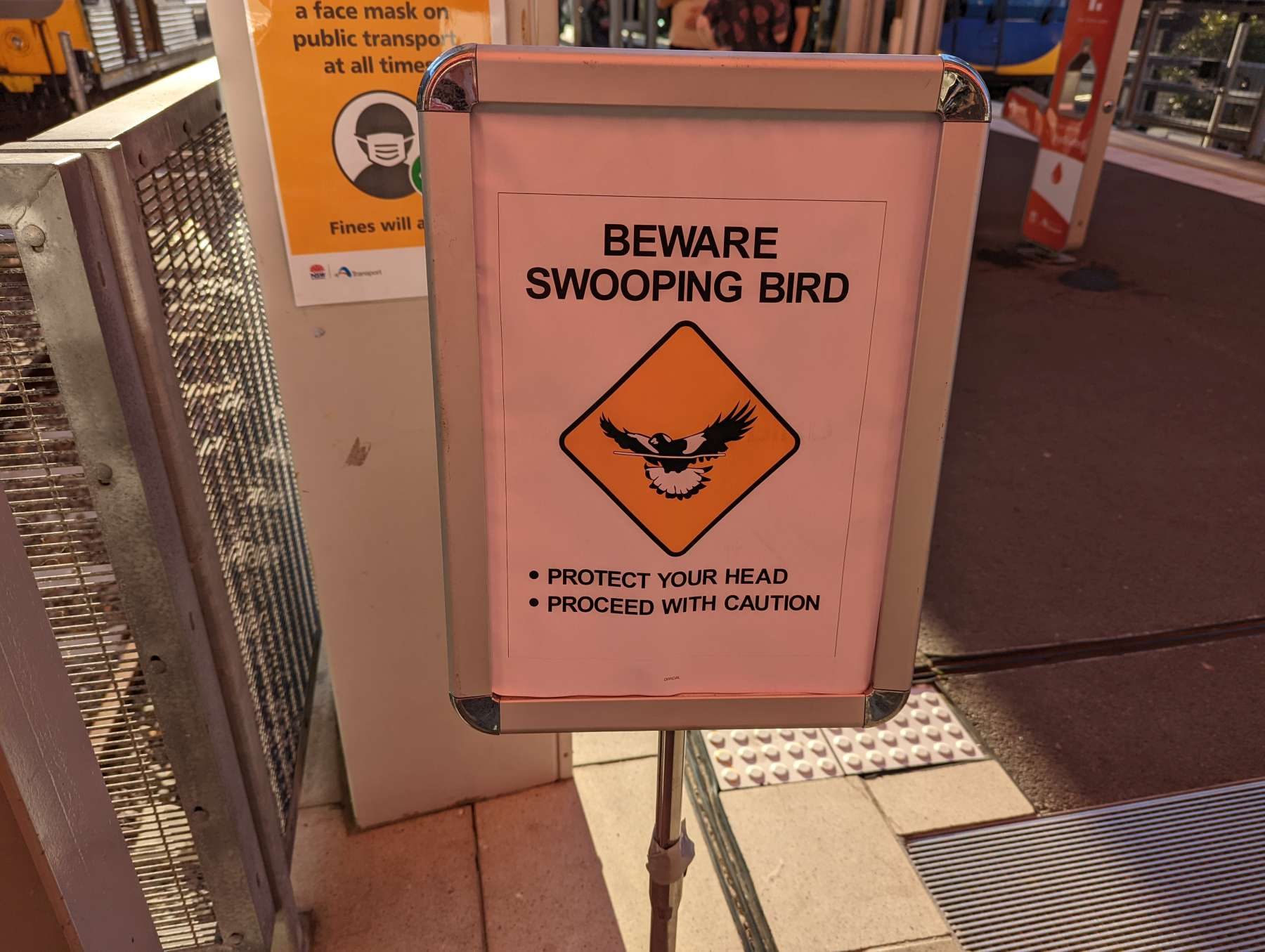 The first surprise? A sign on the platform warning people to beware of swooping birds. I know we're supposed to be kind to magpies, but after lots of traumatic childhood swooping I'm not inclined to think well of the sharp-beaked little jerks.

I've stopped working and I'm reading my Kindle, since it's night and so there's not much chance to see the surrounding countryside. The next surprise? Despite the frequent reminders that smoking and booze aren't allowed, 2 passengers on the seat across from me immediately crack open a can of bourbon and cola. The final surprise? Most passengers actually remember to tap off, even though the service is free and there are no gates. Again, on my last visit to Scone, lots of passengers skipped that step. 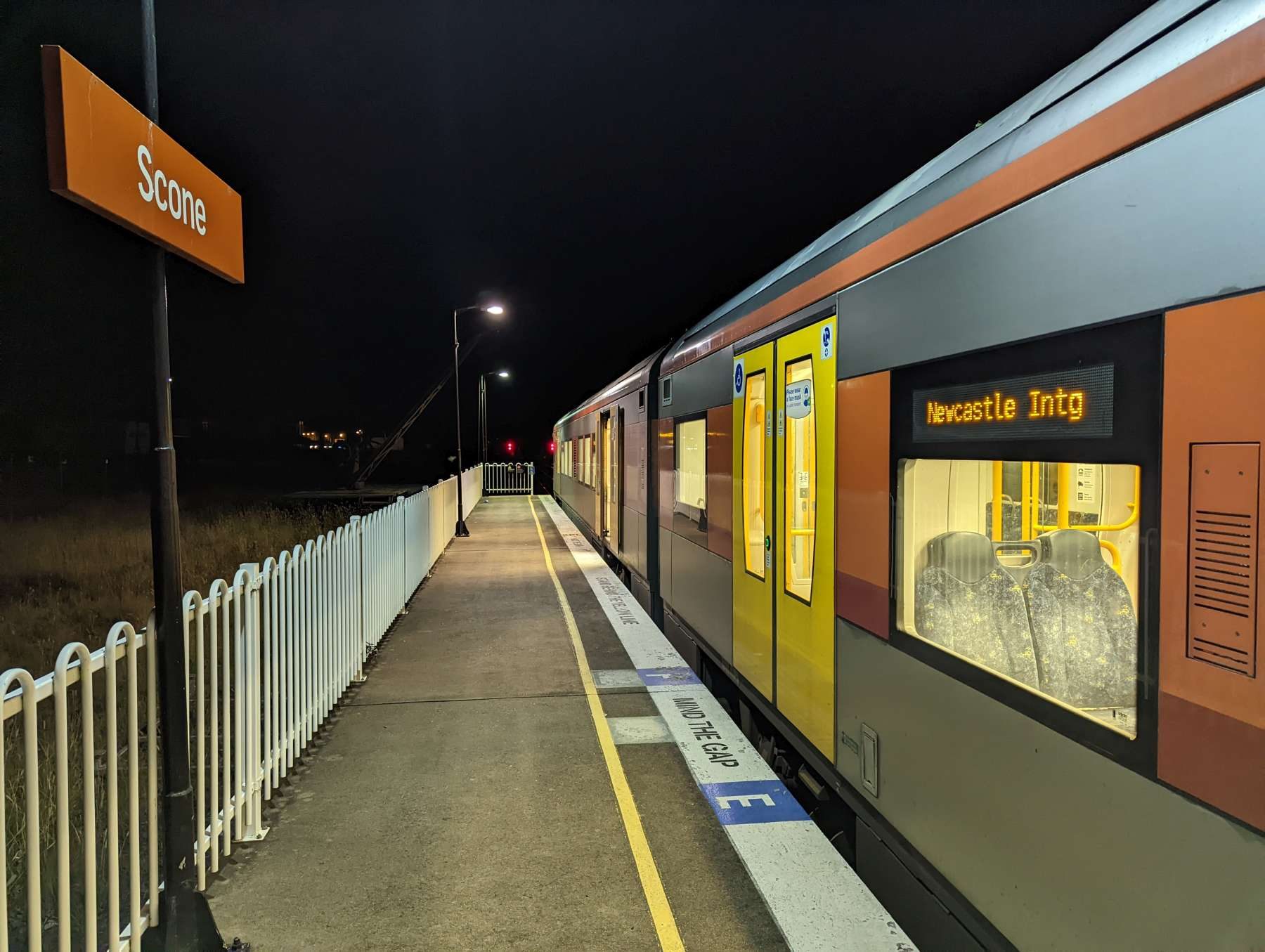 And so, some 11 hours after I've started, I've completed my 542km free travel odyssey. Okay, technically I'm going to travel back to Newcastle tonight anyway, adding even more kilometres to my total. But for the purpose of our story, the entirely-free journey ends here. 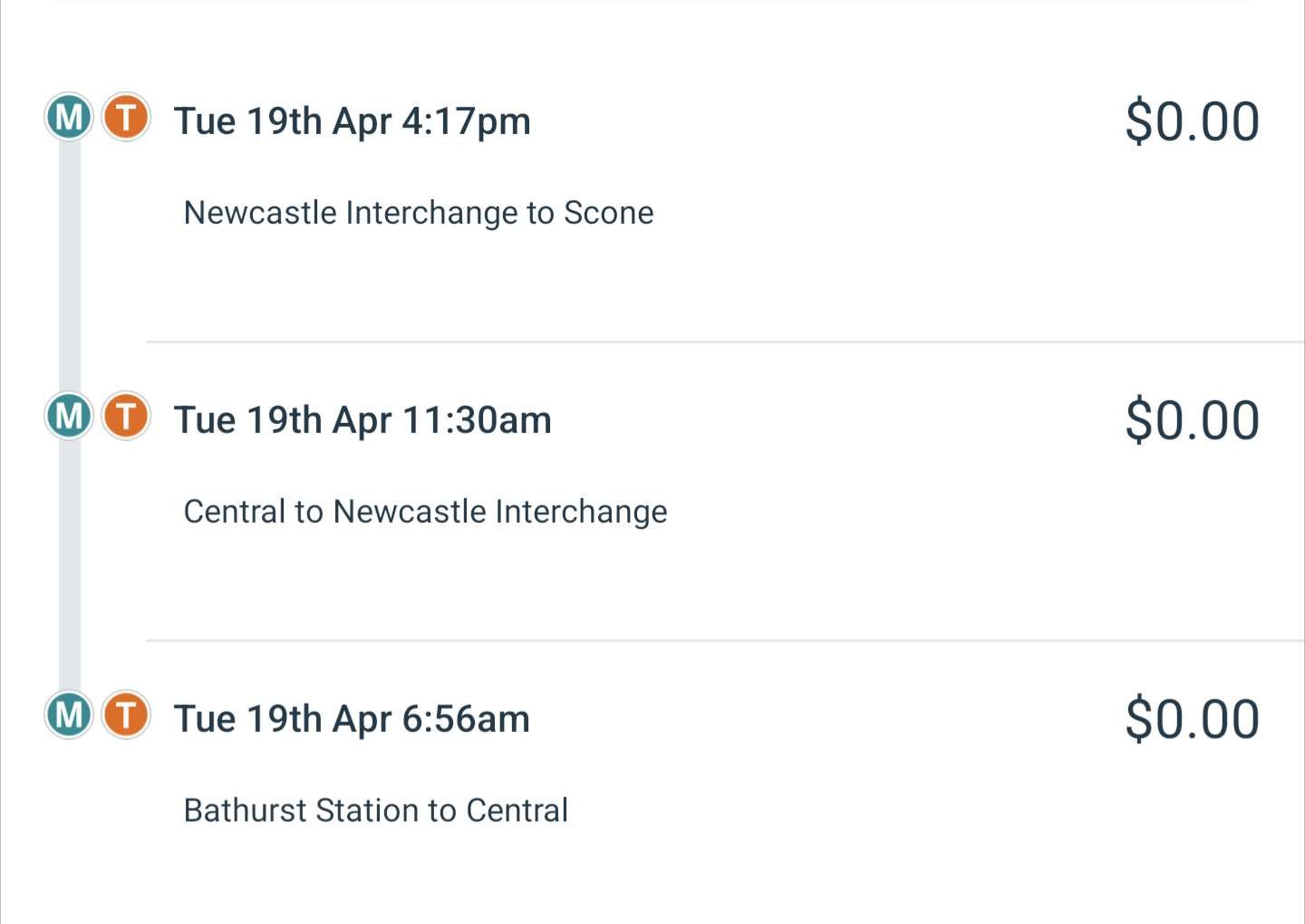 Do I expect most people to do this kind of thing? No. But if you're in Sydney this week, you should take advantage of free travel (and cut down on pollution from your car).

Want to keep your frequent flyer points balance growing for travel on something fancier than a train? Check out the latest credit card sign-up deals.