The 20 most punctual airlines: Yep, Garuda is on top 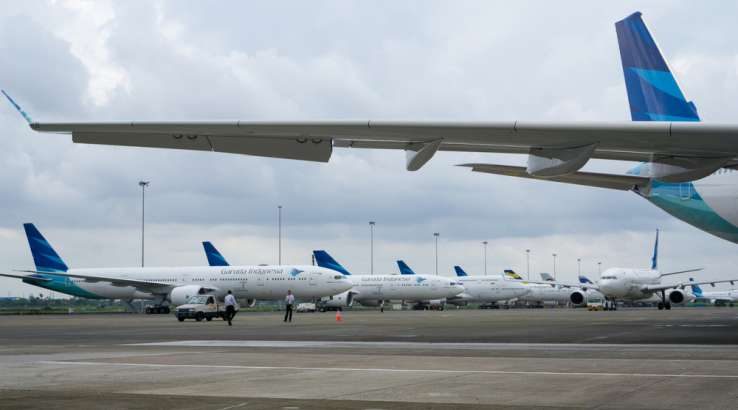 Asian airlines and airports dominate the latest OAG Punctuality League 2020 report, which ranks major carriers and cities on their ability to run flights on time.

Globally, these are the 20 airlines with the best record and the percentage of flights that were on time.

What qualifies as punctual here? A flight has to arrive within 15 minutes of its scheduled time. OAG only tracks the 250 biggest airlines in the world, so local favourites Virgin and Tigerair don't make the cut. Data for at least 80% of the flights operated by the airline or aircraft also has to be tracked.

A few things to note. The top spot has changed since last year, when Panama-based Copa took the honours. This year, it's in the number 2 slot.

Qantas makes it into the list at #18, while its Asian Jetstar operations do a little better, at #8. A factor there is likely to be the chronic crowding at Australian airports, particularly Sydney, which means flight delays tend to have knock-on effects that last for hours.

And even the top-performing airline has 1 flight in 20 running late. Bear that in mind the next time you're stuck in an airport gnashing your teeth.

OAG also ranks airports for on-time performance, and for this it considers both arrivals and departures. It also groups the rankings by size, because the operational challenges of running Heathrow are somewhat different to Coffs Harbour.

No Australian airports made the "small" top 20, though in New Zealand, Wellington was #13 and Christchurch was #19.

The clear lesson? The bigger the airport, the lower the odds you'll be on time.

As a frequent flyer, what can you do with that data? You don't have much control over airport choices. You can pick between airlines, but you might well end up favouring earning points even if a non-points airline has a better reputation, punctuality-wise.

What you should remember is that casual reputation doesn't necessarily reflect performance. I know nothing about Copa, and I have a bad opinion of Garuda and Aeroflot, based entirely on anecdotal evidence. The figures really don't bear that out.