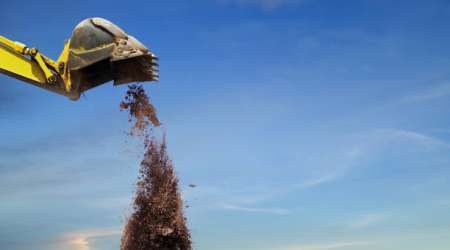 The bargain mobile plan provider is contemplating a switch of networks. What will that mean for customers?

Mobile plan provider amaysim – the largest player outside the "Big Three" Telstra, Optus and Vodafone – says it is considering moving away from using Optus' mobile network.

The change was revealed in amaysim's statement of its annual results. "amaysim has launched a competitive tender for wholesale mobile network services which would apply after its current Network Services Agreement (NSA) with Optus expires on 30 June 2022," the statement said. "This work stream is progressing well and amaysim looks forward to selecting a preferred network partner in the near term."

The company also said it plans to sell its energy business to AGL, and become a "pure play" mobile provider. It dropped its NBN broadband services in 2018.

Does the end of the contract mean amaysim will definitely drop Optus, which has been its network partner since first launching in 2010? Not necessarily.

Optus is by far the most active player in the MVNO space in Australia, with the broadest range of partners. It's often cheaper to get your service directly from an MVNO than directly from one of the Big Three. (Case in point: Circles.Life, which is offering 200GB of data for $28 a month right now.)

Telstra works with just a handful of players, with Boost, ALDI Mobile and Woolworths Mobile the most prominent. Ditto for Vodafone; providers using its network include Kogan and Lebara.

The fact that amaysim is announcing its intentions almost two years out from when the current deal ends suggests a commercial tactic, designed to remind Optus that it could go elsewhere if the terms aren't right. We'll have to see.

If it happened, what would the change mean for customers? Not much, assuming amaysim maintains similar data levels as its current offering. I'd expect that to happen. It makes no commercial sense to switch to a better network but radically slash the volume of data you offer, and amaysim's pattern to date has been to increase data allowances over time.

Coverage for all three of the major phone networks is very similar in major population centres. In regional areas, Telstra does enjoy an advantage, but that really depends on where you are.

I've tested all three networks in some highly remote areas. It's entirely possible to find locations where Optus or Vodafone works, and Telstra doesn't. If you're a current amaysim customer, that will be a consideration if its network choice does change. But as all its plans are month-by-month, switching wouldn't be a major drama.

I've been an amaysim customer myself since 2010, and I've always been happy with the service. For much of this year, I've enjoyed the unlimited data offer it provided for existing customers. But if it does change network partners, I'll be ready to take a fresh look, based on how the reception is at my home and what the plans end up including.

Want better value from your mobile plan? Compare your options and switch today – it's easy!