Why Air Europa could become more attractive to Australians 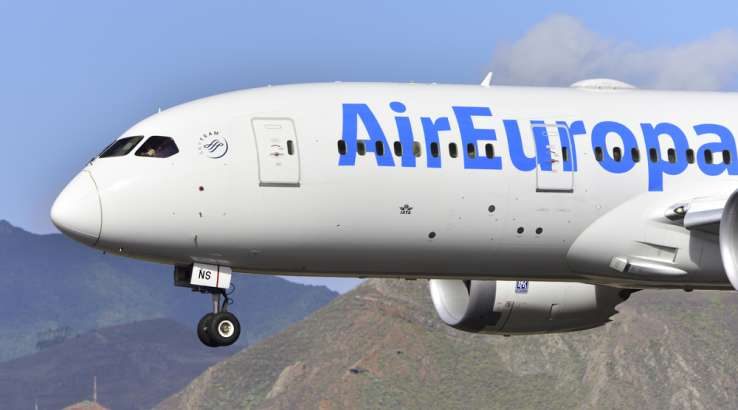 The Spanish airline's frequent flyer options will change following its buyout by IAG.

Australian frequent flyers may eventually have another option to consider when flying to Spain or across the Atlantic, following the announcement that flight giant IAG is buying Europa Air in a €1 billion deal.

That change is going to be complicated and take a while, however, so let me spell out what it might mean.

IAG is the company that owns (amongst other airlines) British Airways, Iberia and Aer Lingus.

It is purchasing Air Europa as part of a plan to boost Madrid's status as a major European hub. Expansion options at London Heathrow, IAG's other main hub, are limited, especially because of long-running and unresolved arguments about adding extra capacity.

Air Europa operates its own frequent flyer scheme, SUMA, and is a member of the SkyTeam airline alliance. That hasn't generally been a popular choice for Australian frequent flyers, since there are no local airlines in the scheme and no direct way to earn points for it through Australian credit cards.

However, under the ownership of IAG, that's likely to change somewhat. British Airways and Iberia are both members of the rival oneworld alliance. Qantas is also a key oneworld member, and more than 12 million Australians are members of Qantas Frequent Flyer.

If Air Europa eventually shifts to oneworld, then its routes and flights would allow Qantas Frequent Flyers to earn points and redeem award flights. So will that happen?

That certainly hints at a stronger relationship with partner airlines. However, the announcement tellingly stops short of saying that Air Europa will leave SkyTeam or join oneworld.

There's some precedent for assuming that won't happen. IAG acquired Aer Lingus in 2015. Aer Lingus had been a member of oneworld up until 2007 and it was widely assumed that it might rejoin following the buyout.

There are a lot of variables here. Air Europa would have to give notice to leave SkyTeam, a process that would take some time. Its integration into Avios doesn't automatically mean that it will become a oneworld member, although that's certainly a possibility. And with approval of the merger not expected until 2020 and Avios integration promised by 2025, it's not going to affect anyone's short-term plans.

Nonetheless, I'll be watching with interest. The more airlines on offer, the easier it is to score a reward flight, and I'm not averse to a stop-off in Madrid as part of that process.