Which video conferencing tools are fastest in Australia? New ACCC research shows which services struggle, and which states are missing out.

Been struggling to get your video conferences working well from home? One big factor might be the service you're using.

The Australian Competition and Consumer Commission (ACCC) has just released its first Critical Services Report, which measures how well video conferencing services have been performing during the coronavirus pandemic. The report measured performance across a representative pool of consumer connections during May 2020.

The key metric for video conferencing services is latency, which is (very roughly) the delay in sending and receiving video and voice. Too much latency means you'll experience freezes and dropouts. Here's how the six platforms the ACCC measured performed across the day. Higher figures mean worse performance. 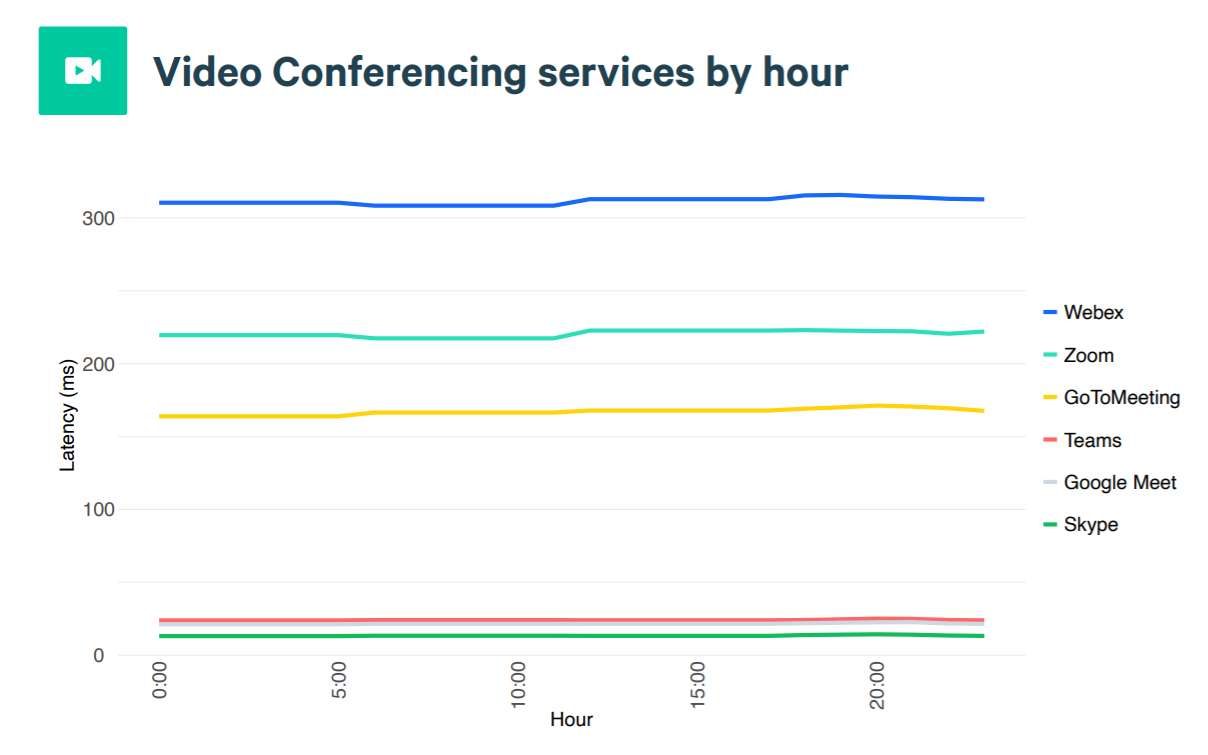 Latency is directly linked to where servers are located. Google Meet, Microsoft Teams and Skype have Australian servers, which means they perform notably better than Zoom, Webex or GoToMeeeting. Those services use overseas servers: generally Singapore for GoToMeeting, the Netherlands for Webex and the US for Zoom, according to the report, though calls can be routed through other servers as well. Zoom does have servers in Sydney and Melbourne, for instance, as does Webex in Sydney, but clearly these aren't always being used for Australian calls given the latency differences.

Even within Australia, location matters. The report looked at state variations for the three services with Australian servers. Western Australia had much higher latency with Google Meet and Teams, which suggests users in that state are being connected to east coast servers. 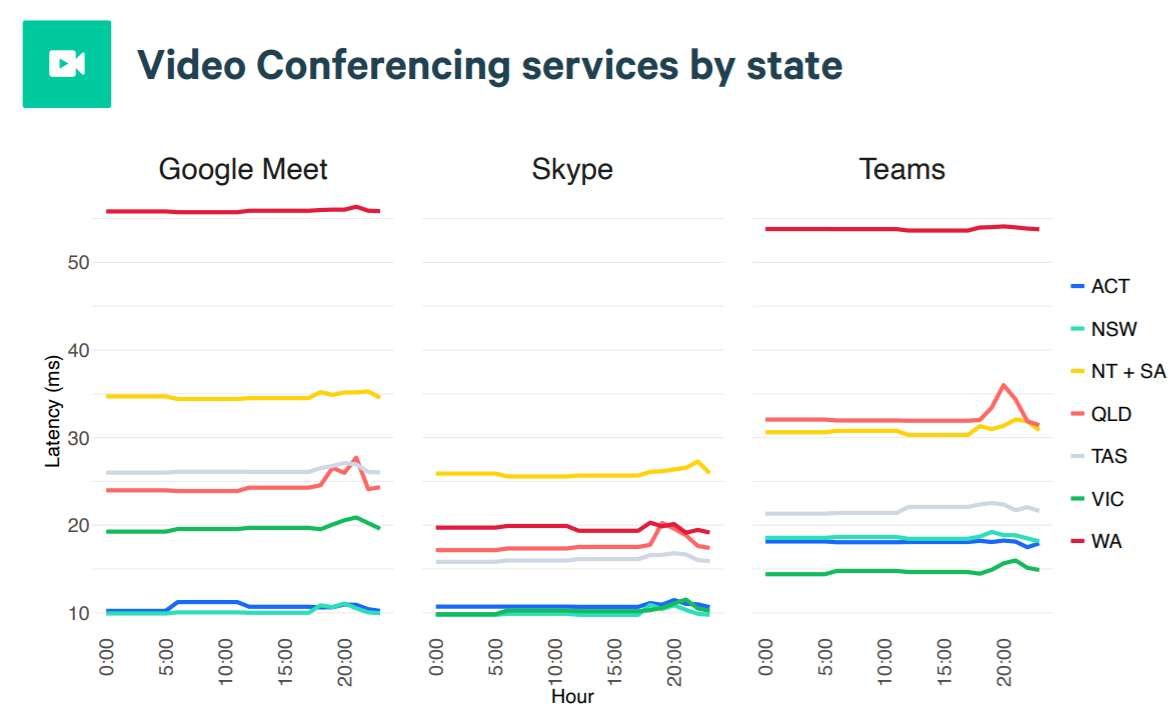 As you can see on both charts, performance doesn't vary much across the day. That's a little unexpected, given that overall NBN demand always peaks in the evening, as people settle down to watch streaming services.

The speed of your NBN plan makes less difference to video conferencing. "Video conference platforms work equally well across both NBN 50 and NBN 100 plan speeds," ACCC chair Rod Sim noted in a statement announcing the report. However, if you're on an NBN 25 plan, you'll want to switch to a higher speed if video conferencing is a regular need.

These figures might have been much worse if NBN Co hadn't introduced measures to improve network performance during the pandemic.

"NBN Co's decision at the outset of COVID-19 restrictions in March to offer retail service providers 40 per cent extra network capacity for no extra cost was a major factor in preserving the quality of broadband services for consumers," the ACCC's Sim said.

You might be stuck with the video conferencing platform your employer has selected. But if you're having major issues, these figures underline that switching could make a real difference.

Not sure which platform you should be using? Check out Finder's selection of the best video conferencing tools.