Why air fares in Australia are about to go up 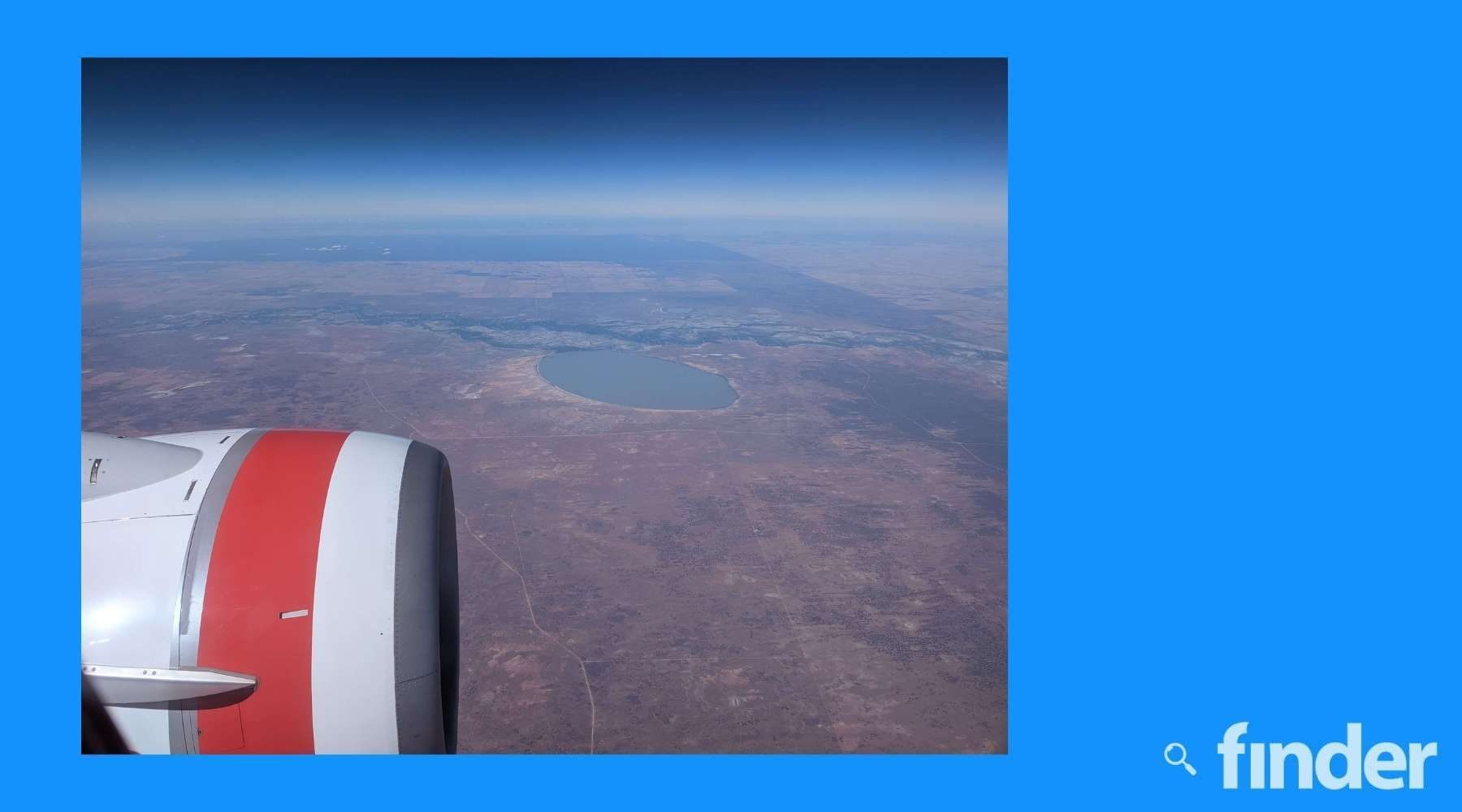 As jet fuel prices surge, just how much more will you pay?

The Australian Competition and Consumer Commission (ACCC) issued the warning in its latest regular report on airline competition in Australia.

"While travellers have benefitted from generally low airfares over the past year as airlines encouraged people back to the sky, historically high prices for jet fuel means we are starting to see fares rise again," ACCC commissioner Anna Brakey said.

Airlines have been offering low prices to entice consumers nervous about travelling.

"Easter 2022 was the first holiday period since the beginning of COVID-19 where the lowest price of discount airfares rose materially relative to the previous month," the ACCC's Airline competition in Australia report said. "Airfares did not rise materially in previous holiday periods since the beginning of the pandemic with the airlines encouraging travel during periods of depressed activity."

Passenger numbers have largely recovered from the impact of the pandemic. In April, 4.5 million passengers flew on domestic flights, which is 89% of the levels before COVID.

"Airlines and airports enjoyed strong demand at Easter, but the combination of high passenger numbers and staff shortages created operational challenges for them," Brakey said.

COVID continues to impact airline reliability. On-time departures during Easter were just 62%, with airlines scrambling to find crew due to staff isolating.

"We will be monitoring the airlines' pricing behaviour and looking out for conduct that may harm competition to the detriment of consumers," Brakey said. "This will be increasingly relevant as the industry enters a more stable period after the disruption caused by COVID-19."

How much will air fares rise?

While the ACCC is predicting a rise, it hasn't ventured a guess as to how big that rise will be. Domestic air fares are highly variable, with time of year, school holiday periods and external economic factors all playing a role.

You can see that variability in the chart below, tracking how fares have moved since 2019. This doesn't represent prices directly, but shows how they've varied relative to a starting point of July 2003. 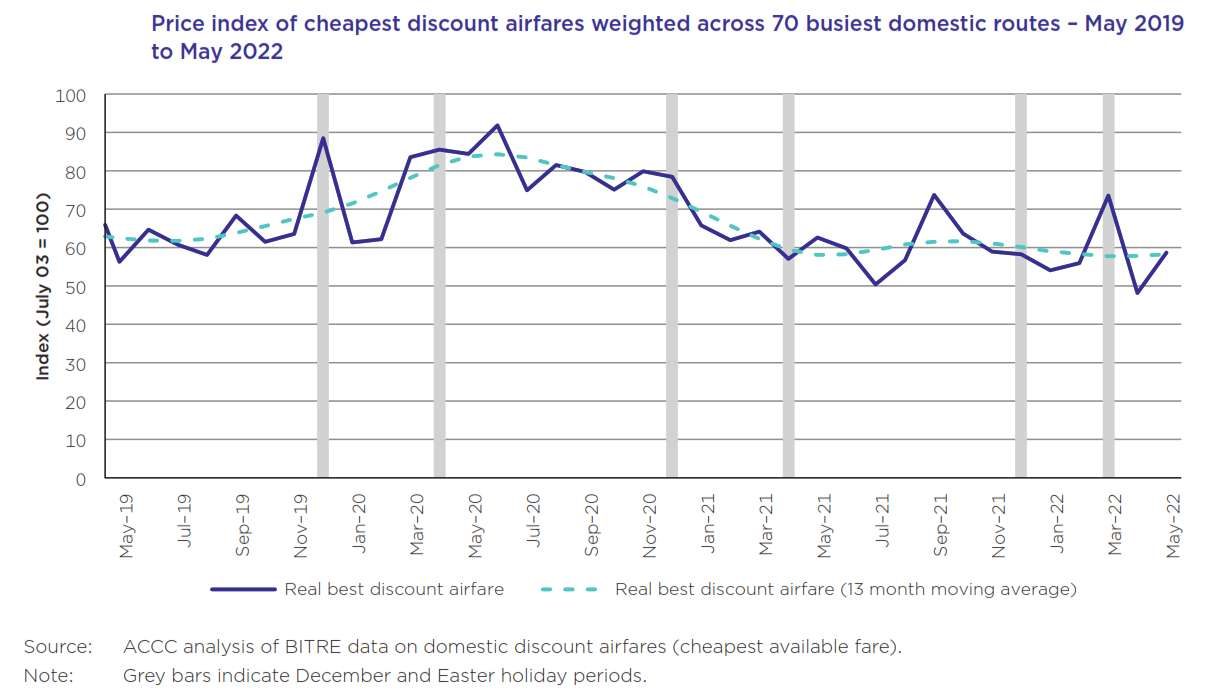 In practice, you'll still find cheaper fares if you're willing to be flexible. Mid-week flights are often cheaper than during the week. Buying during flight sales can keep your ticket costs down.

Unsurprisingly, on routes which have competition from the 3 major domestic players Qantas (including its subsidiary Jetstar), Virgin Australia and Rex fares turn out to be lower. The ACCC calculates that 43% of flights in April were on routes which all those airlines compete on.

"We know that passengers are the winners when flying on routes where the Qantas Group, Virgin and Rex are all vying for customers," the ACCC's Brakey said.

One other variable is the expected launch of Bonza, a new domestic low-cost carrier, in the second half of the year.

However, as I've noted before, Bonza will not be offering super-low fares. Many of its regional routes don't have direct competition, or already feature high prices.

Bottom line? Expect domestic air fares to rise. In those circumstances, having a bank of frequent flyer points you can spend on flights definitely makes sense.