Ever wondered what the largest 20 exchanges in the world are? Well here they are.

To help investors understand the size and opportunities that exist in the global financial markets, we’ve put together this handy list of the top 20 largest exchanges. 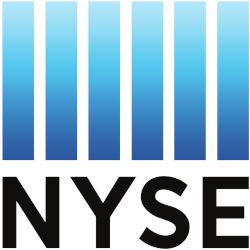 Dating back to 1792 the New York Stock Exchange (NYSE) has grown to become the largest stock exchange in the world based on the total market capitalisation.

Located on Wall Street in New York the exchange is open for trading Monday through Friday from 9.30am to 4pm local time, with the exception of holidays.

Sometimes known as “The Big Board” the NYSE operates as a continuous auction format where traders can execute stock transactions on behalf of investors.

Market Capitalisation: As of 31 August 2021 the NYSE had a listed market cap of US$26.6 trillion. 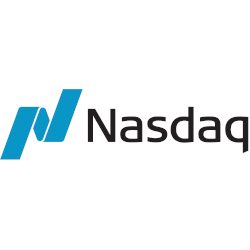 The Nasdaq stock market is another New York City based stock exchange system, albeit slightly smaller than the NYSE.

Founded in 1971 as the world’s first electronic marketplace. Its name is an acronym for National Association of Securities Dealers Automated Quotations.

Due to its technology focus, most of the world’s technology giants now list on the Nasdaq.

Market Capitalisation: As of 31 August the Nasdaq had a listed market cap of US$23.46 trillion. 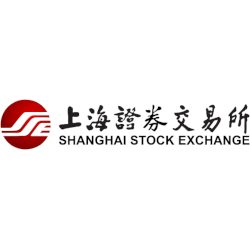 The Shanghai Stock Exchange is 1 of 2 exchanges operating independently in mainland China and has grown to become the largest exchange in Asia based on market capitalisation.

The current version of the Shanghai stock exchange was established in 1990, although it is not entirely open to foreign investment.

The exchange operates on 2 boards with the Main Board consisting of larger well established companies while the STAR Market is where smaller companies are listed.

Market Capitalisation: As of 31 August it was valued at US$7.63 trillion. 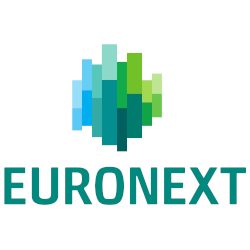 The Euronext stock exchange is 1 of 2 markets on this list that are actually not country based.

Instead, the market gives investors access to 7 different exchanges that have come together: Amsterdam, Brussels, Dublin, Lisbon, Milan, Oslo and Paris.

It was founded as the Amsterdam Stock Exchange in 1602 and rebranded into a consortium in 2000. The consortium operates out of Amsterdam and Paris.

Market Capitalisation: As of August, Euronext had a market cap of US$7.33 trillion. 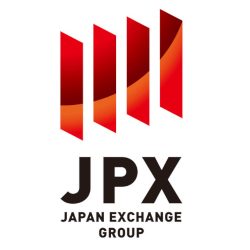 The Tokyo Stock Exchange (TSE) is the main stock market in Japan and is one of the largest in the world.

Located in Tokyo, the exchange first opened in 1878 primarily trading in government bonds, before moving into shares post World War 2. Its operating hours are from 8:00-11:30am, and from 12:30-5:00pm.

With over 2,000 companies listed and over $6 trillion in assets, the Tokyo Exchange is now the fifth largest in the world.

Market capitalisation: As of 31 August the exchange was valued at US$6.79 trillion. 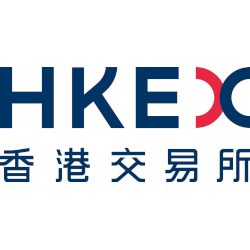 Founded in 1891, the Hong Kong exchange under the Association of Stockbrokers in Hong Kong has grown to become one of the largest in Asia.

Since its small beginnings the exchange has grown to house more than 2,300 companies.

Data released from the country's financial magazines show more than 50% of the companies listed on the exchange are now owned and operating in mainland China. 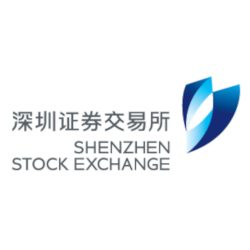 The second of the 2 Chinese stock exchanges that operate in mainland China, Shenzhen’s market has grown to be the fourth largest exchange in Asia. 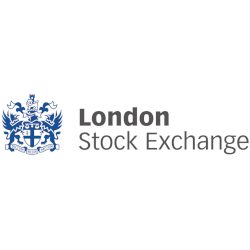 London Stock Exchange is one of the oldest exchanges in the world, with its origins being traced back to coffee houses of the 17th century.

Fast forward to today and the exchange is now almost entirely electronic, processing millions of trades per day for over 3,000 companies operating in over 60 countries and 40 sectors.

With some notable companies listed on the exchange, it has grown into one of the largest exchanges in the world. 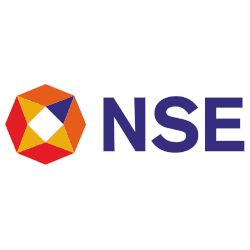 The National Stock Exchange, located in Mumbai, is the leading stock exchange in India.

First established in 1992, the market has gone from strength-to-strength although still remains a small percentage of national GDP, especially when compared with corporations listed on other exchanges.

Despite having only a minority of India’s 7,400 listed companies on the National Stock Exchange compared with the Bombay Stock exchange, it still remains the larger of the 2 markets.

Market Capitalisation: As at 31 August the NSE had US$3.4 trillion. 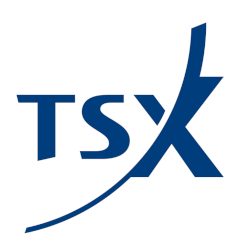 The Toronto Stock Exchange, located in Toronto, Canada, is the tenth largest exchange in the world and is the third largest in North America.

Established in 1852 by the TMX group, the Toronto Stock Exchange (TSX) is the most significant stock exchange in Canada.

Made up of major Canadian companies, the TSX allows investors access to securities that aren’t listed anywhere else, in particular, some of the world’s largest resource companies. 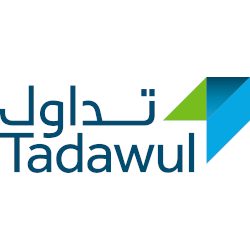 The Saudi Stock Exchange, or Tadawul, formed in 2007 as a joint stock company, and is the sole authorised entity to trade in the country.

Tadawul is considered the largest capital market in the Middle East and North Africa.

Investors can trade between 10am and 3.10pm local time, with a few more than 200 companies listed on the exchange. 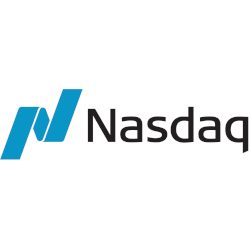 The Nasdaq Nordic is the common name for the subsidiary of the US listed Nasdaq that provides a marketplace for companies in the Nordic and Baltic regions of Europe.

The market is made up of stocks sold by companies in countries including Sweden, Finland and Denmark that can be traded in one place. Combined, it’s one of the biggest exchanges in Europe.

Well known stocks: Vitrolife, Volvo A and B, Nordnet, SimCorp and Zealand Pharma. 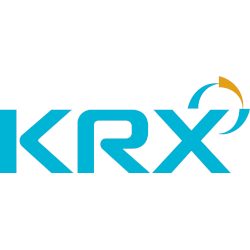 The Korea Exchange is the sole securities exchange that operates in South Korea. Its headquarters lie in Busan but it also operates out of Seoul.

Established in 2005, the market allows investors to trade stock and futures, with over 2,000 companies currently listed on the exchange. 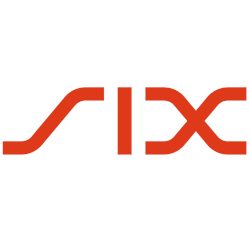 The SIX Swiss Exchange is the principal stock exchange in Switzerland.

It is now based out of Zurich, although its origins trace back to the 1850s. 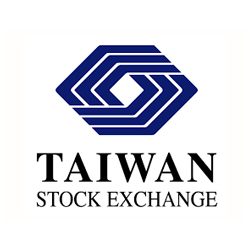 One of the younger exchanges on this list, the Taiwan Stock exchange was founded in 1962 and is now located in Taipei Taiwan.

It is currently one of the largest Asian stock exchanges in the world based on market capitalisation allowing investors to purchase Taiwan based companies. 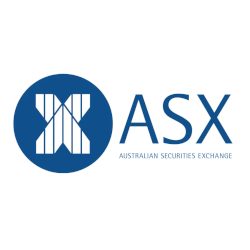 Beginning in 1987 before forming with the Sydney Futures Exchange, the Australian Stock Exchange is the largest exchange in Australia.

The market hosts the majority of Australia’s largest listings. It follows the country's natural resources, with many of its largest investments being in the mining sector.

Investors on the ASX can trade in shares, structured products, warrants and equity derivatives. 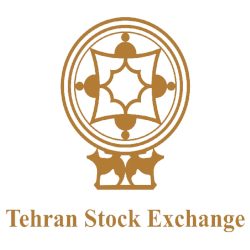 The Tehran Stock Exchange is Iran’s largest exchange, formed in 1967.

Since its humble beginnings the exchange has become one of the largest in the world and now hosts more than 660 companies.

With the majority of its businesses based in Iran, many of the larger companies listed are oil based. 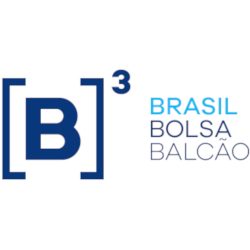 Located in Sao Paulo, the Brazilian Bolsa Balcao is the second oldest exchange in Brazil.

Formerly known as BF&M Bovespa, the exchange first started in 1890, hosting some of Brazil’s largest companies.

It has since grown to have over 400 companies listed on the exchange. 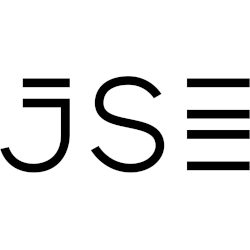 Rounding out this list is the oldest and largest stock exchange in Africa, the Johannesburg Stock Exchange.

Founded over 130 years ago, the exchange has grown to have over 340 stocks listed on it.

It now does in excess of US$30 billion in trading volume per month.

Disclaimer: This information should not be interpreted as an endorsement of futures, stocks, ETFs, CFDs, options or any specific provider, service or offering. It should not be relied upon as investment advice or construed as providing recommendations of any kind. Futures, stocks, ETFs and options trading involves substantial risk of loss and therefore are not appropriate for all investors. Trading CFDs and forex on leverage comes with a higher risk of losing money rapidly. Past performance is not an indication of future results. Consider your own circumstances, and obtain your own advice, before making any trades.
Was this content helpful to you?
Thank you for your feedback!

Cameron Micallef is an investments writer for Finder. He has previously worked on titles including Smart Property Investment, nestegg and Investor Daily, reporting across superannuation, property and investments. Cameron has a Bachelor of Communication and Media Studies/ Commerce from the University of Wollongong. Outside of work Cameron is passionate about all things sports and travel.