Finder to the Node: Has NBN imploded its own value proposition? 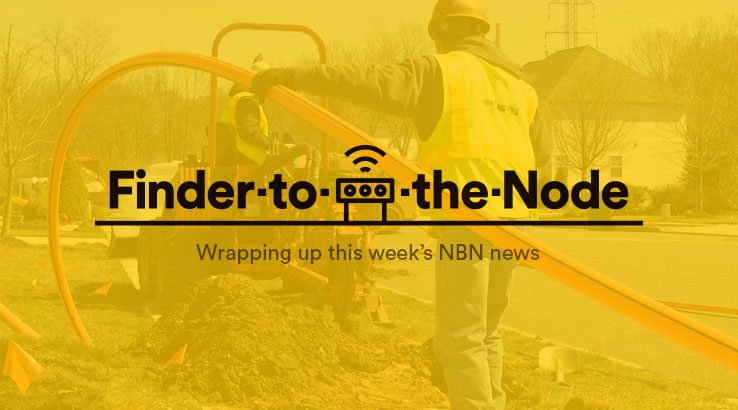 Ex-NBN Co CEO says NBN can't make it with the multi-technology mix it's been built on in our round-up of all the week's NBN news.

We're nearing the end of the formal build process for the National Broadband Network, with NBN Co itself recently stating that it's on track for completion by the end of June 2020.

So what lies next? According to ex-NBN Co CEO Mike Quigley, while we wait for NBN Co's new corporate plan, due later this week, there are serious unanswered questions relating to further builds, maintenance and ongoing profitability.

Speaking to the AFR Quigley cast doubts on NBN Co's ability to further raise the average revenue per user (ARPU) it currently earns.

"It is very difficult to predict what the numbers will come out like. I personally hope the company will be cash-flow positive in 2022, because I would like to see the NBN succeed as a piece of public infrastructure," he said.

"Having said that, there is no doubt that the changes made by the Coalition in 2013 has made the viability of the NBN much more marginal."

Quigley doesn't mince his words in relation to government claims around costing for the original Fibre to the Premises model that was abandoned in favour of the multi-technology mix.

"They've now got a network with much higher operating costs and much lower ability to generate revenue than FTTP," he said.

"It is absolutely true that it would have taken a couple of years longer to build FTTP, but all of the data from everywhere around the world shows big decreases have taken place in the costs of building FTTP.

"Any sensible analysis of the statement made by the previous minister that it would take eight years longer and $30 billion more shows he was talking complete nonsense ... From what we know now, it is quite possible that we would have built that original FTTP network for peak funding costs of $45 billion."

Quigley does note that we're too far along the MTM build process to reverse track, he notes that NBN Co has so far been vague about its future upgrade and maintenance plans.

Verizon signs up with NBN for enterprise deal

Verizon isn't a business name that will be all that familiar to too many Australians, but this week the US telecommunications giant became NBN Co's latest customer.

As per the ARN, Verizon has signed on for access to NBN Co's Enterprise Ethernet product, which will enable it to provide broadband services to its government and business customers by the end of the calendar year.

Verizon's services down under are exclusively business-based, so don't expect to get a Verizon flyer in your letterbox when NBN services become available in your area.