Finder to the Node: NBN hits a profit 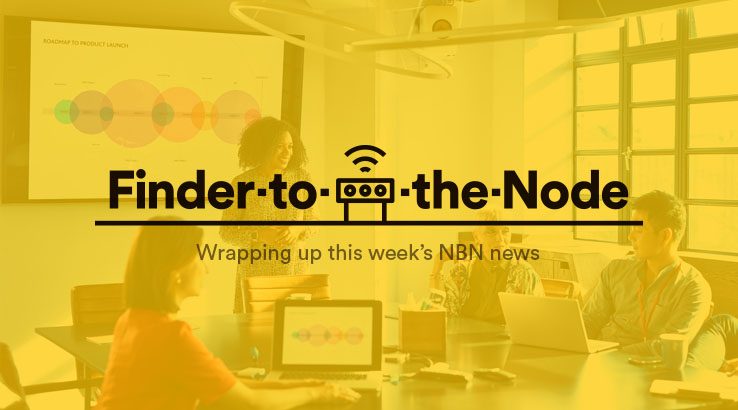 NBN Co makes money and stands firm on CVC pricing in our round-up of all the week’s NBN news.

NBN Co, the company building the National Broadband Network released its annual financial results last week. Its baseline figures look like they're improving, with $2.83 billion in revenue, which translated into earnings (or to be strict, Earnings Before Interest, Tax, Depreciation and Amortisation, AKA EBITDA) of $608 million.

Comparatively, NBN Co reported a $103 million loss for the previous financial year. It also managed to bump up its average revenue per user to $46, up $2 on the previous year's figures.

In terms of build progress, NBN Co states that 85% of its build process is now complete. This is a 10% rise over the previous year and indicates that it's on track to complete the build by 30 June 2020.

The constant story that ISPs (internet service providers) have told around pricing for NBN plans is that their hands are tied due to the high cost of Connectivity Virtual Circuit (CVC) access as charged by NBN Co. We've seen everyone from the smaller ISPs all the way up to Telstra bemoan the state of CVC pricing, with many calling for it to be reduced or scrapped altogether.

NBN Co still isn't keen on the prospect. As ITNews reports, during the media call for its 2019 Financial Year results, Brad Whitcomb, NBN Co chief customer officer for residential stated that it was "more likely" to keep the CVC charges as they are.

"The CVC construct does stretch back a number of years and therefore our IT systems and our retailers' IT systems are designed around this AVC/CVC [price construct]. It would be somewhat complex to go do an AVC-only model," Whitcomb is reported as saying.

Instead, Whitcomb favours a model where ISPs get more within each bundle it sells, pointing to a 500kbps speed boost for 100Mbps plans as a recent example of that kind of thinking.

"We do recognise though that the retailers looking for more certainty in pricing and therefore our general approach is more likely to be increasing the inclusions in the bundles such as what we've announced on our NBN100 bundle, increasing it by 500Kbps which is a significant increase at no added cost," he said.

The current NBN Wholesale price review is throwing up a whole raft of conceptual approaches NBN Co could take in its future business, including (as reported by ITNews) the prospect of a new, slightly faster consumer NBN plan tier.

Current NBN plans typically sell at 12/1, 25/2, 50/20 and 100/40 Mbps speed tiers, although those are maximum speeds you're not likely to see on a continual basis, especially on connections that don't rely on pure fibre for the entire journey.

While the full Fibre connection, and some of the upgrade paths for HFC do allow for speeds of up to 1Gbps down, very few retailers have offered these plans, again blaming the way CVC pricing forces the costs up.

NBN Co is mooting a potential consumer shift for the top-tier 100Mbps plan, with a boost downstream to 110Mbps, but a cut to just 20Mbps upstream in return. It appears that the plan would be to offer both 100/40Mbps and 110/20Mbps plans, but to section off the 100/40Mbps plans as "business only" products.

So why would this matter? It depends on your usage. If you predominantly just download content, such as streaming lots of 4K Netflix, then that extra speed downstream could make something of a difference on a busy connection, and you might never notice the cut in upload speeds.

Conversely, folks who send a lot of data upstream, and especially YouTubers or Twitch Gamers might find themselves needing to sign up for business plans if the proposal goes ahead.