Finder to the Node: If the NBN is fine, why are telcos getting fined? 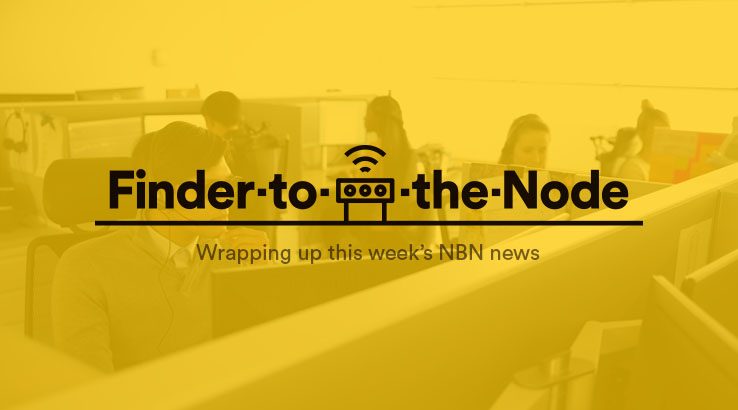 Telcos are under pressure for dodgy sales tactics in our round-up of the week's NBN news.

When you're choosing an NBN plan, your ISP (internet service provider) is required to provide you with a key facts sheet that outlines in plain language the costs, speeds and features of your plan. An ISP should also provide much of this detail simply in its advertising as well.

It's a standard set-up by the Australian Communications and Media Authority (ACMA) to ensure that consumers are properly informed when choosing an NBN plan.

So what happens when ISPs break the rules? The ACMA gets out the heavy ruler and gives the offending ISPs a healthy financial whack across the knuckles. This week, the ACMA announced that it has issued infringement notices with a combined value of $88,200 against 7 NBN ISPs.

In a statement, Fiona Cameron, ACMA Authority Member stated that "Telcos need to provide information that will assist consumers to choose an NBN plan that suits their needs and if they don't, they will be held to account. These financial penalties send a strong message to telcos that they need to comply with the rules."

Choosing the right NBN plan can be the difference between having a great value experience and spending too much money on an underperforming mess, so it's vital to properly compare with all the relevant information to hand.

That's tricky to do over the medium of a telephone call, but that hasn't stopped numerous ISPs from using high-pressure sales tactics to try to get consumers to sign on the dotted line. The Telecommunication Industry Ombudsman (TIO) released its latest report, "Misleading telemarketing of NBN services" looking into the issues around NBN telemarketing issues.

The TIO says it received some 1,729 complaints relating to NBN telemarketing between January and December 2018.

Judi Jones, TIO Ombudsman said "Consumers are being told information about moving to the NBN that is simply not true and puts them at a disadvantage. This is concerning behaviour from a small group of phone and Internet providers and should stop. In some cases we have shared information about this issue with the relevant regulators so they can consider further action.

"Moving to the NBN is not automatic, and consumers need to know they can make a measured and informed decision about which NBN provider is right for them."

The TIO's report highlights dodgy telemarketing practices such as callers misidentifying who they're working for, suggesting that you won't be able to continue with your existing ISP under the NBN or suggesting that consumers may lose access to phone or Internet services unless they sign up posthaste.

While there are windows of disconnection related to a premises being declared ready for service, typically 18 months, consumers should still consider their choices carefully. Most concerning, the TIO's report highlights that some telemarketers are providing inaccurate or unclear information about the plans that consumers are signing up for. It's a particular problem for older Australians who may be more easily confused about the details of a plan or their precise Internet or telecommunications needs.