Finder to the Node: NBN Scams on the rise as high speed plans tumble 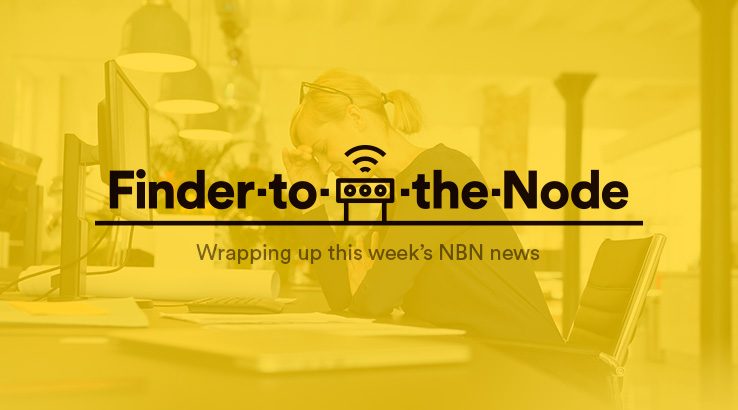 Australians are losing $110,000 per month to NBN scammers, while true high speed plans get cut in our round-up of all the week's NBN news.

One of the sad realities of the technology age is that it's made scamming significantly easier than ever before. The ACCC released figures this week that suggest that Australians are falling for NBN scams at higher levels than ever before.

In case you're wondering what an NBN scam is, it's when an unscrupulous type contacts you, typically over the phone or via email. Claiming to be from your ISP (internet service provider), or increasingly from NBN Co, they state that there's a problem with your broadband connection which they can fix by remotely connecting to your computer. That's an easy route to your personal information and often your bank accounts.

Other scams identified by the ACCC offer to sell NBN services or reconnect services during a blackout.

According to the ACCC's figures, on average scammers scooped up at least $110,000 per month with NBN scams for the period between January and May 2019. That's alarmingly up from the same period last year, where reported figures put the total at around $38,500 per month.

"People aged over 65 are particularly vulnerable, making the most reports and losing more than $330,000 this year. That's more than 60 per cent of the current losses," Delia Rickard, ACCC Acting Chair said.

"If someone claiming to work 'for the NBN' tries to sell you an internet or phone service and you are unsure, ask for their details, hang up, and call your service provider to check if they're legitimate. Do a Google search or check the phone book to get your service provider's number, don't use contact details provided by the sales person," Ms Rickard said.

"It's also important to know that NBN does not make automated calls to tell you that you will be disconnected. If you get a call like this just hang up," she said.

Are fast NBN plans too expensive to sell?

The issues relating to CVC pricing on the NBN have long been contentious, with ISPs claiming that the prices NBN Co charges for connectivity are too high. NBN Co rebuts, stating that it's required to turn a profit as a result of its business structure.

All of that is fine philosophical chat if you're a fan of the financial pages, but it's also got an impact if you want a faster NBN service. As ITWire reports, Launtel is considering dropping its 250/100Mbps plans altogether, with Damian Ivereigh, Launtel's chief executive, explicitly stating in a blog post that the expanded cost of 250Mbps services and the smaller market as a result, means that it will most likely have to stop offering those services in Canberra.

Ivereigh notes that NBN Co is providing at least 300Mbps of free CVC, but that "This was clearly aimed at supporting 100Mbps services".

If ISPs want to sell faster plans, they've got to buy CVC explicitly for those services and no other services, which quickly becomes an expensive exercise. Ivereigh quotes figures of $3,600 per month over what's needed for a 100/40 connection as the ideal, but states that even there they're trying to cut costs by buying slightly less than that.

"We don't actually buy that much, about 600Mbps and unfortunately we are seeing some occasional congestion when two people on 250Mbps service fire up at the same time, during peak times," he writes.

"The problem is that the higher the price, as you would expect, the less people will want to buy it, but the CVC cost is the same just spread over fewer people, making our cost per service higher. A vicious cycle."

NBN threatens to cut off Canberra

But this isn't a political story.

Instead, as the ABC reports, NBN Co's automated system for reminding consumers that their 18-month window for switching to the NBN is ending may be prompting Canberra residents to switch when in fact there's no pending disconnect.

It's a feature of the Canberra broadband landscape, thanks to the VDSL2 network laid out by TransACT, and later acquired by iiNet, which falls outside the scope of the NBN's ADSL switch-off.

"Canberra is in a unique situation where some premises have a choice about whether to switch to the NBN or remain on their current VDSL2 service," an NBN representative told the ABC.

However, it's not a blanket coverage. If you're a current TransACT VDSL2 customer you most definitely can stick with your current coverage, with current iiNet owners TPG showing no signs of decommissioning its network.

If you're in an area not covered by that VDSL2 network in Canberra, you're going to have to switch at some point before your 18-month window expires or risk losing phone and Internet services.