Finder to the Node: When will the NBN sell and for how much? 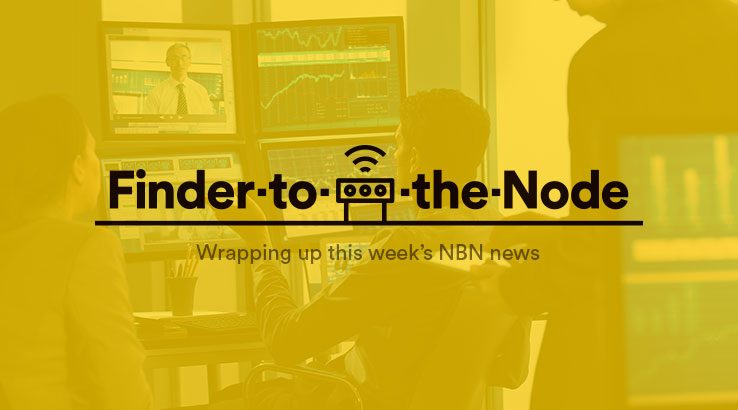 The NBN sale mooted as well as Sky Muster Plus pricing revealed in our wrap of all the week's NBN news.

NBN sale still "some way away" but value cut unlikely

The National Broadband Network project has remained fundamentally off the Federal Budget thanks to the inbuilt proposition that at some point in the future, it would be sold off and therefore remain entirely budget-neutral.

We're racing towards 2020, when NBN Co tells us the primary build will be concluded, so that must mean that the prospectus documents are being drafted up as you read this, right?

Not so fast. As Computerworld reports, based on an ABC interview, newly appointed minister for communications Paul Fletcher certainly isn't rushing into a privatisation play for NBN Co.

"It's always been envisaged that at some point, NBN would pass from government ownership into other ownership. There's a whole series of steps in the legislation that have to occur; I think we're some way away from that," Fletcher is quoted as saying.

Fletcher's focus is apparently more on the social and economic outcomes that fast broadband can bring.

"As we come to completing the rollout, I think it's timely to be looking at the question of: how do we best make use of this national asset to achieve the social and economic outcomes that it's there to produce?" he said.

The value of NBN Co is a politically contentious matter, because it directly affects the prices NBN Co charges internet providers in order to provide a commercial return. There has been significant pressure from internet providers for the value of NBN Co as a business to be written down in order for it to be able to provide lower wholesale prices, but that's a matter that Fletcher rejects, telling The Sydney Morning Herald.

"Pricing decisions are a matter for the NBN board and management. I do not come into this job with a pre-ordained view or a particular agenda about NBN pricing."

"It is not a novel proposition that those who are purchasing services on a wholesale basis from others within the telecommunications industry argue that the price is too high and that there ought to be government or regulatory action to change the prices," he said.

NBN Co announced Sky Muster Plus back in November last year, with the promise of peak speeds bursting above 25Mbps and unmetered access to basic web services.

At that time it was coy about how much the new Sky Muster plans would cost.

What's important to realise here is that these are the wholesale prices that NBN Co will charge internet providers to provide a service to end consumers.

That naturally means that any Sky Muster Plus plan will cost more than $45 per month, bearing in mind the profit desire of most companies.

So how does that compare to current Sky Muster plans? There's little doubting that it's a price jump in return for promised speeds and the exclusion of specific data types from your quota.

Currently, a basic Satellite NBN plan will typically cost you around $35 per month. You can compare Satellite NBN deals here, but there's no doubting that Sky Muster Plus will have to cost more than that.