Finder to the Node: 5G emerges, but is it a threat to the NBN? 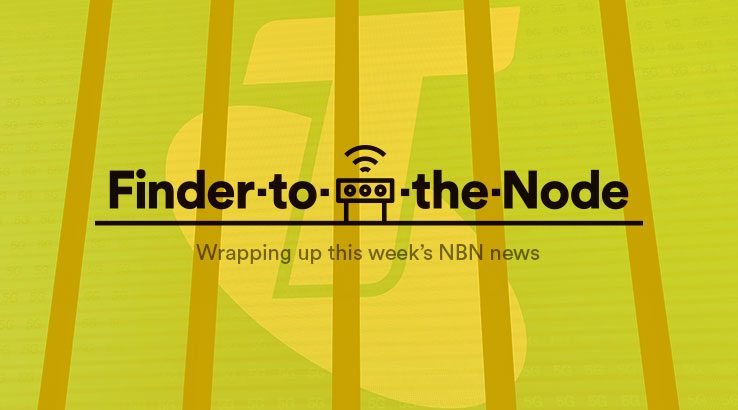 Australians can access 5G now, but is it a better bet than a fixed line NBN connection?

5G goes live, but Telstra says it's "complimentary" to the NBN

The big telecommunications news of the week has to be Telstra's public unveiling of its 5G network. Available now in 10 cities across the nation, Telstra told Finder during a media briefing earlier this week that it expects 5G speeds to eventually run at "twice those of 4G speeds".

Telstra already has the Nighthawk M2 in market with a theoretical 2Gbps ceiling on performance on its 4GX network, so that's just about it for the mostly 100Mbps NBN, right? Sure, there are 1Gbps users out there, but even Telstra only has one single customer on that speed tier.

Except that's not the whole story, and even Telstra's quite clear here. Telstra's representatives were keen to point out that it doesn't see 5G as a replacement technology for NBN, but instead a complimentary technology.

"We expect that fixed NBN will still do most of the heavy data lifting," said Kevin Teoh, Telstra Consumer Executive. "5G is complimentary to the NBN, not a replacement for it," he said.

That makes a solid degree of sense when you consider Telstra's current coverage maps as well. Telstra currently has 5G coverage in 10 cities across the nation, but it's a long way from being blanket coverage. While it has bullish plans to expand 5G coverage over the next couple of years, we're a long way from providing even the level of coverage that we see from current Telstra 4G services.

Then there's the question of actual achievable speeds. In the same location, with tests run on a Telstra HTC 5G Hub connected to a Huawei P30 Pro, I struggled to get over 90Mbps down on Telstra's as-yet-uncongested 5G network. Shortly afterwards, Telstra was able to show a Samsung Galaxy S10 5G pulling down data at over 1.2Gbps.

Mobile coverage and data speeds are always going to be highly variable, and while there's an element of that for fixed line connections too, especially on the lesser NBN technologies such as FTTN, it's far less pronounced than dropping 900Mbps of coverage in a matter of minutes.

That's also ignoring the question of ongoing costs. Telstra is set to simplify its mobile and broadband plans at the end of June, at which time 5G will become a "bolt-on" option that's free for the first 12 months of any contract, but will then cost $15 per month unless you're on the highest two tiers of any contract plan.

We've already analysed the plan pricing for the new Samsung Galaxy S10 5G, and in our opinion the best value plan is Telstra's top-tier "unlimited" plan. You wouldn't be hit with a $15 5G surcharge on that plan but it will cost you $199 per month regardless.

NBN gets its FTTN upgrade COAT on

Consumers on Fibre to the Node technologies generally have the worst connection issues of any fixed-line NBN customers. This is due to the variability of the quality of the copper used, as well as the underlying technology limitations inherent in FTTN.

NBN Co has long said that it will look to future upgrade technologies for all parts of the National Broadband Network. As ITNews reports, NBN Co will start trialling upgrades for 50 premises currently on FTTN connections to either Fibre to the Premises (FTTP) or Fibre to the Curb (FTTC) connections.

The upgrades are under an umbrella program called "Change of Access Technology", or COAT. The core idea here is that the information gleaned from performing the upgrades can inform future upgrade paths for consumers on FTTN. It's not clear where the 50 premises are located.