Finder to the Node: Can we really trust “typical evening speed” claims? 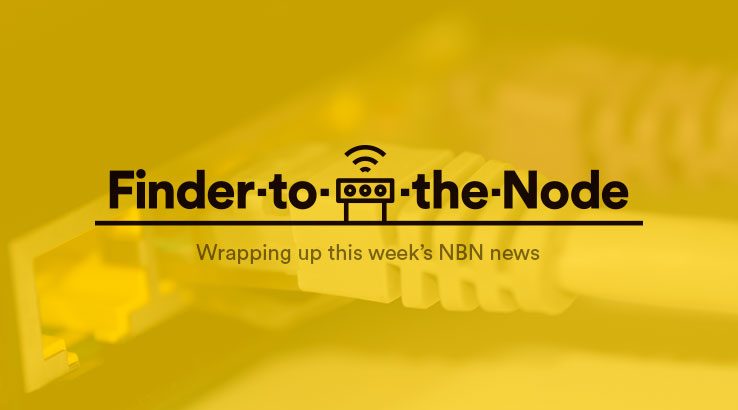 Is your ISP being entirely on the level when it comes to those average speed claims?

How fast is the NBN anyway?

As we've shifted largely from the period where the National Broadband Network (NBN) was being built into the phase where a majority of Australians are connected to it, the focus has shifted from the build progress reports to the actual speeds Australians are seeing on the national network.

That's where metrics like the ACCC's Measuring Broadband Australia report should come in, giving us a picture of what's on tap for broadband-hungry Aussies. As ITNews reports, it's not good news for every ISP (internet service provider), but it depends on how you interpret the statistics.

NBN ISPs that comply with the ACCC's guidelines for reporting typical evening speeds typically state ranges below the usual 12/25/50/100Mbps NBN speed tiers, but the report gives more detail on how well each ISP actually manages to meet even those claims. For some it's fair reading, with TPG, Optus and Telstra mostly managing to meet their speed claims. For ISPs such as Aussie Broadband or MyRepublic, the unadjusted figures are far less flattering.

However, that's including so-called "underperforming" services, which includes customers on connections where it's physically impossible to hit those peak speeds. It's entirely feasible, for example, to sign up for a 50MBps NBN plan on an FTTN connection where you might not be able to get over 30MBps. You might value the additional 5MBps over the 25MBps tier – or your provider might not supply that 25Mbps tier any more – and you'd count as an "underperforming" service. That's not a fault that lies at the feet of the ISP to speak of.

Excluding the underperforming figures paints a different picture for ISPs, including those who appear to struggle to deliver during the busy hours.

As ITNews notes, it's even more complex than just those numbers. Both Aussie Broadband and MyRepublic tend to quote slightly higher evening numbers than their counterparts, and there's virtually no transparency about how ISPs reach those figures. By setting a higher goal, both ISPs have more scope to "fail" than their lower-advertised competitors.

It creates a scenario where you could end up with a service from one of those lower-performing providers that technically failed to meet the claimed busy hours speeds as per the ACCC's figures above, but that could in fact be faster than a plan on one of the ISPs with a better percentage!

So how can you tell how good an ISP is at delivering those delicious download bytes?

There's a lot of factors at play here, because it will depend on your choice of provider, the NBN technology available to you and prevailing network conditions at the time.

That's why we're now providing you with even more tools to compare the leading NBN ISPs before you make your choice, using as many real-world metrics as we're able to source. If you're a streaming fanatic, Netflix and YouTube accessibility is key, but if you're more about gaming, Steam performance is going to matter most to you. We're also including the key ACCC data to give you a more rounded view, as well as each ISP's own typical evening speed claims.

Here's how Telstra stacks up against other NBN ISPs for you to compare.

Keen on a TPG NBN plan? Here's how its NBN services compare.

Looking to go with Optus for your NBN needs? Here's the comparative data for Optus NBN.

Looking for iiNet? Here's where you can compare iiNet's broadband speeds.

How fast do we want the NBN to be?

Australians are increasingly after that fast data too. The ACCC's more recent quarterly Wholesale Market Indicators Report indicates that there are now 5.2 million NBN services in operation, and of those services, 3.04 million are connected at plans indicated at 50MBps or better.

One of the core ideas behind the NBN was to open up access to broadband services beyond Telstra, but the ACCC report suggests it's still very much a game of Telstra vs the world, with 49.2% of all NBN services flying the Telstra flag. The TPG group sits next with 21.6%, Optus follows with 14.2%, Vocus at 8.2% and then everyone else collected makes up the final 6.8%. That final group might be a touch higher, as it also includes providers who use a wholesale NBN aggregator.

At the slower end of the pool, around a million customers are working on 12Mbps connections. If you really do feel the need for speed, and you're lucky enough to be in an FTTP area where your ISP supports it, there are a limited number of 1GBps plans available for those with the cash to pay for them.

Not that all that many are. MyRepublic has the largest proportion, with 47. That's not 47%, mind you.

That's 47 connections in total. 47 customers with that kind of speed.

Market leader Telstra, by way of comparison, has just a single solitary listed 1Gbps customer. Anyone want to bet that it's Telstra CEO Andy Penn?